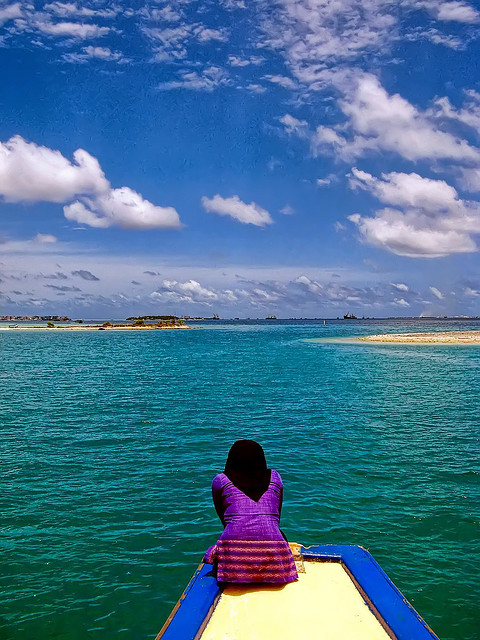 This travelogue was originally published on Women’s Web.

“Are you married?” she curiously asks me. I reply in the negative, without bothering to delve into my ‘I don’t need it’ philosophy. When I ask her the same, she excitedly tells me that she can’t wait to, that her family is eagerly looking for a suitable match, and that age has nothing to do with it.

I met her on a long bus ride from Manali to Delhi, and we got talking when she nervously approached me to say she’ll be all by herself on the journey onward from Chandigarh. She is now telling me that she can’t wait to get married so she’ll have someone to travel with. “My parents don’t allow me to travel with friends, unless there’s another girl in the group,” she confesses, “That rarely happens. And I can’t fathom travelling alone in India.” It had never occurred to me until now that having company to travel could be reason enough for someone to get married. Then again, it’s as good a reason as any other.

I’m amused at first. I begin to think of the last one month I’ve spent travelling by myself in the Spiti Valley of Himachal Pradesh. My decision to go solo seemed to arouse a gamut of emotions in the people I met, from wonder and pity, to admiration and resentment. One aunty travelling with her family even threatened to call my parents and complain. But never once did I meet a fellow Indian girl, travelling unaccompanied.

Forget solo travel. Travelling as a way of life is a largely western concept that hasn’t seeped into the Indian society yet. The stages of our life have clearly been laid out in our upbringing – now we go to school, now we attend college, now we work to make some bucks, now we do an MBA because it must be done before marriage, now we get married, now we have kids – there is no age or time to travel. What we didn’t learn during those geography lessons in school is how travel can mould our being, change our perspective on people, and free our thinking. Those are big claims, of course.

As the landscape outside transforms from the mighty Himalayas adorned by pine trees to expansive flat lands growing wilderness, I think of my own travel escapades.

My first conscious attempt to travel (as opposed to holiday) was in Vietnam. I pledged to ditch the tourist circuit and set out with a friend to explore the undiscovered terrains of the Northwest. For 3 days, through villages in the Vietnamese heartlands, we met nobody who could speak or understand English. How else could I have known that you don’t need a common language to make friends or be invited to stay at someone’s house?

When I took time off from work to travel in Europe, the only thing I knew for a fact was the dent it would cause in my pocket. I couldn’t have gauged that speaking conversational Spanish to find my way around the gorgeous countryside could teach me more about the language than any textbook I had studied. Nor that I could hold myself after downing a litre of beer, because they refused to serve anything smaller in Germany’s (and the world’s) oldest brewery.

Yet, when my friend mentions her tryst as a woman wanting to travel in India, I hear her. Perhaps it was my exposure to travelling in foreign countries that gave me the confidence to do the same across India. It certainly helped to break away from a system that feeds you with fear, where no one would hear of, allow (if they were given the power to) or encourage a single woman to set out on a journey all by herself.

I remember the battlefield that was my house when I announced my solo trip to Spiti. Not only was I resolutely discouraged from going; the idea was dismissed as crazy. A fair bit of convincing later, my parents agreed to support my decision. That’s when came an outpouring of instructions against strangers, like a song on repeat. It’s a good thing no one knew then that I’d be hitchhiking from village to village in Spiti.

Travelling in our country has never been considered the safest. Lonely Planet forums are flooded with safety concerns of foreign women wanting to travel alone in India. When I shared my solo travel experience in India on my travel blog, I received emails congratulating me for surviving it. I won’t go so far as to say that people are wrong in their perceptions of safety for solo women, but that’s only half the story. The other half is about travelling smart.

I realized the moment I stepped out that being smart on the road will be as important as being bold at home, if I were to do this ever again. Even now, I sometimes carry pepper spray with me, because knowing that I can protect myself adds to my confidence. I am open to meeting new people, yet quick to trust my gut if I predict a sticky situation. I (compulsively) stay in touch with my parents and friends, so enough alarm bells can go off in case my phone or I go missing.

As we near the borders of Delhi, I reassure myself that I wouldn’t be half the person I am if I didn’t travel as much I do. It’s one thing to read about geographies, music, culture and food in books. Experiencing them in person is something else.

Before we bid goodbye, I congratulate my friend. Most women will agree with her reasons for not embracing travel, but only a handful will go the length she is willing to go, to make it happen.

“You are going to embark on a beautiful journey,” I assure her, and hope that our paths will cross again somewhere, some day.