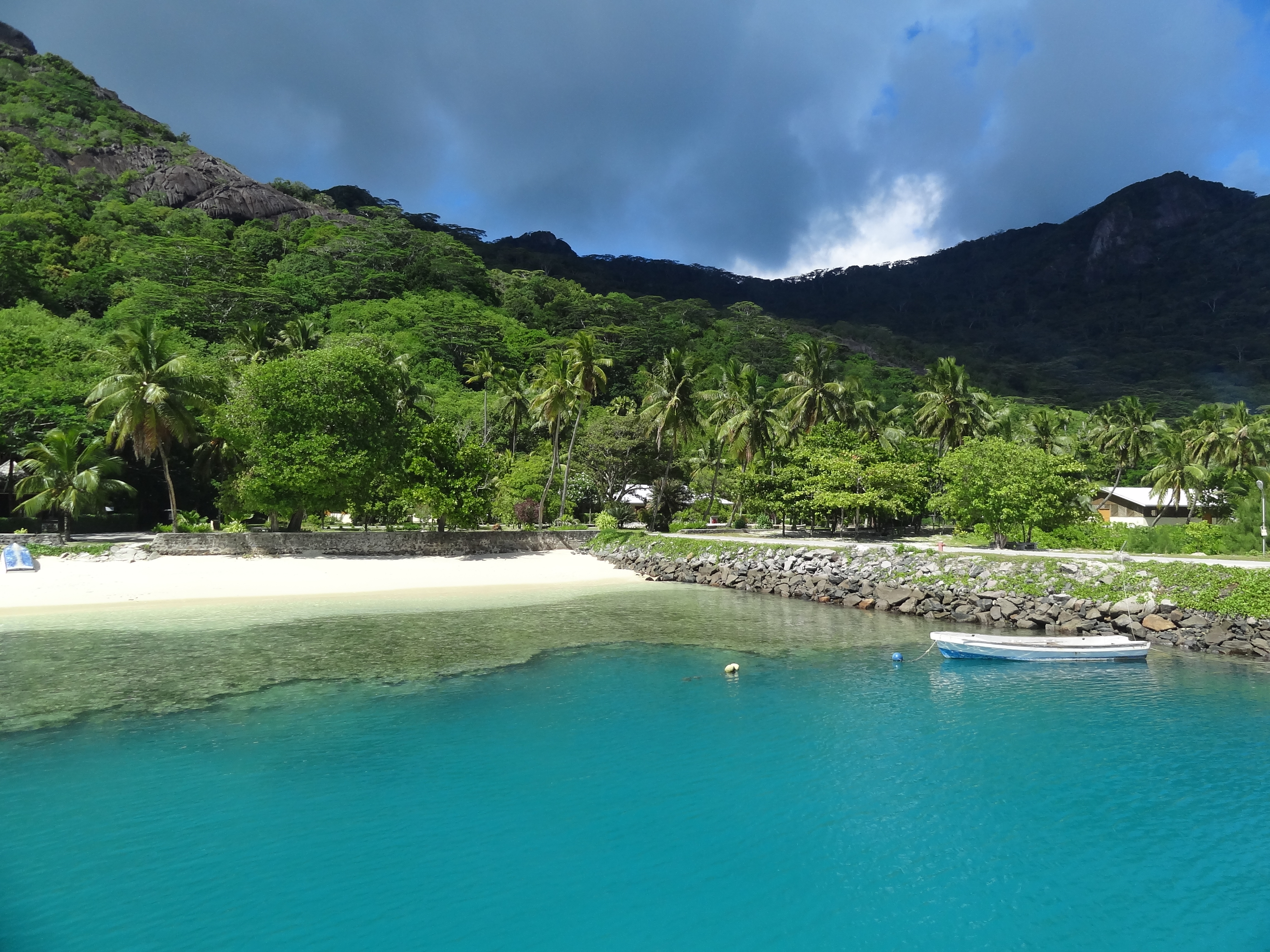 I often dream of a time when little of the world had been discovered. No maps, no connectivity; travel was only for people with a heart for real adventure. People set sail without knowing their destination. One day, a lucky bunch of them would end up at a group of pristine, uninhabited islands in the Indian Ocean and decide to stay.

These are their legends. This is a glimpse of Seychelles beyond the beaches.

1. The World’s Most Expensive Coconut.

A Coco De Mer costs 6000 Seychelles rupees (or 30,000 Indian rupees) and you can’t even eat it. Arabic sailors often sailed to these parts looking for goods they could sell back home. They landed on Praslin (pronounced Pra-lay), the second biggest of the Seychelles’ islands, and chanced upon Coco De Mer. The nut of this palm tree resembles the shape of a woman’s butts or lungs or other parts, depending on your imagination. The nut has no functional value, but became a sought after ornament, selling at the same price as spices in those days; kudos to the marketing skills of the Arabs!

When other ships demanded to know where they this rare coconut grew, the sailors lied and said they found it floating in the waters near the Maldives. That earned Coco De Mer the dubious name of The Maldive Coconut.

I can’t see what the fuss is about, but then I can’t understand the fuss about diamonds either. Vallee De Mai on Praslin is now the world’s only protected reserve of 400 Coco De Mer palms, and Seychelles sure is proud of it; hell, even their immigration stamp is shaped like one!

Diamonds are forever, and so are Coco De Mers.

2. The Soul of Silhouette Island.

On a rainy afternoon, we hiked up a hill on the tiny Silhouette Island, 93% of which  is protected as a nature reserve and the rest 7% owned by Hilton. We tip-toed along loose rocks and slippery mud, until the forest opened to reveal stunning vistas of the Indian Ocean. A large cross swayed at the edge of the hill, its silhouette shining in the water below.

Legend has it that four Arabic sailors arrived on the island centuries ago in search of the famous Coco de Mer. They found none but their ship broke down. One by one, each of them perished due to starvation, buried on the hill by the men left behind. When the last man died, there was no one to bury his body, so it lay exposed for days, maybe months. The big cross atop the hill is an ode to his valor and tragedy.

The “fourth” grave on Silhouette Island.

The folksy beats of Creole Music are commonly believed to have come to Seychelles from Africa. But the general manager of family-owned La Reserve in Praslin is a Seychellois man who knows his music. While living in Sri Lanka, the beats of the Kandyian drum took him by surprise; this was the music he had grown up with on the Seychelles islands. His friends back home couldn’t distinguish the music he carried back from Kandy. He has spent years researching the origins of Creole music and food, and his book is due to be published soon. But you heard it first here.

A charming restaurant called Marie Antoinette in Mahe, for local food and music.

What’s a fisherman’s cove got to do with a big hotel chain, you wonder when you’re staying at Le Meridien Fisherman’s Cove in Mahe. The story dates back to the time when this was still a family-run hotel, the oldest in Seychelles. When things fell apart and the hotel shut down, the premises lay abandoned for a long time. Its L-shaped design and the natural rock formations made a bay ideal for fishing, and local fisherman found their way to the shallow waters. This was their cove, and even now, men with faces darkened by the hot sun come here every afternoon, at low tide, to catch fish.

The fisherman cove at Le Meridien.

On my last day, my masseuse at the Le Meridien spa asked me which island I liked most in Seychelles. La Digue, I said, but told her I want to come back and explore the lesser known islands. Did you eat breadfruit? she asked excitedly. And went on to tell me about the breadfruit mystery; people who eat lots of breadfruit in Seychelles always come back. She promised she had seen it for herself. That night, I devoured an entire plate of breadfruit salad; this is one legend I’m putting to test!

The people who left behind these stories were the real travellers. Now their stories have evolved into legends, the kind that will continue to inspire a spirit of adventure within each of us.

Saying goodbye from my Emirates Flight, and hoping the breadfruit works!

What fascinating stories have you discovered about Seychelles or other islands in the Indian Ocean?

Note: My trip to Seychelles was made possible by the Seychelles Tourism Board.