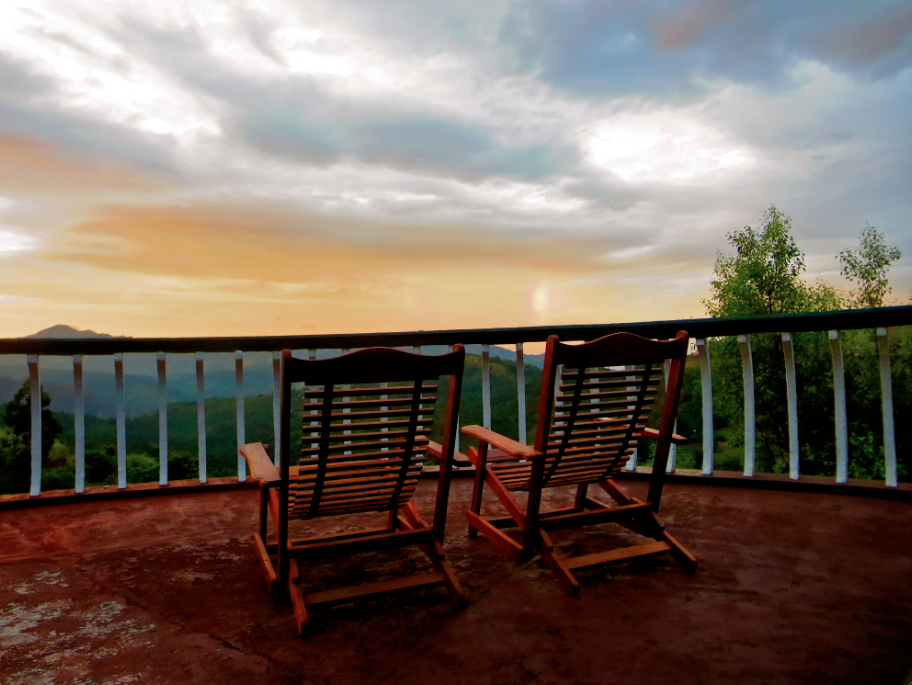 I sit on the terrace of a little budget hotel in Heel Oya, near Ella, penning this. The mountains stretch before me, the surrounding forests are lush green after the light drizzle this afternoon, and the constant chirping of birds has lent a sweet melody to the evening. Three days ago, when we landed on the shores of Sri Lanka, I expected to be swept away by its natural beauty. The cool mountain breeze has done that literally, and as the sun peaks from behind the passing grey clouds, I find myself wondering why I’ve travelled halfway across the globe, but never before visited this pretty little island a stone’s throw away from India.

If you wonder the same, here is a glimpse of Sri Lanka and the ways it has surprised me:

I immediately fell in love with the relaxed pace of Negombo, a small city next to Colombo and near the airport, and our first stop on this trip. We cycled around the town’s small by-lanes, with rice paddies, coconut plantations and charming houses lining the way. At the Negombo beach, the waves crashed against the soft shore, and the sun lent a golden touch to the beach. Yesterday, we took a train from Kandy to Heel Oya, and rolling hills covered with tea plantations stretched on either side. The clouds descended upon us, and lent a mystical aura to the forests and waterfalls we crossed. Locals from the small countryside villages often stood at the train tracks, waving at us.

The beach at Negombo, which as per the locals, is NOT one of Sri Lanka’s better beaches!

It’s not westernized at all.

Somehow in my mind, I had assumed Sri Lanka to be at par with tourism-driven economies across the world. But our first two stops – Negombo and Kandy, two relatively bigger cities in the country, had no cafe culture to speak of, and no international chains or brands you would expect to find in any big city. There was infact nothing to suggest that these were tourism hubs, or carried any western influences – and that came as a pleasant surprise.

Breakfast at Villa Shade in Negombo.

The people are genuinely warm.

I’ve heard people say that Indians can feel discriminated against in Sri Lanka, but so far, we’ve experienced nothing but warmth and hospitality, especially when the locals hear that we are their neighbors. While people did try to sell us stuff, many of their offers were genuine, unlike the touts in India who are out to rip you. On the train to Heel Oya, when someone tried to convince us to buy the drink he was selling and we asked for coke instead, he ran to the far end of the platform to find the guy selling coke, and tell him we wanted it. Just another sign that tourism has not corroded the culture or friendliness of the people.

A glimpse of the Sri Lankan countryside from the train.

Sri Lankan food is a treat for vegetarians.

Often hyped as a seafood paradise given its coastal location, Sri Lanka also has its Buddhist side, which means vegetarianism is hardly uncommon. I’ve feasted on string hoppers and curries made of seasonal produce, and my Indian taste buds have delighted in the spiciness of the food and the richness of the flavors. I can’t wait to try the famous kottu (layers of flat bread stuffed with veggies and eggs) though!

It’s not a country for flashpackers.

Even though I often travel with a backpack for its convenience, I don’t consider myself a backpacker (Read Confession: I’m Not a Backpacker). While I don’t afford luxury travel, I like to stay in experiential accommodations and travel comfortably. After pouring over hours of research, we’ve realized that “boutique hotels” here are either fancy resorts or budget hotels, and “homestays” are actually guest houses. Our moderate budget only seems to afford us drab guesthouses / budget hotels – average accommodation quality, no local insights, nothing memorable.” This is the same budget that afforded me lovely boutique hotels on the countryside of Europe and Turkey, and higher than what I would spend for experiential homestays in India.

After budget hotels, the scale in Sri Lanka immediately shoots up to high-end hotels, at a minimum of US$150-200 a night. We will have to recalibrate our expectations to this scale, and try to derive as much value from what seems like a low budget for the trip now.

The Koi Pond at Villa Shade in Negombo.

And as India’s neighbor, that does come as a surprise. In fact, even compared to other countries, Sri Lankans possess an impressive attitude when it comes to keeping things clean. From public bathrooms on train stations and on trains, to beaches, roads, rivers – there seems to be a sense of ownership and hygiene among the people, and India has so much to learn from its southern neighbor.

A train station in Sri Lanka.

Have you been to Sri Lanka? What were (are) your first impressions?