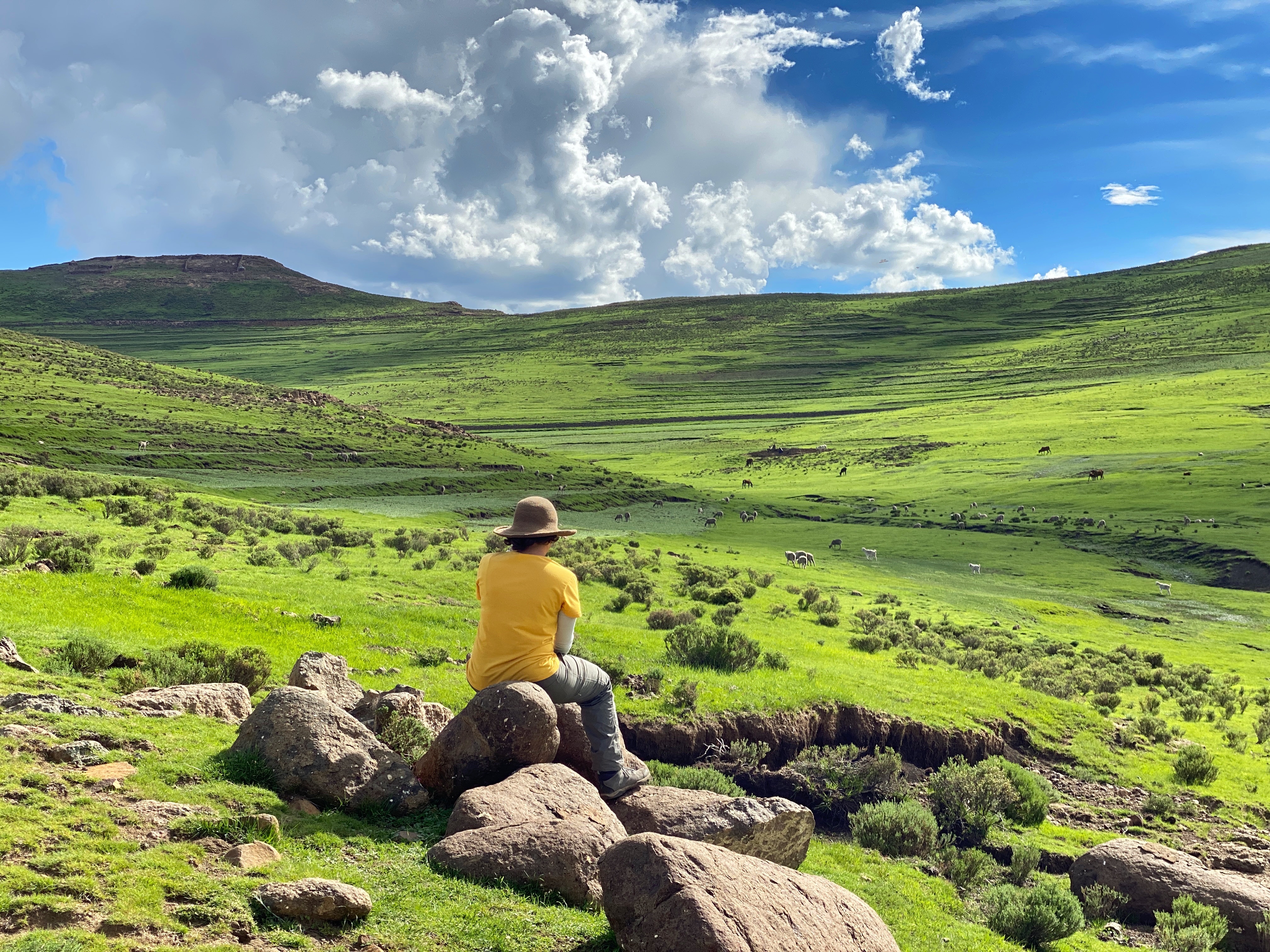 Travelling to Lesotho from South Africa? We nearly got stranded while crossing the South Africa Lesotho border at Maseru’s Pioneer gate!

We rang in 2020 in a remote village in Lesotho, hanging out with its Basotho people and trying to pick up a few words in their Sesotho language!
⁣
I have to confess I knew so little about the country of Lesotho before spotting it on Google Maps. After nearly 2.5 months of being a digital nomad in Cape Town, the road was beckoning again. Besides, room prices and tourism had begun to peak across South Africa as we entered the busy Christmas-New Year period.

So we applied for a single-entry e-visa for Lesotho and got an approval within 2 days. Arranged a Lesotho driving permit, booked an overnight bus from Cape Town to Bloemfontein (the closest South African city to Lesotho), picked up a rental car from Bloemfontein and drove into Lesotho. An insanely beautiful country, nicknamed the “Kingdom in the Sky” because it has the highest lowest point in the world! ⁣

The plan was to spend the holiday season in Lesotho. Then use our multiple-entry visa to return to South Africa. We’d drive all the way to Kruger National Park and spend a week there. And just before our South Africa visa expired, return our rental car in Johannesburg and board a flight to India.

We had our documents and visas in order. The plan was foolproof. Or so we thought.

Also read: How I Manage Visas on my Indian Passport as I Travel the World

After a 1.5 hour drive from Bloemfontein, we arrived at the Van Rooyen bridge – one of the border checkposts to enter Lesotho.

After nearly 10 days of living in traditional rondavels (round houses), hiking with a local female guide, spotting rainbows, gazing at starry night skies and trying the local sorghum beer, we bade goodbye to Lesotho.

This time, we drove via Maseru (the capital of Lesotho) to the Pioneer gate to re-enter South Africa. Followed the cars at the border to a drive-through exit immigration, where we got stamped out of Lesotho. Handed over the exit vehicle stamp and got onto Maseru Bridge leading to South Africa.

Our car crawled along Maseru Bridge in a massive traffic jam. Alongside, droves of people walked across the border. It felt like a mass exodus from Lesotho to South Africa just like I’d imagine happens at the Mexico-US border.

We joined the long immigration queue to re-enter South Africa. Sweating in the heat, crawling forward bit by bit, we had no idea what awaited us at the counter.

My partner and I submitted our passports together to the South African immigration officer.

He quickly scanned and stamped mine. But when it came to my partner’s passport, he started going over each page. Finally, slowly, he looked up and asked, where is your South Africa visa?

Of course it was right there, covering an entire page in the passport. Exactly the same as mine. A multiple entry visa that granted us multiple entries into South Africa. Valid for 3 months. Valid for entry before a date in October.

That’s the date he pointed to, saying the visa had already expired! But you see, we had already entered South Africa (the first time) before the said date. Having done that, the visa allowed us multiple entries over 3 months. We showed him our original entry stamp and tried to explain the situation.

But he told us, quite condescendingly, that we must go back to Lesotho and apply for a new South Africa visa.

To be honest, we didn’t have many options:

Our only option was to beg this unreasonable man to stamp us in, or remain in no man’s land!

Acknowledging our lack of options, we asked the visa officer if we could speak to his supervisor. That enraged him, but he left his cubicle with our passports as we followed him.

But instead of going into the adjacent immigration building, he stopped to show our passports to a man who seemed to us like a security guard! His uniform was different, and he was carrying takeaway food. Still we tried to plead our case with him, but the two men rudely told us to shut up. Then with an air of finality, they firmly told us that our visas had indeed expired.

Also read: Four Years of Travelling Without a Home

By now, we were seething with anger.

We stood outside in the hot sun, discussing, debating what to do. The weird thing was the officer had already stamped my passport but refused to return it to me. One option would’ve been for me to enter South Africa alone and plead our case at the nearest Indian embassy. Atleast there were some cans of emergency vegan food lying around in the car – incase one or both of us had to spend the night in this godforsaken no man’s land without our passports!

Seeing us standing around for the next hour, a female officer stepped out of the immigration building to ask if we had been helped. It seemed like she already knew why we were waiting.

Finally she led us to a senior immigration officer, this time a real one, with a formal uniform and name tag. He patiently heard us out, walked us to our original visa officer’s counter, went over our passports, determined that our multiple entry visa holds and stamped my partner’s passport.

As he returned our beloved passports – stamped and ready to go – he laughed and said, “Where are the rupees?”

On hindsight, what really happened

Crossing the border back into South Africa was such a relief! We cursed and laughed and thanked our stars.

But as we pieced together the previous few hours, some things stood out:

That was, no doubt, one crazy border crossing experience. But to be honest, after spending 70+ days in lockdown, I would go back in a jiffy even to that crazy day at the South Africa Lesotho border 😉

Have you had any unexpected visa encounters on your travels?