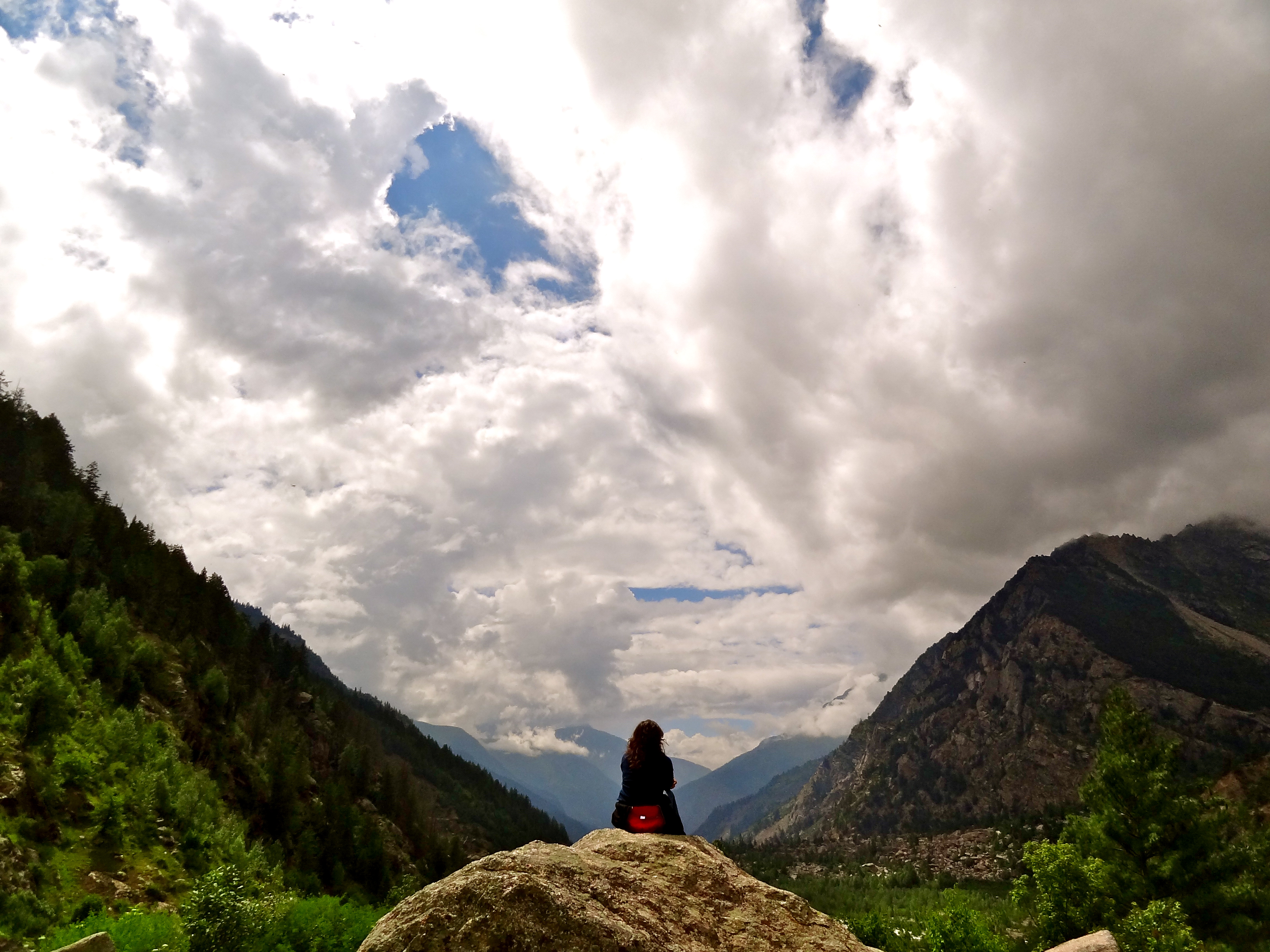 I have spent long nights in buses, watching forests in the distance get engulfed by forest fires spread by the acidity of dry pine planted on agricultural land. I have stayed at a heritage tea estate nestled in the Himalayas, where 2012 was the first time in its hundred and fifty years that the weather became too dry for the tea to be plucked. I have watched the Ganga wailing in Haridwar, reduced from India’s purest source of glacial water to a mere dumping zone for ashes, dead bodies, litter, plastic, wax candles, and whatever else we feed it in the name of religion. I have met a tribal family in North Kerala, who were forced to destroy their therapeutic home made of mud walls, cowdung floors and a thatched bamboo roof, in lieu of “government-given incentives”, and now sleep outside their concrete house every night because the natural temperature control is gone.

It didn’t take a fancy degree to convince me that climate change, global warming and environmental sustainability are not mere jargons. Or that if I really did love the beauty I’ve seen while on the road, I needed to change the way I travelled. I’m just a small fish in a big sea, but isn’t that what it takes to change the ecosystem of the entire water body? Here are five simple things I’ve been swearing by lately, to become a responsible traveller:

It is easy to succumb to the comfort of a taxi or car rental, but when you stand by the coastline and watch a grey sea roaring, you know that you have to make the trade-off. It’s not rocket science to understand that the more fuel you consume for your needs, the more toxins you create, and they ultimate grey the blue seas and make the air smell putrid.

I’ve done some of my most offbeat and rugged journeys in Malaysia, Vietnam, Turkey, and most recently, in Spain, by public transport, and there is no better way to see the countryside than through the lens and stories of your co-passengers.

Seeing the only desert of Europe from the window of a bus.

2. Carrying my own water bottle wherever I go.

Each time we buy and dump a mineral water bottle, we add around a 1000 years of decomposing plastic to the earth.

Hundred rupees, on the other hand, buy me a sturdy water bottle that can conveniently slip into the side pocket of my backpack. I’ve carried one on several trips now, and finding clean drinking water to refill it has never been much of a challenge. Within India, kitchens in homestays and guesthouses are almost always equipped with water filters, and fast food chains like McDonalds seldom deny replenishing your bottle (they offer water cups for free anyway). Google can help determine whether tap water is safe to drink in the country you are visiting next; it is, for instance, in Singapore, Mauritius and most of Western Europe. Over time, I have found myself politely declining complimentary mineral water bottles offered on trains, flights and in hotels.

Watching a wailing Ganga in Rishikesh.

I couldn’t have imagined what it would be like to stay with a host family until my first homestay in a fruit farm in Punjab. The warmth with which I was welcomed and hosted, and the home-cooked food fed with such love, had me hooked. Ditching hotels for homestays and guesthouses wasn’t a conscious decision; it became a matter of preference. Staying with local hosts in places I’ve never been to before has given me the chance to experience life in a region, learn first hand about its culture and traditions, sample local cuisine prepared with locally sourced ingredients, unearth local treasures that no tourist maps or guidebooks talk about, and find a ‘second home’ in the most unexpected of places. Isn’t that what traveling is about, about getting to know a place and its people in a way that Google can’t let you?

At The Treasure Trove, a family-run homestay in Wayanad, Kerala.

4. Carrying my litter back.

Truth is, in a world where 90% of everything you consume comes wrapped in plastic, it is almost impossible to cut it out of your life. What is possible, as I would realize, is to ensure that your travels add no more plastic to a small town or village than it already disposes, when it has neither the capability to recycle it nor the knowledge to not burn it. As much as possible, I have made it a habit to gather my trash – soft drink cans, chocolate wrappers, chips packets and the remains of whatever else I like to munch on – and carry it back to a city with a recycling bin or waste management know-how.

Chitkul, the last village of India before Tibet. It would be heartless to destroy such pristine beauty with a piece of plastic, no?

5. Asking for permission before clicking photos.

When I first read about this photography etiquette, I didn’t understand why someone would mind having his or her photograph taken. Most people don’t, but it feels disrespectful to have someone shove a camera in your face without so much as exchanging a word with you. I experienced that first hand in a small village in Himachal Pradesh, when engaging in conversation with an old mountain lady. A man walked right up to us, and without even a smile on his face, blinded us with a flash and walked away. The lady lamented how that is nothing new, that most people visit to photograph them but leave without knowing anything about their lives. Some of these nameless pictures will be exhibited and sold.

That is the day I decided that as much as the native people of a place make for good subjects for travel photography, before I click any faces with my camera, I will have both their permission and their story. I have sometimes been denied permission for photographing people because they were shy or felt their privacy would be violated, and I respect that preference. I always imagine how I would react if a stranger were to walk into my house, make small talk, and ask to photograph me for reasons unknown to me; it might creep me out or upset me. For that reason, many of my travel pictures show only the back of people, trying to catch them in action while respecting their privacy.

A tribal lady in Wayanad’s Chekkadi district. She was proud to show off her tattoos to me, but shy for a picture and initially refused to let me take one. On my way back, she stopped me and started posing. I shared this picture on my Facebook page, and my homestay hosts in Wayanad got it from there, printed it and hand-delivered it to her!

What about you, have you ever given responsible travel a thought?

I originally wrote this article for The Alternative.