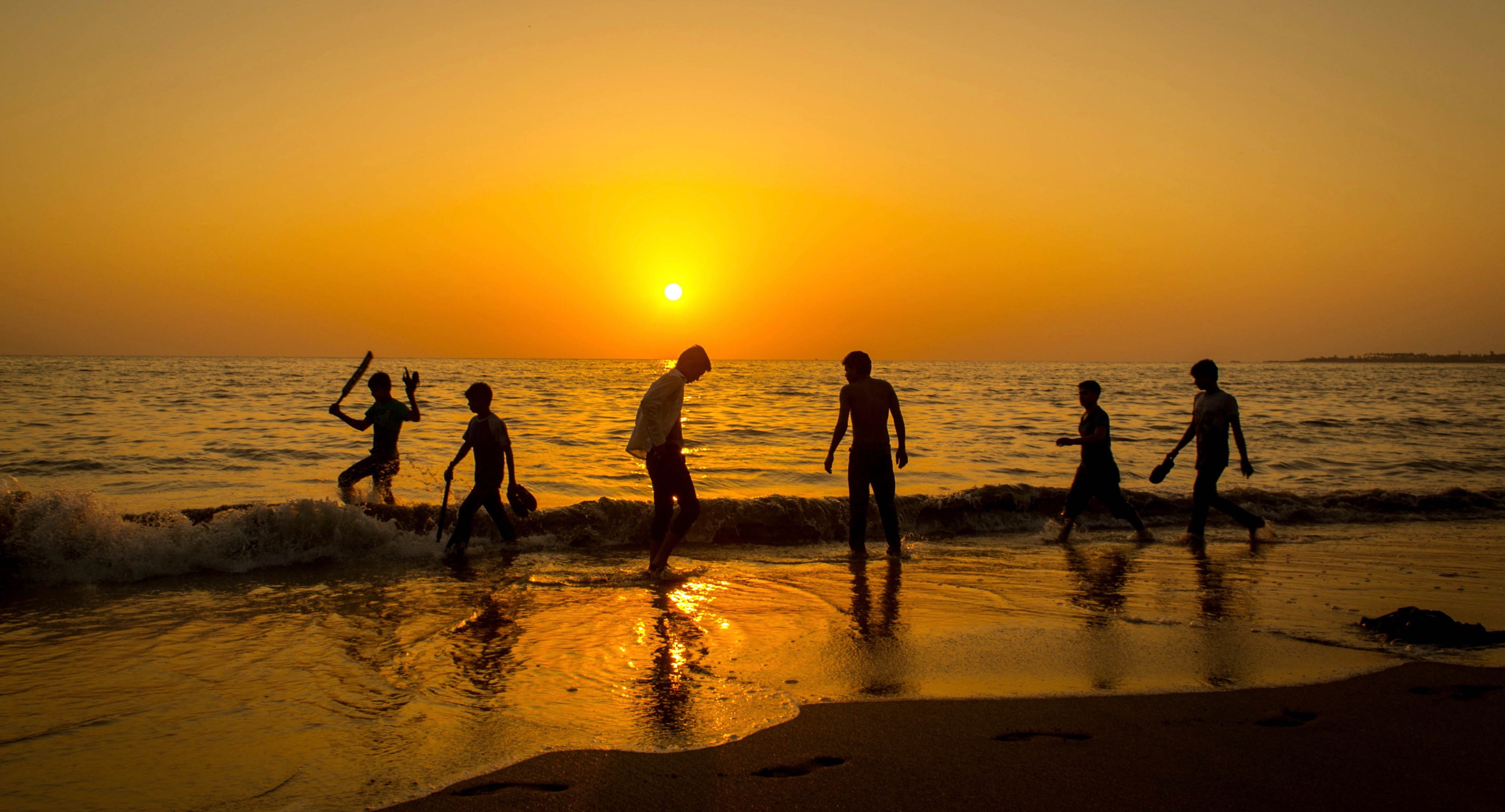 Tucked away on a quiet street in Andheri, Bombay to Barcelona Library Café by Amin Sheikh – with its charming décor, a diverse collection of books and an eclectic fusion menu – could be just another café in Mumbai. But it isn’t.

As I entered through the wood and glass door, asked for a minced mushroom vada pao and set up my “office” for the day, I remembered my conversation with Dilip D’Souza – renowned author, travel writer and friend – that first led me here. That conversation was about a boy called Amin Sheikh, and his story is one of the most heartwarming stories I’m ever going to hear. It goes like this:

Like thousands of kids in India, Amin Sheikh was born in a slum and made to work long, hard hours in a tea shop when the rest of us were toddlers in school. One day, a set of tea glasses slipped from his tiny hands and broke, and anticipating the thrashing that awaited him both at work and at home, he decided to run away.

Dadar Railway Station became his adopted home. He begged and polished shoes, learnt to scavenge for food out of garbage cans, and slept on the platform or in the streets. Everything bad you can imagine on India’s streets, happened to him, even as he hardened up and learnt to fend for himself.

A few years later, an orphanage called Snehasadan took him in, and gave him shelter and another chance at life. When he grew up, he met Eustace Fernandez – Dilip’s friend and neighbor and the brain behind the advertising phenomenon, the Amul Girl. Amin started doing odd chores around Eustace’s house, acted as a chaffeur to Eustace’s friends from India and abroad when they came to the city, and saw a glimpse of the glamorous life in Mumbai.

That’s when a second turning point happened in Amin’s life. He received perhaps the world’s most generous birthday gift from Eustace – a trip to Barcelona!

After his first-ever flight and international trip to Barcelona, Amin returned to Mumbai with newfound dreams and determination: to write his autobiography and use the funds it generated to start a cafe – a safe space that offers employment and food for those grew up on the streets like him. As it probably sounds to the rest of us, Dilip confessed that it sounded like a nearly impossible dream.

But one day, Amin surprised him with the first draft of his book – “Life is life. I am because of you.” The entire draft was written in capital letters, for Amin has had next to no formal education. Dilip’s family helped him through the editing process, and soon, Amin had self-published his book and started selling it at traffic signals in Mumbai. The book didn’t receive much attention in India, but word spread to Spain and France and the book was translated to Spanish and French. It even made it to the front page of the national newspaper in Malta!

I almost teared up reading Amin’s book, for his story is the story of so many kids we ignore every day on India’s streets. The chottus (little boys) who wash dishes in roadside dhabas (food stalls), the girls who beg for money outside posh restaurants in big cities, the kids who try to sell books and tea on railway stations. One part of the book that particularly remains with me is Amin’s first trip to Spain; he writes about how incredible it felt to see a construction worker in his work clothes and a white collar office employee in a business suit share food on the same table… something you’d rarely ever witness in India, a country stuck in its notions of class, money and caste.

In late 2016, with the proceeds from his book sales in Europe, Amin started his cafe – Bombay to Barcelona in Andheri East – and it currently holds the top spot on Tripadvisor! The boys and girls who run the cafe grew up on the streets too, and meeting them, I felt like I already know them from the characters in his book.

A few weeks ago, I sat chatting with Amin under the creative tea cup lights, sipping lemongrass tea fresh from the cafe’s own mini organic garden. I had to ask him, would we still be sitting here had he never travelled to Spain?

Without a second’s hesitation, he nodded no, explaining, “that trip opened my eyes to possibilities I could have never imagined.”

Also read: Hidden Treasures on a Road Trip in Maharashtra

The book: Life is life. I am because of you.

The book documents Amin’s journey as a street kid in a simple, innocent and objective way, and puts our own life and attitude in perspective. A book that every Indian must read.

You can buy the e-book on Amin’s website or a hard copy by emailing him at amindreamsteam@gmail.com (shipped India-wide). Copies are also available at the cafe.

If you happen to live in or visit Mumbai, spare an afternoon for a trip to Andheri East (location on google maps), not just because of the incredible story behind the cafe, but also because it’s a cool spot to have a meal and drinks inspired by Bombay and Barcelona (think eclectic tapas and vada pao). See upcoming events at the cafe on their Facebook page.

Have you been to Bombay to Barcelona by Amin Sheikh? Have you met someone who made you think differently about everyday life?

Subscribe to my monthly newsletter to receive travel inspiration in your inbox.