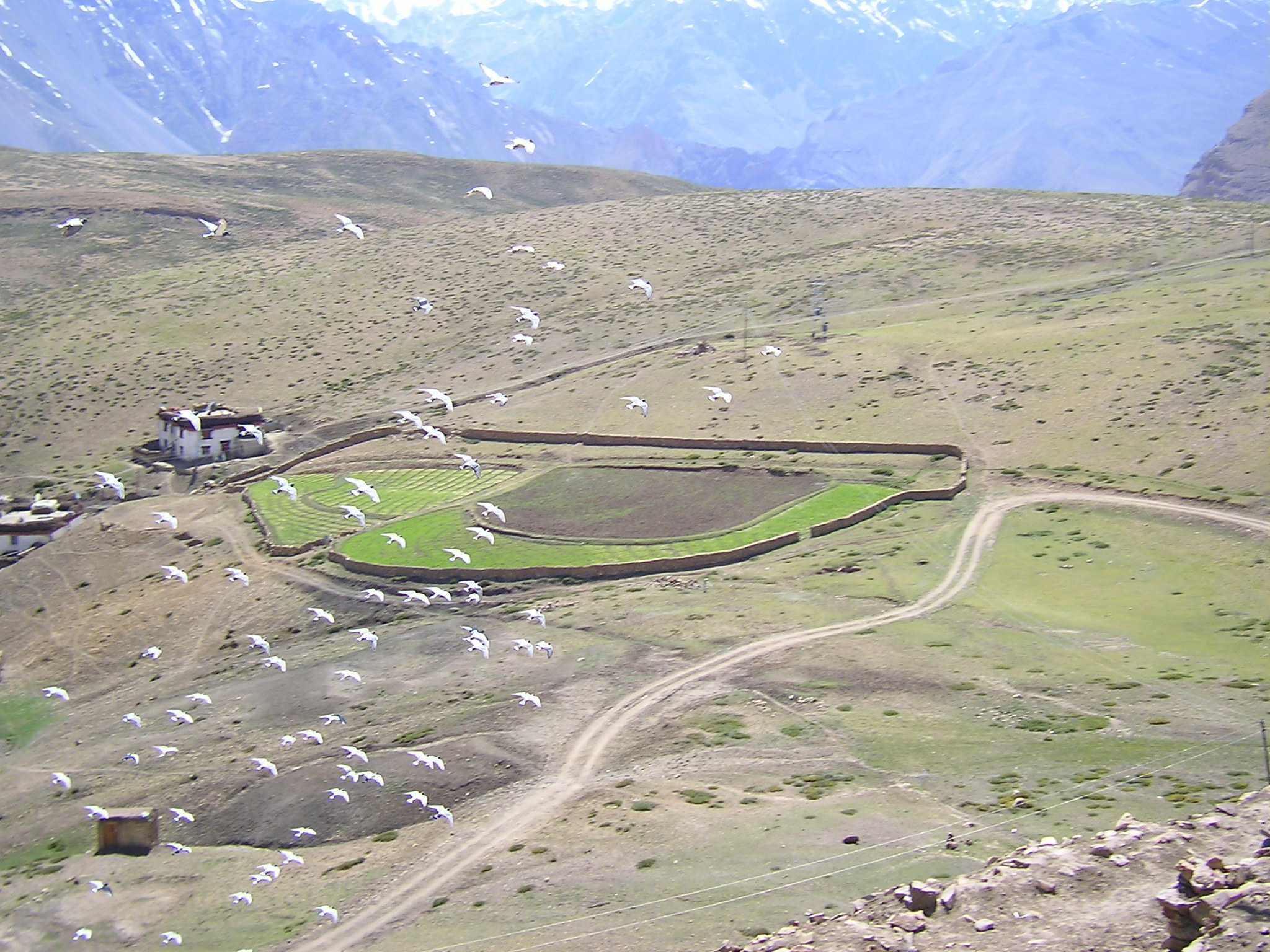 While in Spiti, I discovered a fascinating legend about the spectacular Komic Monastery and why it is located in the village of Komic.

Spiti is a land of legends. Every mountain peak and rock formation has a story lurking behind it, handed down by generations of Spitians.

The most fascinating of them is one I heard from a local friend, of a mountain peak which changes colors a few times a day, reflecting the mood of the deity that inhabits it. It takes 3 days to walk to the base of this peak from his village in Linkti, camping at nightfall along the Spiti River… But I digress. The mystery mountain is a story for another day.

I’m currently at 4587 metres at Komic, and literally high at what is said to be the highest inhabited village in the Himalayas. As I count the 13 houses in this small village, I try to imagine how people lead such isolated lives. Perhaps a consolation is the Buddhist Monastery at Komic, where lamas (monks) pray and meditate at one of the highest altitudes in the world.

Also read: I Love Spiti: A Campaign to Save Spiti Valley from Single Use Plastic

Legend has it that due to a drought, the monks of Komic decided to shift the Komic monastery to the nearby, relatively lower-lying village of Hikkim.

The Mahakal statue, believed to symbolize the Protector of Dharma, however, refused to move from its foundation in the ground of Komic. Monks made numerous chipping and lifting efforts but it refused to budge.

When the entire monastery moved to Hikkim, the statue remained adamant at Komic, together with one monk who would continue to pray before it. In 1975 or earlier, an earthquake rocked the high altitude villages of Spiti, reducing the Hikkim monastery to ruins, still visible atop a small hill.

Surprising the monks, the Mahakala statue in Komic held its ground even amid the devastating tremors. Convinced that Komic was the holiest place for a monastery, the monks decided to move back to Komic, where the monastery stands to this day.

Unfortunately all I could see of the Mahakala legend was a little board saying, “women not allowed”. Well, at least faith can move monasteries if not patriarchal traditions!

Have you visited Komic Monastery and felt the awe of this old legend?