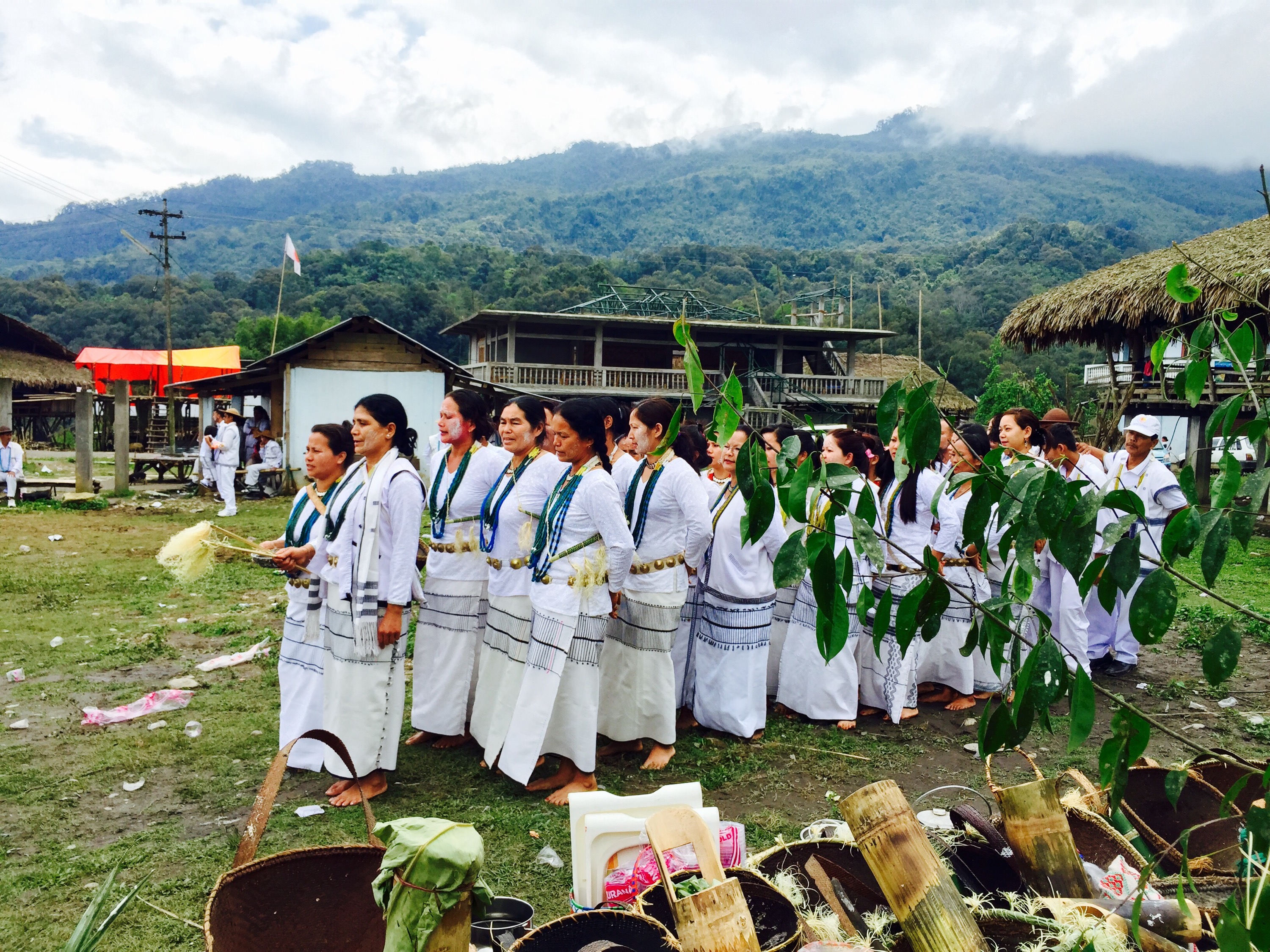 My adventures celebrating the Mopin Festival with the Galo tribe in a remote village in Arunachal Pradesh. Hint: A lot of apong!

I will never forget that moment. In the house of the village pradhan, I sat with the who’s who of Arunachal Pradesh, sipping apong from a bamboo stem. My empty tummy grumbled as our gorgeous hostess appeared with a tray of starters. At first glimpse, the food looked gray, finely chopped, hairy.

What is it? our troop asked in unison, all seven of us curious visitors, here to celebrate the biggest festival of the Galo tribe – the Mopin.

My jaw dropped. Someone spilled their apong. Rats? RATS?

Mopin is a time of delicacies, so rats were followed by flying squirrels, pig blood barbecued in a bamboo stem, and finally bear meat.

I was glad my vegetarian taste buds had consumed enough apong, a mildly potent homemade rice brew, and were too intoxicated to react to the surprising menu.

Also Read: In Photos: Hiking from Darjeeling to Sikkim

Arunachal Pradesh, tucked away remotely in the northeastern Himalayas of India, surprised me in unfathomable ways. From the moment we crossed the mighty Brahmaputra on a ferry and drove across the nameless border from Assam into Arunachal, a raw, wild, dense forest cover became our constant companion. Time and again, along bends in the empty broken roads, we saw young men emerge out of the forest with a big gun on their backs; hunting, although illegal in these parts, is still the way of life. Women, young and old, walked far to collect wood and grain in their wooden baskets, precariously balanced with a rope on their foreheads.

Our refuge was the traditional wooden home of an elderly Galo couple in Darka village; pigs and poultry crowded the level below, and in the large room under the thatched roof, sleeping, cooking and life revolved around a central open fire. By morning, we gathered around the fire for tea and conversation, and by night, we tucked into our sleeping bags, beside pillars decked with animal heads, thankful for the warmth of the dying coal.

The festivities of Mopin were curious and surreal. We were invited into village homes, where rounds of apong were interspersed with interesting conversations, and sometimes even an invite to get married into the Galo tribe! Tug of wars had mothers-in-law and daughters-in-law compete with each other. Younger ones gathered at open wooden community halls, drank Kingfisher beer (!), danced to local tunes and jarring Bollywood music, and practically begged us to dance and take photos with them. Women manned large bamboo structures, brewing apong for the entire community. Mithun meat (a semi-wild creature midway between the buffalo and the Indian gaur, found all over the state) and boiled mustard leaves did the rounds. Shamans chanted hypnotically by night, in the ominous backdrop of rainy grey skies, to calm the spirit of the animals that were to be sacrificed the following day.

Though white is the color of Mopin – women dressed in elegant white gales (long skirts) and men in embroidered white half jackets – the color I associate with the festival is red. The color of animal sacrifice. Trance-like dances in the dramatic backdrop of mist-covered hills were followed by mass sacrifice. Four mithuns, pigs, chicken, birds, even a dog, were sliced off, live, to appease the spirit of nature, the sun and the moon. The ‘tastiest’ animal parts were distributed to the most important village folk and so on, and people came to collect mithun blood in bamboo stems to make chutney from it.

A hunter I met while walking away from the sacrifice area, confessed that he would kill and eat any animal except a tiger. Among the Galos, killing a tiger is equivalent to killing a human, and in penance, one must turn vegetarian and sleep away from his wife for months of repentance!

I dwelled over Arunachal Pradesh’s tribal culinary traditions long after my trip, and concluded that eating one animal (rat, squirrel, what have you) is no different from eating another (chicken, cow, pig)… but I wasn’t there to judge. I was there to observe a world so different from mine, yet wrap myself in the raw warmth of the Galo people. It is the furthest I’ve journeyed away from my comfort zone.

Also Read: Living With a Mayan Family in Guatemala

Would you celebrate the Mopin festival with the Galo tribe someday? When was the last time your travels really pushed you out of your comfort zone?

My travels in Arunchal Pradesh were organized by Kipepeo. Its founder Piran is like the wikipedia of Northeast India and the best person to plan your trip!