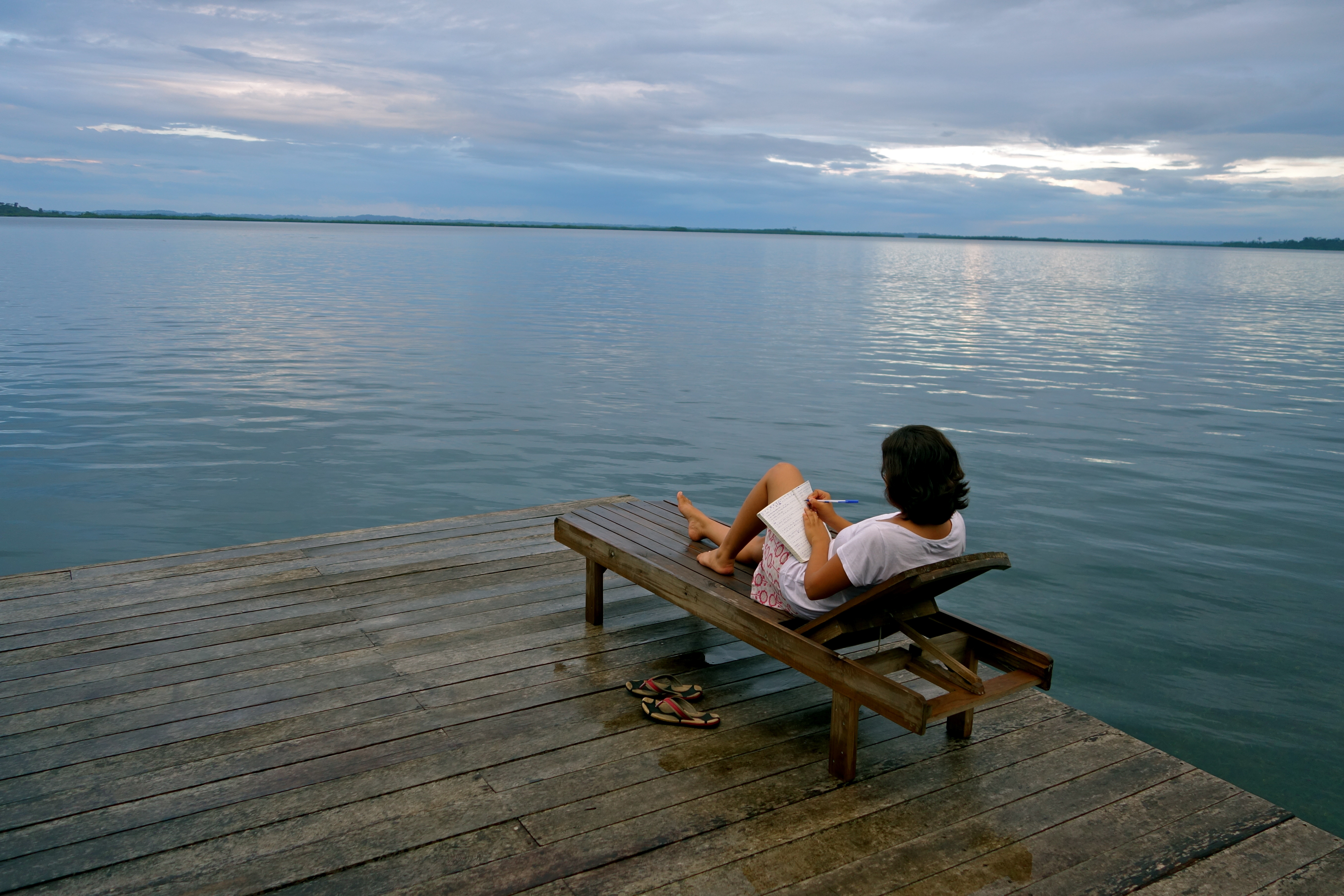 Last week, I made the long journey back to India from the Americas. Having a glass of wine at the bar on my Virgin Atlantic flight, I got chatting with a fellow passenger from Costa Rica, and began reminiscing about my adventures of the last six months. When he asked me what my most memorable experiences in Central America were, I was torn. Should I tell him about the wild dolphins playing in front of my rancho in Panama? Or how a Tico mugged me in San Jose, Costa Rica? Or living with an indigenous Mayan family in Guatemala?

So I emptied my glass, and promised to tell him this story on my blog!

Boarding down a barren volcano

The best person to travel with is someone who pushes you out of your comfort zone – or in this case, off the peak of a barren volcano, on just a board! I was glad to have company in Leon, Nicaragua, where my friend insisted on us climbing up the barren Cerro Negro, an active volcano covered in black volcanic rocks – the only terrain in the world suitable for volcano boarding, a sport ranked second on the ultimate thrill seekers list. I cursed him on the way up when the wind was so strong it almost blew us into the crater below (!), but boarding down was as exhilarating as it sounds.

Read: Isla De Ometepe: Where The Streets Have No Name

Snorkeling with a sting ray!

On the Pacific Coast of Costa Rica, I waded across the ocean at low tide with my Airbnb host, to a nearby island with a cemetery dating back to the pre-colonial era. Though the snorkeling visibility was extremely low, we spotted a sting ray swimming towards us with its menacing ‘sting’! It was scary and thrilling, with Steve Irwin’s infamous encounter playing on repeat in my head. He also taught me how to pick up puffer fish stuck in the tide pull and put them back into the sea.

A month before that, snorkeling in the world’s second largest coral reef off Guanaja Island in Honduras, we spotted the venomous lion fish. Oh the wonders of the underwater world!

Getting mugged in a cab

Recovering with a beer at Montezuma beach.

After witnessing nothing but kind and friendly locals in Guatemala and Honduras – two countries that come with some pretty horrific labels – I completely let my guard down in Costa Rica. Having impulsively booking a cheap flight from San Jose (the capital) to the Pacific Coast, I hurriedly grabbed a cab from downtown and chatted with the friendly driver in broken Spanish throughout the way. When I stepped out after paying, I was horrified to see him grabbing my small laptop bag – the one with all my valuables – asking for more money or threatening to take off with it! I emptied my pockets of all the money it had; he grabbed the money, shoved my bag out and sped off, leaving me stunned.

In retrospect, I’m glad it didn’t cost me my passport, laptop, camera and everything of value I own. It wasn’t even about the money. But it did put a dent in my trust in the world. For the rest of my time travelling solo, I trusted no one and felt like everyone was out to get me. I’ve moved on now, and learnt a big lesson.

Read: Get Busy Living or Get Busy Dying

Trees bursting in red in California.

Thanks to being extremely last minute, my trip was ill-planned, and had me flying from India to New York to Guatemala and Honduras, then to California to see family, and back to Nicaragua! It turned out to be a blessing in disguise, for I got to witness the fall colors in both NYC and California. Even within the cities, parks and pathways were bursting in red, yellow and orange colors – a sight to behold.

Playing basketball with the Mayan people

On a rainy afternoon in San Marcos La Laguna in Guatemala, I found shelter in the public Basketball court. As luck would have it, it was the last day of school before the summer holidays,  and young Mayan boys and girls, many in their traditional dresses, poured into the court for a friendly game. Their coach invited me to join them, and having played basketball back in high school and college, I couldn’t resist. Of all the things I imagined doing on my travels, shooting hoops with local Mayan teenagers (of the end-of-world-calendar fame) was certainly not one!

Read: Living With a Mayan Family in Guatemala

Island living in the Caribbean

Built on stilts, the town of Bonacca.

As someone who’s always on the move, it isn’t often that a place makes me want to buy a little piece of land and never leave. But I couldn’t get enough of the charming little Guanaja Island in the Caribbean. The only town is built on stilts in the water, the airstrip the only flat piece of land so it doubles as the football court, the only way to get around by kayak or boat, the locals so friendly they welcomed us with a round of drinks at the local bar, and the shades of blue in the Atlantic Ocean so pristine – that I almost burned my return flight ticket.

Read: Sshh… A Secret in the Caribbean

Worth fighting visa issues for moments like this in Nicaragua.

I tried to do the smart thing by booking a really cheap flight in and out of Nicaragua on the second leg of my trip. But as luck (and my Indian passport) would have it, entering the country was a nightmare each time – even though it was a breeze in all the other Central American countries I travelled to. The immigration officials interrogated me every single time, unconvinced that an Indian would visit their country just to travel! One time, the entire bus was held up for an hour because of us. Another time, the bus driver locked us in so we couldn’t approach the immigration official to clarify things before the interrogation began. And the worst part, they charged us a different ‘visa fee’ (40-60$) each time we entered. Phew.

Read: The Coolest Way to Fly Out of India

Bioluminescence and dolphins playing in the Atlantic Ocean

The set of my Nat Geo film in Panama!

Our short visit to Panama was nothing less than a National Geographic film. By day, in the Atlantic Ocean in our front yard, we watched wild dolphins play with their kids, sting rays do backflip jumps, schools of florescent fish pass by and starfish glow bright in the transparent waters. By night, as we walked along the jetty under the starry night sky, the waters lit up like glowing stars, thanks to the bioluminescent algae! Magnificent and surreal.

Read: 10 Awe-Inspiring (yet affordable) Airbnbs to Stay in Central America

Swimming and canoeing from Costa Rica to Panama

Getting the canoe and sticks ready to travel to Panama across the river!

That I’d be crossing borders over land in Central America I knew. But that I would swim and canoe across the Yorkin River from Costa Rica to Panama, I didn’t. I caught a rare glimpse of how the indigenous chocolate farmers – the Bribris – of Costa Rica live, deep in the forest, far from civilization and technology, oblivious to national borders. The governments of both countries are liberal in providing access to their native forests on either side. So, I followed them across the river, without my passport, into the forests, waterfalls and hills of Panama! It made me long for a borderless world.

Note: Most of my trip was self-funded; I’ll be writing about how I afforded it soon. A shoutout of gratitude to my travel partners Virgin Atlantic, Airbnb and La Giralda, for making parts of this trip possible.