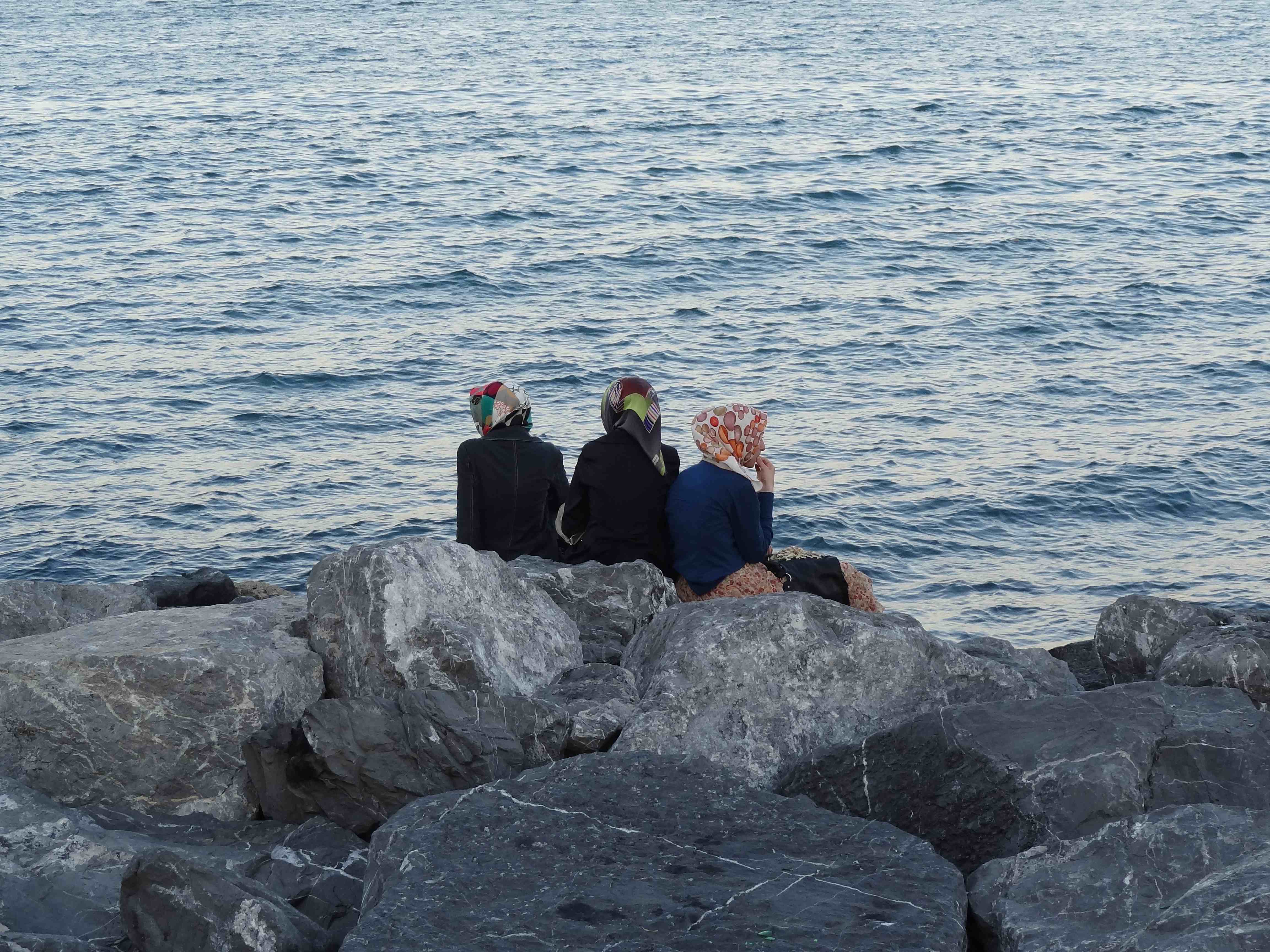 4 days ago, I landed on the azure blue waters of Istanbul, with starry eyed dreams of my first Middle Eastern experience. Between thanking Turkish Airlines for sponsoring my flight tickets and tying several lose ends before my first international trip after a 10 month hiatus in India, I had almost no time to delve into the depths of Google and form pre-conceived notions of the country. And I’m glad for that, because how can one even begin to imagine that ancient Asian traditions can reside within European influences with perfect harmony, without experiencing it first hand?

I maybe a tad too quick to judge, but I have a few more weeks to verify these, my first impressions of Turkey:

1. Turkish people are as friendly as they are good looking.

If any country abounds in eye candy, it has to be Turkey. I’ve spent hours people-watching at the airport, at street-side cafes, and just about anywhere I’ve gone in Turkey, and I still can’t stop ogling! Perhaps it’s their half Asian, half European roots that makes them so attractive. And perhaps it’s the same harmony of traditional & modern cultures that makes them so friendly. Despite my astute lack of a common language with most local people, I’ve been bestowed with acts of kindness, from chocolates while waiting at the airport, to çay (Turkish tea) with the town folk, to many a friendly conversations while asking for directions et al. If Atithi Devo Bhava (guest is god) were to be used to describe hospitality in another country, Turkey would walk it with a smile that could sweep anyone off their feet.

Having çay with a Turkish blacksmith in Safranbolu.

2. Falafel & Hummus is not Turkish food.

I hope I’m not alone in falling victim to the assumption that being vegetarian would be a breeze in Turkey, what with mezze platters strewn with falafel, pita, hummus & baba ganoush being served everywhere. You know, just like in Turkish restaurants the world over? No sir. That’s not Turkish food at all, only extrapolated from its neighbors, like Syria & Lebanon. Turkey is largely about doners & kebaps; it’s hard to pass a food street without seeing stands of rotating doner creating a meat-ish whiff in the air. It took me two days of eating tost (cheese toast) for dinner to realize that asking for vegetarian food only elicits blank expressions from most cafe owners. Yet, Turkey doesn’t have a dearth of vegetarian food, you only need to know what it’s called, and I’m slowly learning all the names & treating myself to these vegetarian Turkish delicacies.

3. There’s more to Turkey than Istanbul, Cappadocia & the Medditeranean Coast.

Most Turkey travel guides focus on this golden triangle of Turkey, and most people I know who’ve travelled to Turkey have only ever been to these 3 places, hence the much anticipated question of why I’m spending almost a month in Turkey. You probably know by now that I have a penchant for places less travelled, of which little has been written about, and following that hunch, I’m now traversing the Black Sea Coast of Turkey. It hasn’t been easy to find much information in English online, many pansiyon (guest house) owners speak not even enough English to tell you the room tariff, and any bus timings you find are outdated. All these to me are good signs that this coast sees few international travellers, and having arrived in my first small town of Safranbolu in Karadeniz, I’m already in love.

4. Hamams are a culture shock.

After much excitement & anxiety, I lost my Hamam (Turkish bath) virginity at a 500 year old Hamam, in a small Turkish neighborhood in Istanbul. Nothing I read online could have prepared me for the the initial awkwardness with all the flesh on display! This fascinating tradition of the Ottoman Empire dates back several hundred years, where women socialize over long, pampering baths, scrubs and massages (and men too, in separate chambers), completely comfortable with such bodily exposure as no non-liberal country would be comfortable with. Ataturk’s republican reforms in the 1920s were then only a public reflection of this liberal thinking of the Turkish society. History aside, I’ve never felt more pampered than that 90 minute Turkish bath!

This is perhaps the most surprising and most flattering impression, for we Indians rarely receive such welcome in foreign countries. It started at the airport, continued in Istanbul, and magnified in Safrabolu, my first stop on the Black Sea countryside. The lack of a local language beyond Merhaba has inadvertently led to me being asked if I’m Arabic or English, and greeted with a big smile, sometimes a hug, and often a wow, when I’ve said Indian. Hindi or Hindustani as they call us, they love Bollywood (referred to as Hindi TV), and an old man I met in Safranbolu even drew a heart on my hand and said half is Turkey, half is India! Feels good to see such love for India halfway across the globe.

She was so happy to see a ‘Hindi’ at her cafe that after some delicious veg food, she offered me “pasta” (cake in Turkish) she had prepared for a family gathering.

Have you travelled in Turkey? What were your impressions of the country & its people?