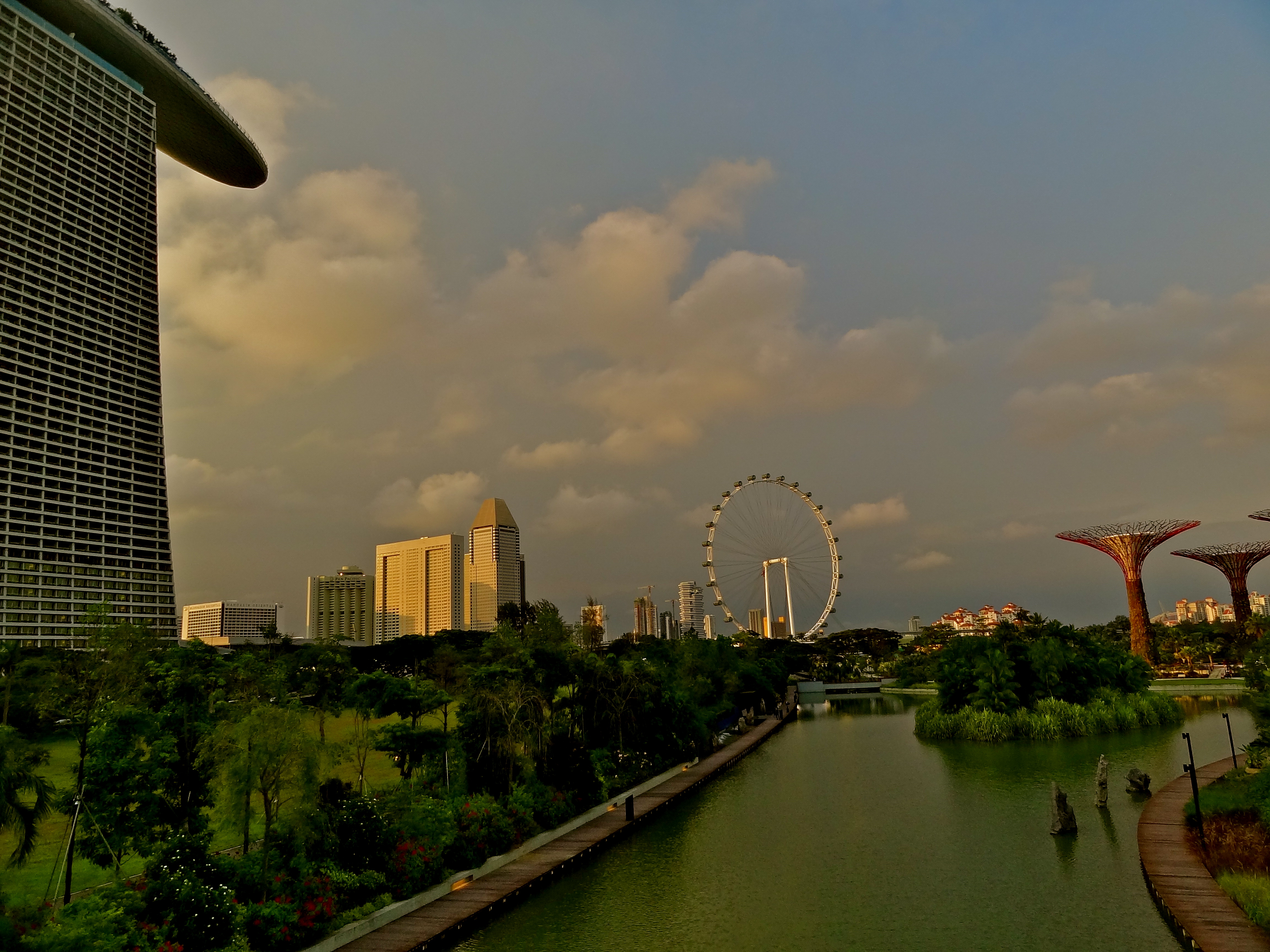 Let’s face it. Compared to its neighbors, Singapore can be a tad expensive! If you’re on a budget trip, take my list of free stuff, free activities, free places to visit, and free things to do in Singapore, and keep your pockets happy.

As I packed my bags for Singapore in the end of February, I was swamped with shopping lists, mostly from my mom. “What else can you do in Singapore?” she asked. As someone who can’t bear to spend more than a few minutes in a store, I felt perplexed. I suddenly wondered what I did over weekends in Singapore, while I studied and worked there for almost half a dozen years, because I certainly didn’t shop (and didn’t have the money to, either). If you ask me, some of the best experiences on the island nation are in fact, free:

1. Hike along The Southern Ridges

For many people, Mount Faber is only a gateway to the island of Sentosa. But it is here that one of the best walks in Singapore begins; 9 kms through the gently sloping hills of Mount Faber Park, Telok Blangah Hill Park and Kent Ridge Park, in the midst of lush greenery and mini forests. Panoramic views of the city skyline, the South China Sea, and the islands beyond, are gentle reminders that you’re still in Singapore. If you’re short on time or stamina, do only the first leg of the hike, along the stunning Henderson Waves bridge; its spiral architecture alone is worth a visit.

2. Fly a kite at Marina Barrage

A reservoir built to control floods, Marina Barrage is one of my favorite places in Singapore. Its still waters are surrounded by beautifully landscaped parks – one of the rare places in Singapore where you find families picnicking and flying (fancy) kites! It’s a reminder of the good old kite-flying days in India. On a clear evening, you can catch a spectacular sunset against the backdrop of the Singapore Flyer, Marina Bay Sands, and dozens of oddly-shaped kites whirling in the sky.

3. Marvel at Gardens by the Bay

The latest and most distinct addition to the Singapore skyline, Gardens by the Bay is no normal garden. Its claim to fame are the Supertrees, which as the name suggests are giant, albiet artificial trees, capable of using solar energy to light themselves at night, and harvesting rain water to irrigate the surrounded flora and fauna! Walk along the spiral Skyway suspended between two Supertrees, and reflect on just how ingenius this is, while being awed by the splendor of Marina Bay Sands right across.

The Skyway at Gardens by the Bay, up close with the Supertrees.

I never cared much for Chinatown while I lived in Singapore, but on my recent trip, I was completely taken by the quaint architecture along Keok Siak Street. Traditional shophouses with colorful walls and tiny windows line the street, while in the background, modern buildings stand tall – a charming blend of the old and the new. Along these shophouses have popped up chic bars, cafes and boutique stores, including a password-protected bar without so much as a name! Bribe me and I’ll tell you how to get in 😉

The quaint shophouses of Chinatown.

5. Spend after hours at Labrador Park.

Easily one of Singapore’s best-kept secrets, Labrador Park is located near Pasir Panjang, and is ideal for escaping the hustle bustle of the city. You have to pay for entry to the the World War II fort and relics it houses, but unless you’re a history buff, you’re better off visiting after hours when the fort is shut and the rare visitors have left. At sundown, sit along one of the many rocky edges and hear the waves crash against the cliff, with not another soul in sight.

6. Have a beach day at Sentosa.

Probably the most obvious, but if you love the sun, sand and sea, head on over to the manmade island of Sentosa, and lay your beach mat at Siloso beach, swim in the gentle waves, and get a tan. You’re in the tropics, after all!

A day out at Siloso Beach, Sentosa. Photo by Dwi Rahmaputra.

At night, on every Friday, Saturday and Sunday, the Singapore skyline dances with colors for 13 minutes! As expected from Singapore, this water and light show is a spectacle, telling a story with state-of-the-art lasers. Grab a seat along the Singapore River, with an unblocked view of Marina Bay Sands, and spend 13 minutes in awe.

8. Listen to live music at the Esplanade.

The famous durian-shaped icon of Singapore always has something ‘free’ to offer, including art exhibitions, live concerts and theatrical performances. Make your way down for a night of live music by the riverside, under the open sky. You could be listening to Asian pop one night, and international music from the 90s on another.

Esplanade by the Singapore River. Photo by Jakub Michankow.

You might say that this is where all the punks in Singapore hang out! Complete with graffiti, ramps and rails, young boys and girls with spiky hairdos hang out at the Scape Skate Park along Orchard Road, practicing stunts on skates and skateboards. Even if you’re not into either, it’s fun to watch the “cool teenagers” do their thing. The neighboring Youth Park often transforms into a free and happening venue for night concerts and fringe events.

Every Saturday night, owners of LED, electronically-controlled planes (something like those electric battery cars that kids love) gather in a corner of Clarke Quay to fly their planes togethers. Okay, you might have to own one to fly it, but sometimes the owners are friendly enough to let you fly theirs. It’s fascinating to watch anyway, especially after a few beers! Stroll along Clarke Quay to chance upon this spot, and while the night away watching the lights dance around you.

What are your favorite free things to do in Singapore?

5 Weekend Getaways from Singapore to Pamper You.