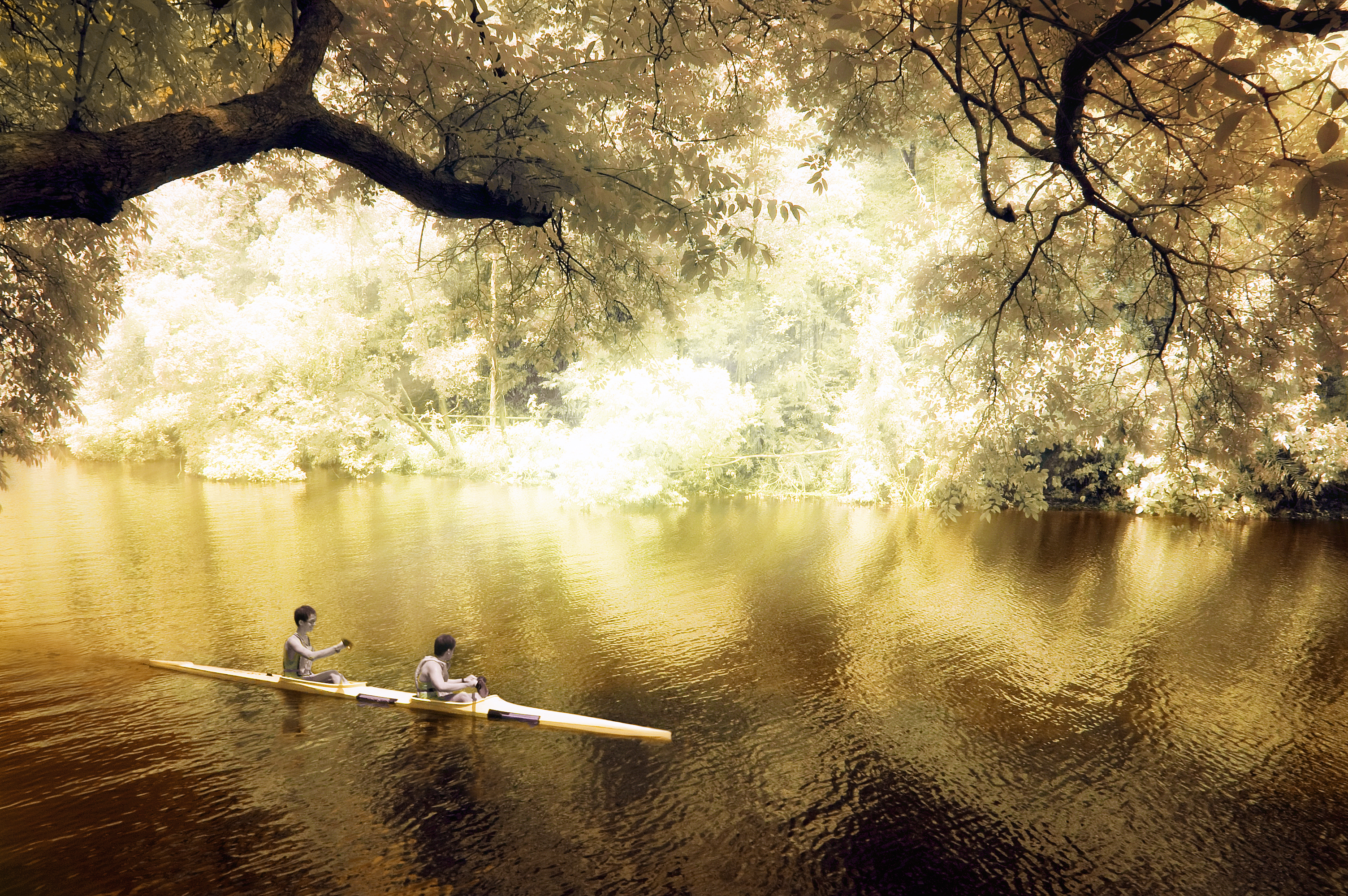 My restless soul has a strange relationship with the little red dot on the world map. In the six years I studied and worked in Singapore, I spent my days planning adventures and craving excitement in the far reaches of Southeast Asia. But when I moved away in 2011, I was filled with nostalgia and a curious desire to rediscover Singapore itself – especially given that it’s just a short hop and an e-visa away from India.

I’ve discovered hidden beaches, password-protected bars, mangroves to kayak through and pristine forests over my last few trips to the country; it’s time to spill the secrets:

Leave your footprints on a hidden beach

You’ve reveled in the underwater world and manmade beaches of Sentosa. Now ditch the crowds to find solitude at Lazarus Island – an undiscovered, undeveloped stretch of coastline where soft white sands are caressed by gentle azure waters. To ensure that yours are among the few footsteps in the sands, there’s no direct way of getting there: take a boat from the Marina South Pier to St John’s Island, walk across the causeway, follow the tarmac path, cross the pavilion and voilà, you won’t believe you’re still in Singapore!

Footprints in the sand. Photo by Sally / Jeff Kubina.

Lazarus Island is one of Singapore’s Southern Islands, accessible via St John’s Island from the Marina South Pier.

Read: 10 Awesome Free Things to do in Singapore

When the night safari leaves you craving for a deeper bond with the forests, head to the Mandai Mangroves in the north, a secret treat for nature lovers. Observe the ancient ecosystem of these mature mangroves on a kayak as you paddle along pristine rivers and abandoned kampongs (traditional villages) – a tranquil reminder of the times when Singapore was just another sleepy coastal hamlet. Keep your camera ready for horseshoe crabs, and don’t be surprised if a Brahminy Kite or White-Bellied Sea Eagle swoops along to greet the rare visitor.

Kayaking through the mangroves. Photo via Kayakasia.

The Nature Society of Singapore organizes guided kayaking trips along the Mandai Mangroves for beginners; the meeting point is at Kranji MRT station; check http://www.nss.org.sg for upcoming trips. Incase a trip doesn’t coincide with your travel dates, consider mangrove kayaking in Pulau Ubin.

Dine in the dark

Singapore’s tempting food scene is one thing, and dining in a pitch-black restaurant is quite another. The trend has travelled from Europe to Asia, and Singapore is one of its first stops. Embark on a culinary journey to explore all your senses, in a dining room without lights, guided and served by visually impaired individuals, treating delicate taste buds to distinctly flavored (pre-ordered) gourmet creations. I haven’t ticked it off my list, but I imagine it to be an intriguing, mind-altering experience.

Chefs at work at NOX. Photo by Nox – Dine in the Dark.

NOX – Dine in the Dark, located on Beach Road, is the only restaurant in Singapore that offers this experience; http://www.noxdineinthedark.com.

Catch a movie under the night sky

A holiday in Singapore is too short to spend within the confines of an air-conditioned mall! Make the most of tropical living with Movie Mob, a drive-in cinema that changes locations and movies every weekend. You could catch a Wall Street thriller in the stunning backdrop of Gardens by the Bay or waltz to a romantic comedy by the Singapore River, munching popcorn and spotting some rare stars in the city’s night sky. The best part? You can vote for your movie of choice online, and the screenings are free!

Movie under the stars. Photo by Movie Mob.

Movies are screened over the weekend, though not every weekend. Vote for your movie of choice and find the location and date of the next movie at http://www.moviemob.sg.

Ride back in time to ‘Bicycle Island’

It’s almost hard to imagine Singapore as a little coastal village; think palm trees fringing the coast, locals fishing on wooden canoes, and trucks (not very different from Indian ones) plying the dirt roads. Take a ride down memory lane on Pulau Ubin, the last surviving island of Singapore’s sleepy past that time literally forgot; its development was stalled after granite quarrying was banned (pulau ubin means granite island) and plans to bring it up to pace with the rest of the country never quite materialized. Far from the swanky malls and fancy attractions of mainland Singapore, Pulau Ubin is home to a few indigenous kampongs, a unique wetland ecosystem (Chek Jawa) with intricate mangroves and sandy beaches, and a well-marked biking trail that has earned it the reputation of ‘Bicycle Island’.

A glimpse of Pulau Ubin. Photo by William Cho.

Pulau Ubin can be reached on a bumboat from Changi Point Ferry Terminal, and several small shops on the island rent out bicycles.

Read: 5 Weekend Getaways from Singapore to Pamper You

Test your luck at a horse race

The casinos at Universal Studios and Marina Bay Sands are not the only way to indulge your luck. Join the high rollers of Singapore at Singapore Turf Club over weekends and public holidays, for a sophisticated night of drinking and betting. Cheer on your stallion from large glass windows overlooking the racecourse, sipping your champagne, or join local race enthusiasts in the public grandstand, guzzling cheap beer and exchanging tips with seasoned betters!

Singapore Turf Club is located in Kranji; admission fee for the public grandstand is 6$; check http://www.turfclub.com.sg for the latest race schedule.

Sneak into a password-protected bar

Think you’ve experienced Singapore’s night scene with a visit to Clarke Quay? The real secret is hidden away in the ethnic precinct of Chinatown; actually, The Library is a secret within a secret. Its secret location, within a tiny albeit high-end tailor shop in a traditional Chinese shop house, past a secret door that is a one-way glass mirror, is the easy part. The more challenging part is finding the password to get in; it changes weekly, and is hinted at subtly on Facebook. On the inside, The Library is a cozy, trendy, dimly lit cocktail bar, with a maximum capacity of only fifty people – an ultra exclusive venue for Singapore’s ‘in’ crowd. Sshhh…

Clues on The Library’s password! Photo by The Study.

The Library is located at 47 Keong Saik Road; look out for the password at https://www.facebook.com/thestudy49.

Slow down at an organic farm

You have to take a long cab ride (or the MRT + bus) all the way to Singapore’s Kranji district to ‘escape’ to the countryside, but it does exist. In the heart of this farming region is Bollywood Veggies – a ten-acre organic farm co-started by Ivy Singh Lim, a celebrated activist warrior and I might add, an unforgettable person to meet; she traces her roots to the Rajput Clan in eastern Uttar Pradesh! It’s easy to forget you are in Singapore as you fill your lungs with fresh air, spot birds in the outback acres, feast on organically grown herbs and seasonal vegetables, take a cooking class, and learn about the history of food culture. Don’t forget to try their famous banana bread and Bolly Banana Curry at the Poison Ivy Bistro.

The countryside. Photo by Bollywood Veggies.

Bollywood Veggies is located in Kranji, open from Wednesday to Sunday, and prior reservation is recommended; http://bollywoodveggies.com.

My favorite part, and not something you’ll find in most guidebooks about Singapore. If you want to get away from the concrete jungle that is the city center, hike the Southern Ridges trail, which connects four parks (from Kent Ridge Park to Mount Faber) in Singapore’s west, taking you through quiet neighborhoods, canopy trails and suspended walkways in the midst of well-preserved forests and greenery. Tigers walked this terrain during Singapore’s pre-colonial days, but the highlight now is the wave-shaped architectural wonder – Henderson Waves. Panoramic views of the city’s shimmering skyline, the South China Sea and the harbor beyond are the only reminders that you’re still in Singapore.

The Southern Ridges trail is accessible via Kent Ridge MRT station and is wheelchair-friendly; admission is free.

On a budget? See my list of awesome free things to do in Singapore.

Off to Cambodia or Vietnam? Get an e-visa.

What secrets have you discovered in Singapore?

I wrote an edited version of this story for Conde Nast Traveller.

Error: View dc3a083zts may not exist