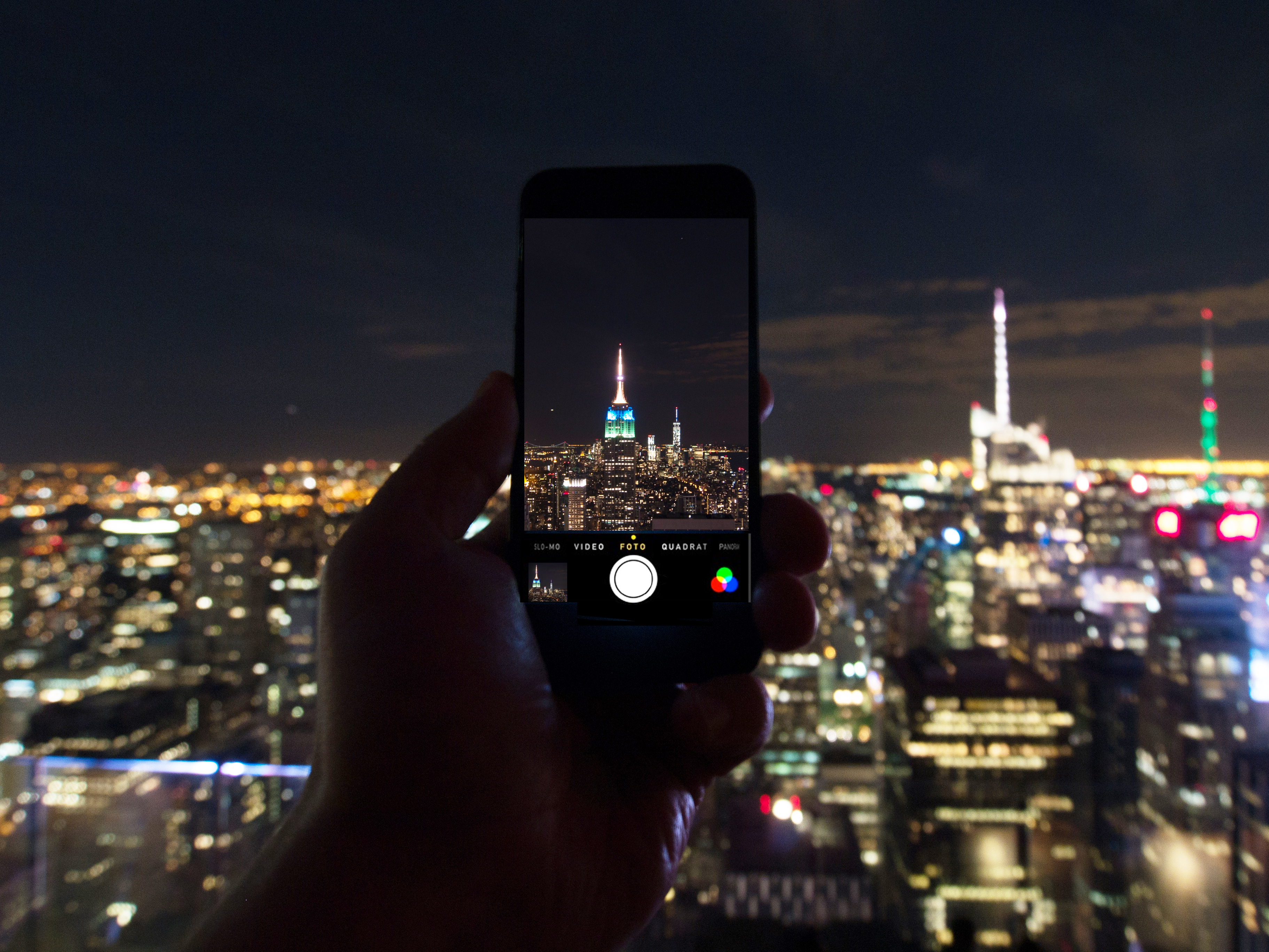 There’s something about New York City that is easy to love. Maybe it’s that you can hear four different languages in the span of one short metro ride. Or that you can find restaurants serving the rarest of cuisines. Or that you never feel judged, no matter who you are, what you look like, what you wear, or how you talk.

I’ll be honest. Times Square, Brooklyn Bridge, the Statue of Liberty and other flashy New York sights didn’t evoke in me what they possibly evoke in other travellers. But being part of the city even for a few weeks (again and again) is what I came to love.

Behold, my humble attempt to put together a New York guide beyond the touristy sights and sounds, scratching a little below the city’s surface in fall and winter:

Who knew NYC could be this beautiful?

Fall colors along Riverside: I vividly remember the moment I knew I wanted to stay longer in the city. It was a crisp autumn afternoon, and I was sitting under a tree – its leaves bursting in shades of red, yellow and orange – writing, with not another soul in sight. Ditch the crowds of Central Park and soak up fall colors on a long walk in Riverside Park, or skip to my favorite spot just past Riverside church.

Stargazing: I couldn’t imagine spotting the Orion Nebula or Saturn amid the bright lights and not-so-dark skies of New York City. But every Thursday night, Columbia Astronomy Outreach – open to the public – on the rooftop of Columbia University, not only tunes its telescopes into the night sky, but also offers captivating space-related documentary screenings.

Cycling along the Hudson River: No matter the weather, whiz along the breezy Hudson River on two wheels, past the boat dock, with New Jersey on the horizon. Spotting the occasional yachts and kayaks in the distance, and seeing the sunset cast a golden glow on the waters, gave me that quintessentially New York feeling that only the locals seem to chase.

Unforgettable sunsets: I seldom chase sunsets, but when you stay long enough in a place, the most awesome ones tend to find you. My NYC favorites, besides along the Hudson River, were on the Staten Island Ferry and from Brooklyn Bridge Park. The former connects Manhattan with Staten Island, and the skies glow a crimson red with Statue of Liberty in the foreground; the latter casts a golden light on the up-close skyline.

Free Wifi and ice skating at Bryant Park: My go-to place on a warm fall day is Bryant Park, a green oasis surrounded by the midtown skyline, with free Wifi and plenty of unexpected conversations. In winter, it transforms into a free ice skating rink!

Vegan (and vegetarian) Food in NYC

You already know that I gave NYC half the credit for my not-so-hard transformation from vegetarian to vegan. I can write a thesis on the food in New York (and I will!), but for now, I’m sharing my absolute favorite spots that even my carnivorous friends dig:

Best vegan food: Peacefood Cafe, a vegan haven on the upper west side, became a favorite even before I turned vegan. Their menu spans everything from chickpea fries to vegan pizzas and sandwiches to yummy vegan desserts; I can never resist the French-horn mushroom focaccia sandwich and a slice of the good old (vegan) chocolate cake.

Vegan-friendly ‘rare’ cuisines: More than the variety of cuisines, I love the fact that many of them in New York are vegan friendly. Try Somalian food at Safari, Ethiopian food at Massawa and the weekend Sri Lankan buffet at Lakruwana on Staten Island.

Vegan-friendly supermarket: While there are many small natural / organic markets across New York, nothing compares to Whole Foods Market, which carries vegan chocolates and vegan pesto, health food that can easily be mixed in everyday cooking (like flax / chia seeds), vegan cake slices, almond, soya, oat and hemp milk, and even natural cola made with cane sugar and no chemicals! It’s the future of the world as I see it.

Also read:
10 Awesome Free Things to do in NYC
The US Tourist Visa: How to Get That Stamp on an Indian Passport
Vegan Pizza Around the World

I never associated North America with culture, but staying a while in NYC let me experience what an interesting melting pot of unique cultures – that we might not rub shoulders with otherwise – it is.

At my first Shabbat, in NYC.

Flamenco and sangria: Outside of Cordoba in Andalusia, the two flamenco shows I caught at Alegrias La Nacional Theatre blew my mind. The monthly shows typically feature world-renowned artists, accompanied by pitchers of sangria and (not-so-vegan-friendly) tapas. The closest you can feel to Southern Spain without actually being there!

Shabbat with a Jewish family: Last fall, my friend and I found ourselves in the home of a Jewish family for Shabbat, their Friday night ritual to reflect on the week, complete with wine-blessing, ritual hand-wash and home-made challah (braided bread) – thanks to EatWith, a platform that connects chefs hosting dinner at home with foodies! I would also love to EatWith a Nigerian Culinary Art student in NYC.

Sufi music: The Rumi  fan in me was delighted to witness two mesmerizing performances by the acclaimed Amir Vahab and his ensemble. They read out Rumi’s poetry in Persian and performed with instruments like the tanbour, dating back over 5,000 years. The event was organized by the Iranian Society of Columbia University, and I could attend thanks to a friend who studies there. Case in point: Buddy up with a Columbia / NYU student!

Amir Wahab and his ensemble. Photo via tanbour.org.

A civil / criminal court in session: Learning that New York’s civil and criminal courts in session are open to the public was quite the discovery. Just for kicks, I decided to sit in on some arraignments, hearing the prosecution describe cases, the public defendant make impassioned defences, and the judge accept bail or not. It was quite like the movies, but also an eye opener in terms of racial disparity.

Harlem farmers market: Three words: Mangoes in fall! Every Tuesday (other than cold winter months), farmers from all over Harlem gather at 125th street to sell locally grown and produced vegetables, fruits, wines, pickles, bread and even vegan food. I’m not sure how mangoes make it here, but they are pretty darn good.

Also read:
The Coolest Way to Fly Out of India
How to Earn Money While Traveling

Where to stay in New York City

I mostly stayed with a friend on the upper west side of Manhattan, near Colombia University. I loved that area for its proximity to Riverside Park and easy access to the rest of Manhattan, yet far enough from the bustle of Midtown. You can try to find an Airbnb in that area; sign up with my referral link to get 15$ off your first stay!

On a recent short trip to NYC, I scored a sweet last-minute deal at Four Points by Sheraton (130$ a night, a steal for a city like New York) on Wall Street, in the heart of downtown, close to lots of awesome food and a direct train ride to the airport.

How to score a US tourist visa

I was quite hesitant to apply for my US tourist visa on my Indian passport, given the myths and stories surrounding how hard it is. Much to my surprise, scoring a 10-year visa was quite a breeze, compared to other visas I’ve applied for! Read all my tips on how to go about the US visa application process and what to expect in the visa interview.

On my NYC wishlist

Cooking class with an immigrant family: I’ve recently joined Visit.org as a traveling ambassador (more on that later), and would love to explore a new culture, cuisine and neighborhood in New York through League of Kitchens.

Korean food at Hangawi: My Korean food indulgence so far has been limited to a tofu bibimbaap, but the idea of an all vegan Korean menu at the traditional Hangawi restaurant has me drooling!

A rooftop bar: Back in my corporate days in Singapore, rooftop bars were my favorite indulgence. I have to think thrice about my funds now, but hitting a rooftop bar with a view of the NYC skyline – like The Press Lounge – is high on my list.

What does your dream trip to NYC look like?

If you’ve tried any of my wishlist experiences, let me know if they’re worth coughing up the money for. I’m all ears for new, unique things to add to it too!

Coming soon on the blog:

Subscribe to my monthly newsletter for exclusive travel musings in your inbox.