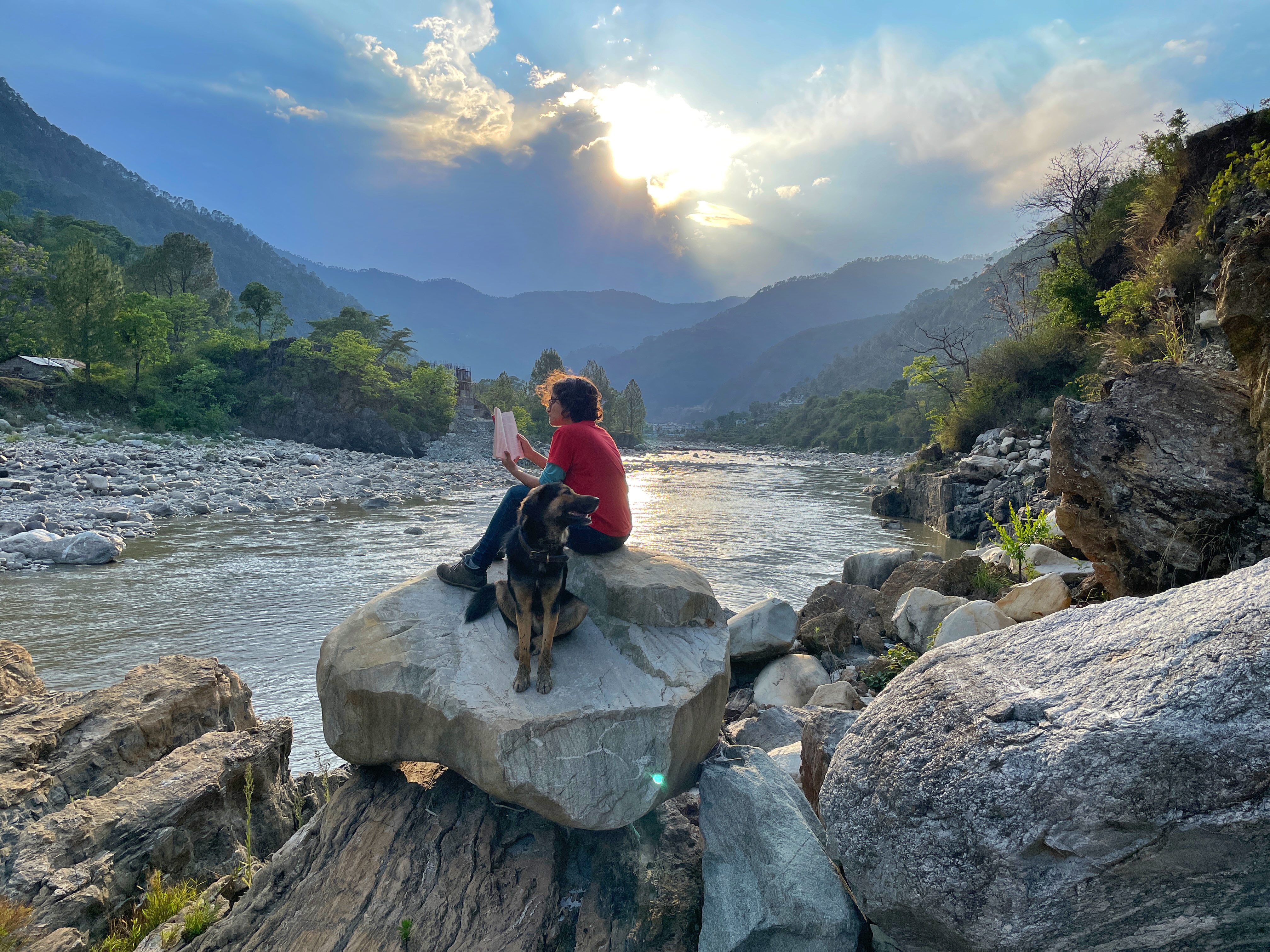 The Shooting Star Diaries is a new series to reflect on the quarter that was, recommend offbeat books and films, showcase new eco-friendly / vegan-friendly finds, share stories I’ve enjoyed writing… and check in on you! Welcome to the June 2021 edition.

As I write this post, I’m mentally preparing myself to move to our eighth rental since March 2020.

You read that right. We’ve moved eight times over the last 15 months – in the midst of a goddamn pandemic!

Admittedly a couple of these moves were out of choice. Like in June last year, when my partner and I – stuck in different corners of the universe – decided to move to Goa, the only Indian state that would take us in back then. Or in March this year, when life finally seemed to be normalizing, we took a leap of faith to move to the middle of nowhere in the Garhwal Himalayas.

But in between, we found ourselves living in what we jokingly called “the jail,” got chased out by inconsiderate owners, and lived in a place where the wash basin was inconspicuously missing from the bathroom! And don’t even get me started about rentals with mouldy walls, dated furniture and design so unaesthetic, it hurts the eye. Hopefully, it’s a case of eighth time lucky.

I’ve long believed that we’re a product of our choices.

I, for one, chose freedom over the stability of a long lease or ownership, and flexibility over the security of a full-time job – and was secretly proud of my choices. But when the pandemic hit, these choices became the bane of my nomadic existence!

In my story on The Dark Reality of Not Having a Home During the Pandemic on Journeys, I delve into all the unexpected challenges and deep introspection that have plagued my life over the past 15 months.

Books and films I recommend

The Raja of Harsil

I’ve heard much about the British-led exploitation of Uttarakhand’s forests, but never knew the history or extent of it. Through the life story of “Pahari Wilson,” a runaway Englishman who married two Garhwali women and settled in Harsil, investigative journalist Robert Hutchison recreates life in Garhwal in the 1800s. A delightful read, if somewhat painful to think of the wilderness we’ve lost.

A fascinating book about the Tarahumara, an obscure indigenous tribe in Mexico, considered the world’s greatest ultra-runners! At a time of no travel, this book by Christopher McDougall took me virtually to the most inaccessible reaches of Chihuahua, a state I had eyed longingly on the map while in Mexico.

A charming Hinglish film based on the young son of a Hindu-Muslim couple who quit their high-flying jobs and moved home to India to chase the dream of making a film. Available on Netflix.

A bizarre, bizarre film based on a true story that played out multiple times in fast food chains across the US. Available on Prime Video.

On the basis of sex

The true story of US Supreme Court Justice Ruth Ginsberg and her early battles for gender equality. Gives me hope that one person (supported by others) indeed has the power to change an entire system! Available on Prime Video.

They include a cute note on how to taste it (a bit like wine) – and instead of the regular packaging, the chocolate comes in a wrapper made of upcycled cotton and cacao husk, in a thick aluminum foil that can be reused. They also do a lot more in a bid to be sustainable – see my Conscious Vibes video about it.

Every time I visit my folks in Dehradun, I’m so excited to see how the valley’s evolving despite being plagued by traffic and chaotic construction. The latest jewel in its crown is a zero waste store set up by ex-armyman Colonel Arvind, that sells certified organic groceries sourced from across India. Take your own containers or get them in paper bags.

From founder Pardita Mascarenhas’ kitchen, Break of Dawn delivers fresh homemade vegan feta cheese and almond milk (I’m mad about the rose flavor) at doorsteps across Mumbai – at the break of dawn! Over almost six years of being vegan, I’ve tried many vegan milks and cheeses – and Pardita’s raise all benchmarks. Lucky you, Mumbai.

Minimalism – And a Rush to Fill the Void

When I first began working full time and earning a sizeable salary, I experienced a constant urge to buy the next great thing to feel fulfilled. On the road, I slowly learnt to fight and block out that urge.

But the absence of travelling has created a void in my life, and my mind has begun to find other tangible ways to fill it.

In Search of a Forgotten Family Member in Myanmar

During my solo land voyage from Thailand to India via Myanmar, I unexpectedly found myself on a different kind of journey – searching for a long lost family member in Yangon!

Truly Breathtaking Mountain Villages You Won’t Spot on the ‘Gram

When things get better (and they will!), escape to these idyllic getaways in Uttarakhand and Himachal Pradesh for a workation, hike or detox.

My Home Behind the Patient Mountains

In Iran, I came to realize that what I felt within me was a deep ache of being separated from a people, land, culture and identity that felt part of my own. As though I wasn’t an outsider at all. I was merely coming home…

Social media stuff you may have missed

For World Environment Day 2021, I imagined that our Planet Earth is calling us humans… my latest video is an interpretation of her message.

How’re you doing 15 months into the pandemic? What kept you busy in June? What stories, books, films, videos and finds did you enjoy during the month?