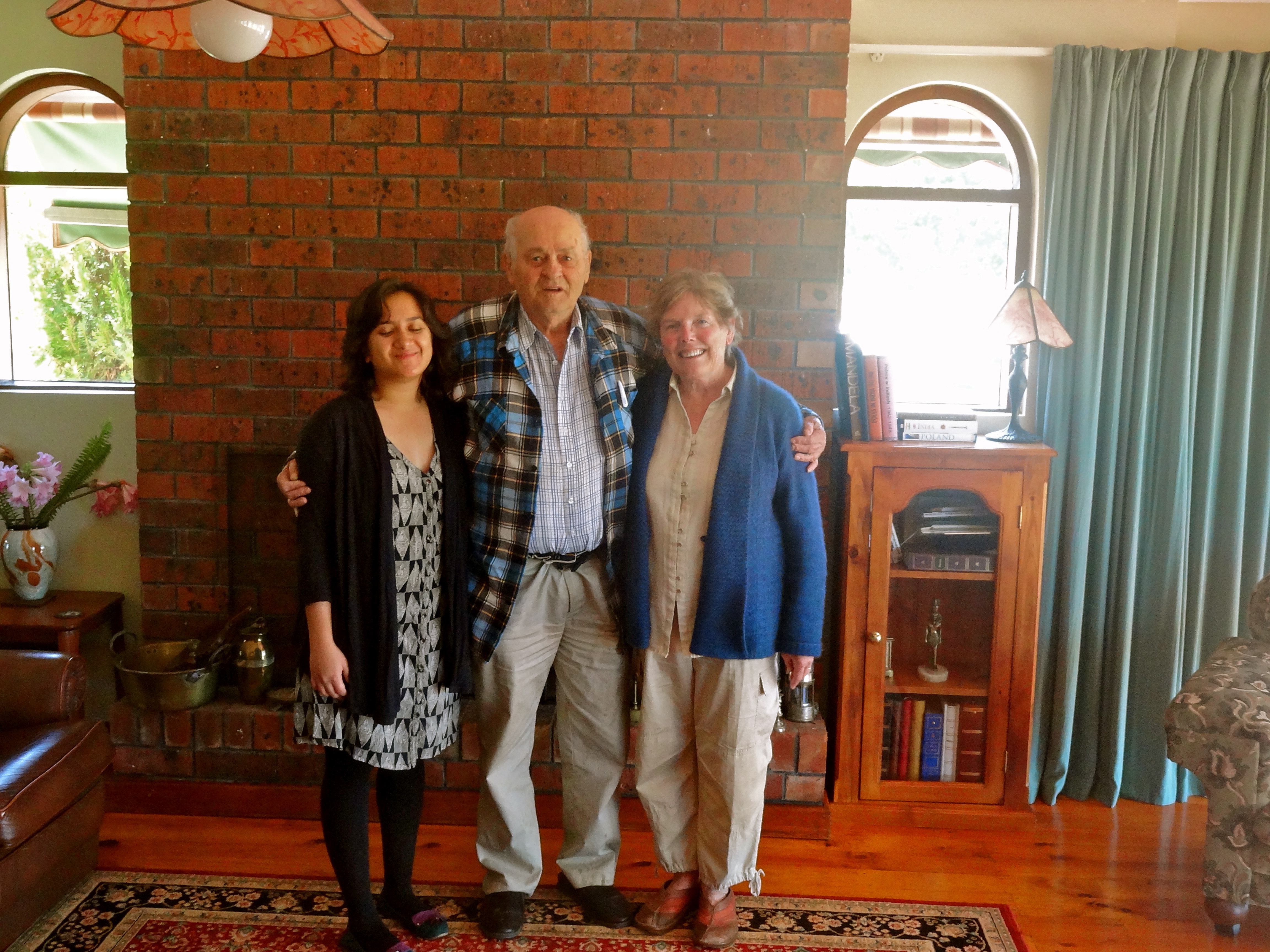 It’s a lazy summer afternoon in Fleurieu Peninsula’s wine country of South Australia. Cycling along the trail of an old railway track, we are surrounded by lush vineyards stretching into the horizon. Every few kilometres, a family-owned winery lures us in, to taste some of the finest Shiraz in the world. We chat with the friendly wine makers, satisfy our hunger pangs at organic cafes, and make our way past signboards that ask us to watch out for kangaroos and koalas!

For our tired feet and drowsy minds, a cosy abode at Linger Longer Vineyard awaits us. We’ve whiled away our evenings here sipping wine on the patio, watching the sun set upon the vineyards at our doorstep. Just as we’re settling in that evening, our hosts invite us for a glass of wine in the main house. They have just returned from a 3-week vacation in India, and in all honesty, I feel a little guilty thinking of the extent of touting and chaos my land must’ve offered them while pristine beauty welcomed me to theirs.

Rosemary pours us a glass of their in-house 2006 Shiraz, while Karol, her husband interrogates us about India, with a tough demeanour I can’t put my finger on. When I ask him, a little shyly, about his own trip, he describes the places he visited, mentioning names like Jamnagar and Kolhapur. I’m unable to fathom why anyone would travel there; the only reason I know of Jamnagar is because it lies enroute to Diu from Ahmedabad.

Before I get a chance to question him, he says everyone in India thought he was a foreigner in the country, and we must too. But, hum hain Hindustani, with a wistful longing he confesses, Jamnagar ka maharaja hamara bapu (I am Indian, the king of Jamnagar is my father). By the time we’re finishing our first glass, he has told us the most incredible story I might ever hear.

The year was 1940, the world was at war. Karol, then a child of six, was one among many Polish kids to be sent to a gulag (labor camp) in Siberia, in the southern Artic in Russia. Karol and his family managed to escape, but he got separated from his mother and siblings. Going back to Poland wasn’t an option, so he journeyed alone, walking and riding on trains and trucks, through Uzbekistan, Turkmenistan and Persia, all the way to Gujarat in India. Jam Saheb, the then king of Nawanagar (now called Jamnagar), who later became the Indian ambassador to the UN, took him in, together with 500 other impoverished Polish children. He gave them shelter, food,  education in a fine school (St Mary’s in Mount Abu, complete with a Polish-speaking teacher), and a place to call home.

I can hear Karol’s voice soften, as he tells us what Jam Saheb had told the kids when they arrived. Do not consider yourself orphans, he had said. You are now Nawnagaris and I am Bapu,  father of all the people of Nawanagar, so also yours.

For four years, from 1942 to 1946, 500 Polish kids lived in Balachadi in Jamnagar, under the personal protection of the Maharaja, when no other country was ready to take them. When the war ended, they were sent on a train to England, to start new lives. Karol remembers being on the train the night Gandhi was assassinated. It was in England that he would meet his wife Rosemary, and together they would move to Australia.

The Poles in India have been meeting every year since, swapping life stories and reminiscing about the time they spent in Jamnagar. Rosemary tells us they have all gone on to lead successful lives. She laments though, that the Polish kids are growing old, and this incredible story will soon be lost in time.

I often feel that there are many things we haven’t done right as a country. But in one magnanimous act of kindness, at a time when the rest of the world was on a killing spree, “Hindustan” gave 500 innocent kids a second chance at life.

And what are the odds that of all the vineyards in South Australia, we would find shelter at Karol’s and Rosemary’s?

With Karol and Rosemary, in their house in Willunga.

I googled Karol’s story later and found a documentary called A Little Poland in India, that has documented the lives of some of the Poles in India. Also this story written on New York Times.