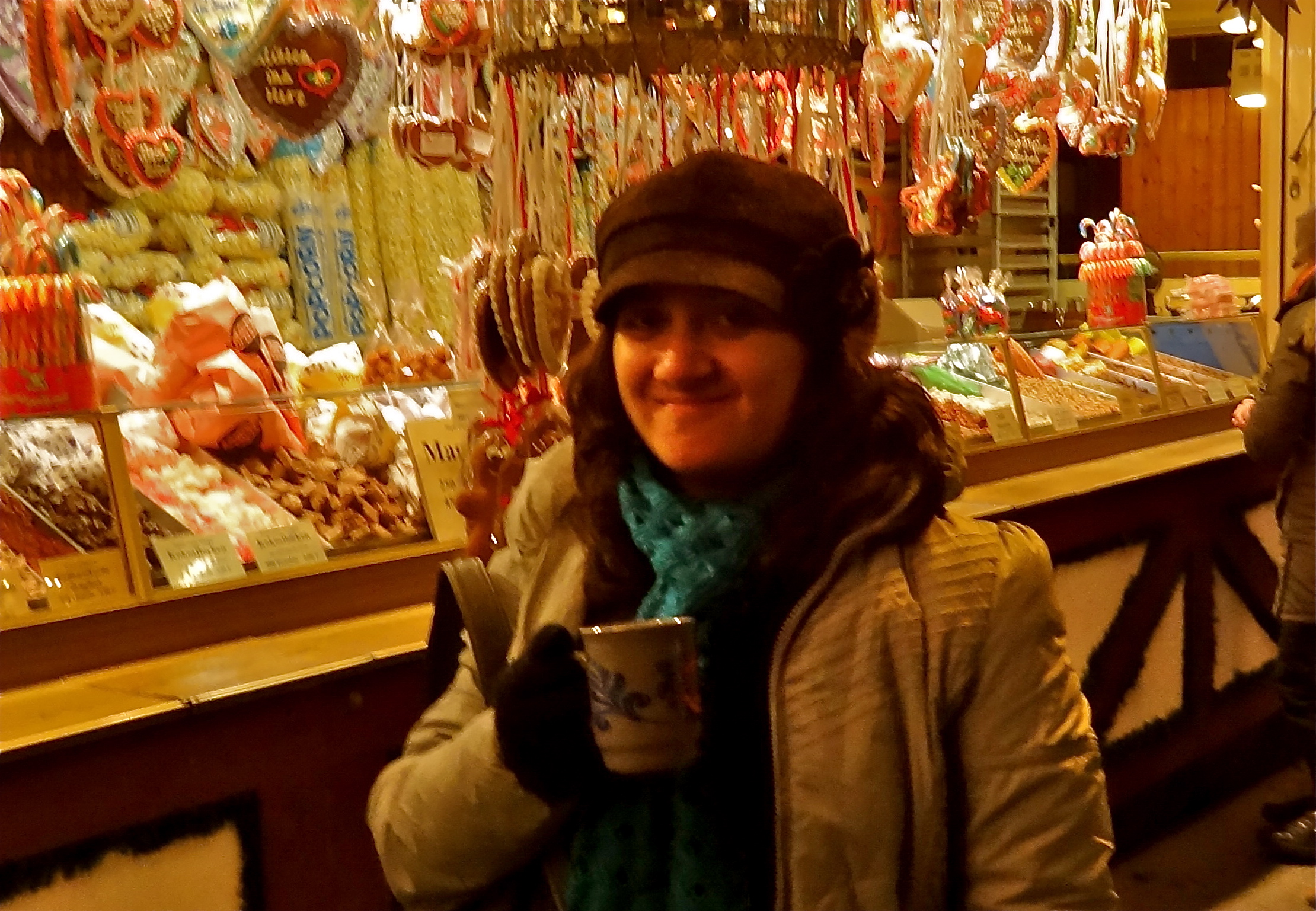 Guten tag from a cold and festive Germany! I’m on a train from Frankfurt to the quaint Bavarian village of Rothenburg as I pen this. Outside, the landscape is a stark contrast between bare brown forests and colorful countryside homes. It’s symbolic of winter in Europe; introspective and festive at the same time.

Dressed in my polar bear costume (our pilot described the negative one degree temperature as “warm” when we landed!), I hit the Christmas Market in Frankfurt last night, together with two bloggers from Korea and China. Colorful booths lined the streets, selling traditional German and Christmas gifts. Food stalls served up hash-browns, frankfurters, crepes, and local delicacies. Kids played on brightly lit merry-go-rounds and the whole place had a carnival-like feel. People gathered around drinking glühwein, the famous warm mulled wine of Europe, chatting, warming up over some neighborhood gossip. Christmas music played everywhere, and the night rang with the clinking of cups and prost. Such revelry!

Festivities at the Frankfurt Christmas Market.

This is how people keep warm on cold winter nights in Germany!

I joined in the festivities, warmed up over a cup of glühwein, and chatted up friendly local women who’ve been coming to sell traditional gifts at these markets since they were little girls. Then like I promised on Facebook and Twitter, I found a perfect Christmas gift for you!

The famous German Räuchermännchen has come all the way from east Germany, and though it looks like a wooden toy, it is actually an incense smoker! You open the lower half, put in a burning incense, and let it keep you warm and smelling like Christmas on a cold winter night.

Say hello to the Räuchermännchen!

I’ll buy a Christmas gift every day from different markets in Germany. You can enter the Christmas Hunt in Cool Germany contest every day to win it, and also win a flight ticket to Germany on Lufthansa Airlines!

Have you been to Christmas markets in Germany? What do you love most about them?

Note: I’m travelling in Germany on invitation from Lufthansa Airlines and Germany Tourism.