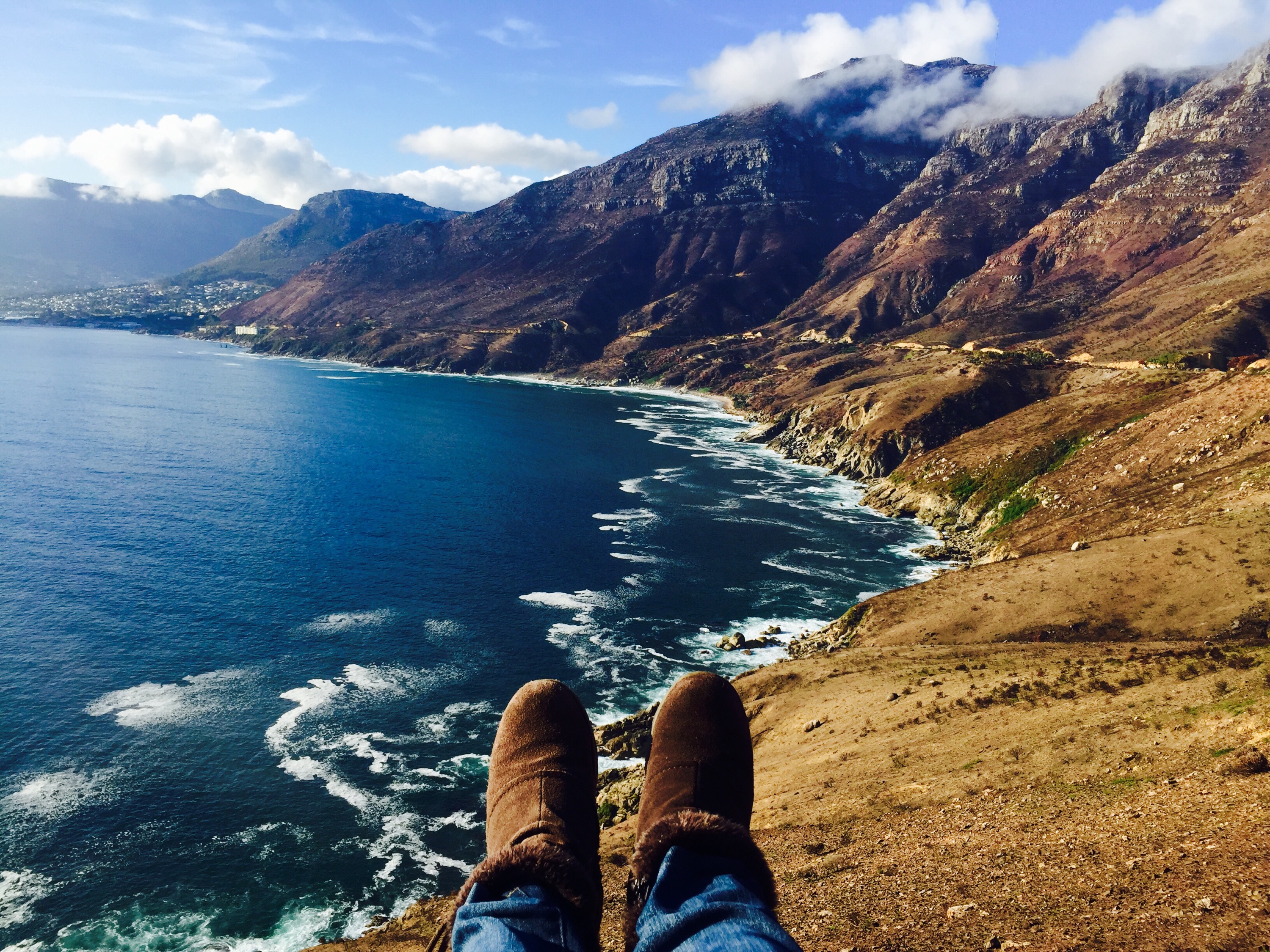 First time in South Africa? Because just a few days into my trip, I fell head over heels in love – with the natural beauty, food and people of South Africa.

In late April, I left the pristine wilderness of Spreewald in Germany, and arrived on the world’s wilder side – South Africa. Even before I stepped out of the airport, a local, seeing my sleep-deprived self looking for an ATM, offered to buy me coffee! Dramatic mountains shrouded in mist greeted me as we drove into the Rainbow nation.

Over two weeks, I’ve travelled with a group of international and South African travel bloggers, on invitation from the South African Tourism Board, eager to discover a gorgeous yet complex country. These are my first impressions:

South Africans are open-minded and so much fun!

For a country where apartheid was officially abolished only in 1991, I was cautious of treading the fine line between being sensitive and learning about the way life has evolved. I soon realized I was being too serious.

Making friends here is as easy as a short and deep conversation, realizing you’re on the same wavelength, swapping contacts and keeping in touch! I’ve had open and honest discussions with local bloggers on my trip, but also with people I met briefly on my first day in Cape Town and have kept in touch with over Whatsapp – on everything from the apartheid struggle to being born into “white privilege”.

While walking on the train tracks in the quirky village of Matjiesfontein, a group of young teenagers from the local community invited me to join them. They held my hands and made me feel the electricity passing through the railway tracks. They taught me secret hand gestures, dance moves I couldn’t quite follow and Chris Brown songs! It was in that moment that I promised myself I’ll be back on a slower, longer trip to discover the true soul of South Africa.

Also Read: IndiKate by Kate and Mzansi Girl by Meruschka for a South African perspective on travel within the country.

I didn’t even need to step out of Cape Town, the second biggest city, to sail out on the sparkling blue Table Bay or eat in the backdrop of Table Mountain. A short drive away, I watched in awe as African penguins swam ashore to their colony on Boulders Beach, and wild ostriches casually strolled along the road in Table Mountain National Park.

The natural beauty blew me away even before I hit the countryside with rolling olive farms, jagged limestone mountains and the roaring Indian Ocean!

Also Read: 50 Epic yet Offbeat Things to do in Cape Town

[Update 2019] South African cuisine is largely meat-based, yet vegan food is easy to find in the cities.

It’s true that braai (barbecue) is a HUGE part of South African culture. But I learnt that in many local homes, the staple food includes paap (maize meal), lentils cooked with local spices, morogo (spinach) and a somewhat spicy tomato relish!

Big cities like Cape Town and Johannesburg are at the core of a growing vegan movement. During my recent trip in end 2019, I feasted not only on vegan / veganized South African food but also vegan delights from across Africa!

Also Read: How to Travel as a Vegan and Find Delicious Food Anywhere in the World

I’ve felt safe during my trip but heard scary stories

I’ve travelled in a bit of a bubble with fellow bloggers and a pre-planned itinerary, but managed to sneak away from the group enough times to know I want to come back and travel here by myself. I felt apprehensive at first, when people tried to talk to me the moment I was alone, but I quickly came to realize that it’s just their culture and curiosity – much like in India – and I’ve loved these serendipitous encounters.

But I’ve heard of mugging incidents in my neighbourhood as recent as yesterday, and been warned not to venture into the townships (the native settlements) and street markets by myself. Since I’m not traveling on my own, I can only say that just like anywhere else in the world, it’s important to do your research and keep your wits about you while traveling in South Africa.

Also Read: How I Conquer My Solo Travel Fears

What are you most excited about for your first time in South Africa?

I travelled to South Africa on invitation from the South African Tourism Board, as part of the #MeetSouthAfrica campaign. See a glimpse of our trip here!

How we *almost* got stranded at the South Africa Lesotho border