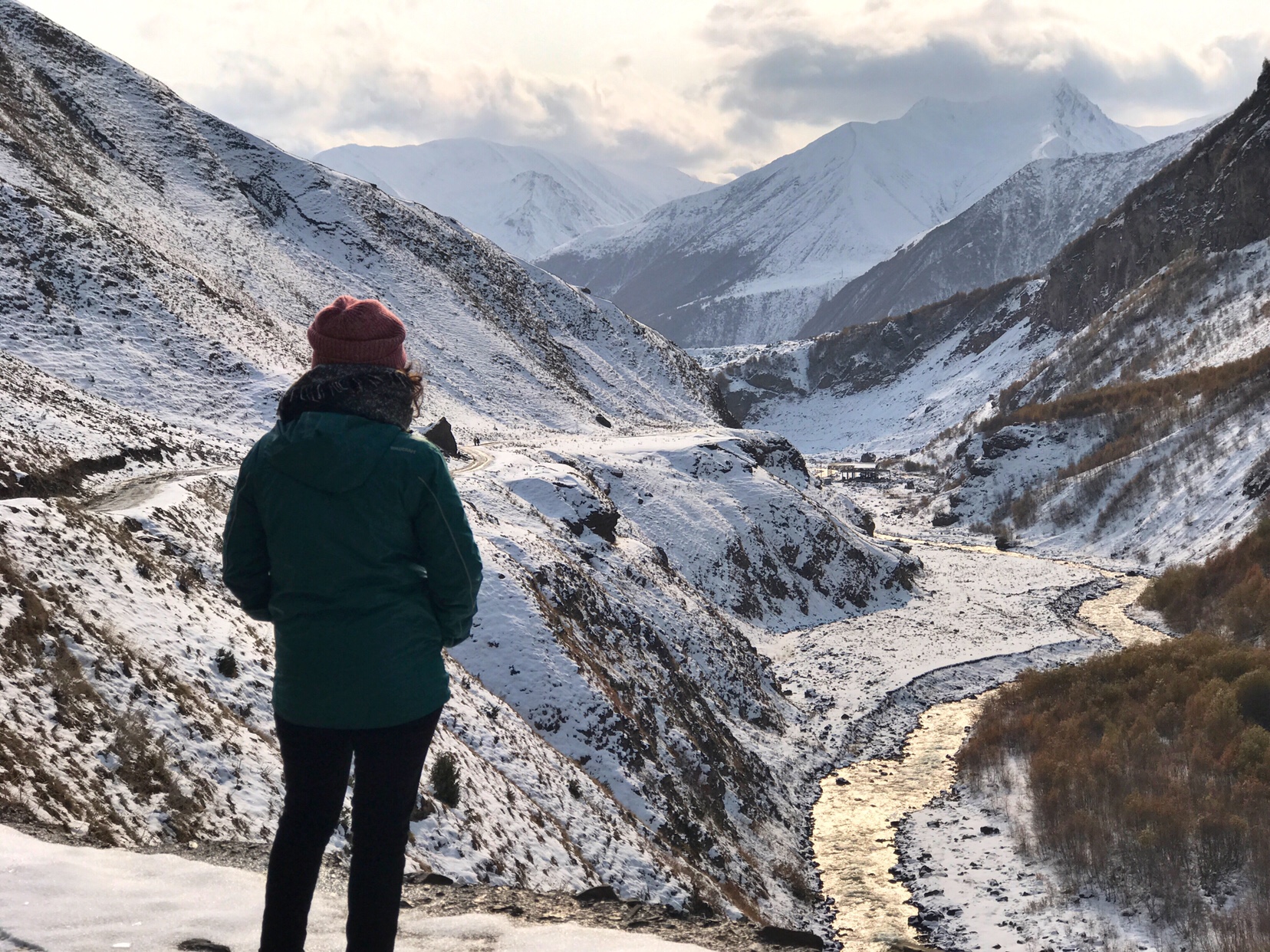 The official Georgia visa requirements for Indian citizens state that Indian passport holders are eligible for the Georgia e-visa. Yet, many Indians have been deported from Tbilisi airport, for not meeting the Georgia tourist visa requirements. Why is this happening, is it still worth it for Indians to travel to Georgia, and how to make sure your Georgia visa as an Indian passport holder will be accepted in Tbilisi?

Perched on a mountain overlooking Tbilisi, Georgia’s capital city, is a prominent statue of the ‘Mother of Georgia’. In one hand, she holds a cup of wine, and in the other, a sword. The wine is to welcome friends; the sword is to deter enemies.

Four years ago, when I first travelled there on my humble navy blue Indian passport, I immediately felt welcomed like a friend. When cabbies heard I was from India, they would sing me Raj Kapoor songs from old Bollywood movies. In Racha, I drank whiskey shots with my host family for breakfast, in celebration of being their first ever Indian guest. Deep in the Caucasus Mountains, despite no common language between us, I made soul connections with local priests on a vow of silence.

Four years ago, in order to get a visa to enter Georgia on my Indian passport, I had to spend a few frustrating hours outside the small compound of the Georgian embassy in Delhi. Sweating in the oppressive Delhi summer heat, my only fellow applicants were two farmers from Punjab, hoping to buy agricultural land in Georgia and start a new life.

When I finally spoke to the visa officer, it took some convincing to be granted a month-long visa. But I was ecstatic to receive that Georgia sticker visa from India and be on my way.

Things have changed drastically since. While I was still in the country, Georgia relaxed its visa rules and granted entry to Indians with a valid (and used) visa to the US, UK or the Schengen zone of Europe.

Also read: How I Manage Visas on My Indian Passport as I Travel Around the Globe

Then in 2015, Georgia opened up an e-visa option for Indian passport holders.

You no longer have to wait in the sweltering heat outside the Georgian embassy in Delhi, nor have the coveted US or UK visa on your passport to enter Georgia. All it takes is an online visa application. But…

Indians with e-visa are being denied entry into Georgia

I was shocked when I first heard it. Months ago, a solo traveller from Mumbai posted on Facebook how she had been deported from Tbilisi airport back to India, despite an e-visa and valid documents (accommodation, return flight ticket and bank statements). She described the immigration officials as rude and unwilling to listen.

Her report was soon followed by others – all Indian passport holders on e-visa, deported without reason.

In fact, when I travelled back to Georgia in November 2017 and started sharing my stories on Instagram, multiple travellers messaged me to share how they had been deported from the airport and had their travel plans shattered.

Also read: Advice for the Young and Penniless Who Want to Travel

I’ve often felt some sort of racist undercurrents against Indians in countries frequented by Indian travellers. I hate it, but I do understand why the stereotype exists. Some Indian travellers tend to be overly demanding and disrespectful of the local culture. I felt those undercurrents even on my first day in Tbilisi this year – unlike my first trip in the country.

During my time in Georgia, I tried to get to the root of the problem. I heard from locals (and in the local news) how farmers from India have rapidly been buying agricultural land and putting Georgian farmers out of business. I also heard about the surge of Indian travellers into the country since e-visa began, some of whom were illegally transiting through Georgia to enter the EU.

But it wasn’t until I was leaving, at the airport immigration, that it became obvious. The immigration officer was friendly at first, but his expressions changed when he saw “India” on my passport. He began asking me questions, like why I would spend a month in Georgia, who gets a one month holiday, my itinerary in the country… I found such interrogation at EXIT immigration strange. It left a bittersweet taste.

Is it still worth travelling to Georgia?

To tell you the truth, I’ve hated typing this post. Despite the negative undercurrents in some interactions, I love Georgia. It’s a gorgeous country, with mountain towns right out of a postcard, warm-hearted locals, delicious (and plenty of vegan) food, a feeling of abundance (think juicy red apples in every front yard in the fall), fascinating legends and a growing alternative food and music scene in Tbilisi.

The tourism infrastructure is comparable to the rest of Europe, at a third of the prices. And for a country where tourism is growing rapidly, I’ve hardly ever encountered a tout or felt cheated.

To tell you the truth, I can’t wait to go back.

Also read: Dreamy Airbnbs to Experience Europe Like a Local

Forget about entering with an e-visa. A record number of Indian travellers have been deported from Tbilisi this year, and immigration officials are not inclined to honour the e-visa. It isn’t worth risking your flight costs, hotel bookings or work leave. Besides, it might shatter your Caucasus dream.

Use the alternate option to enter Georgia – a valid and used visa for the US, UK or Europe (Schengen) on your Indian passport.

While entering the country, the immigration official looked at my passport with some concern at first. But as he flipped through and saw my US visa, he relaxed. No more questions asked, no documents checked.

Applications for a Georgia visa from India can be filed at VFS Georgia, like applications for other tourist visas on the Indian passport. The fee is 20$.

I know it sucks on many levels, it sounds unwelcoming, it seems tedious. But what can I say, it’s worth the hassle if you want to experience the breathtaking beauty of Georgia and its people.

Have you had any experience with the visa for Georgia?Would you consider travelling to Georgia despite the visa hassle? How do you deal with visas on the Indian passport?