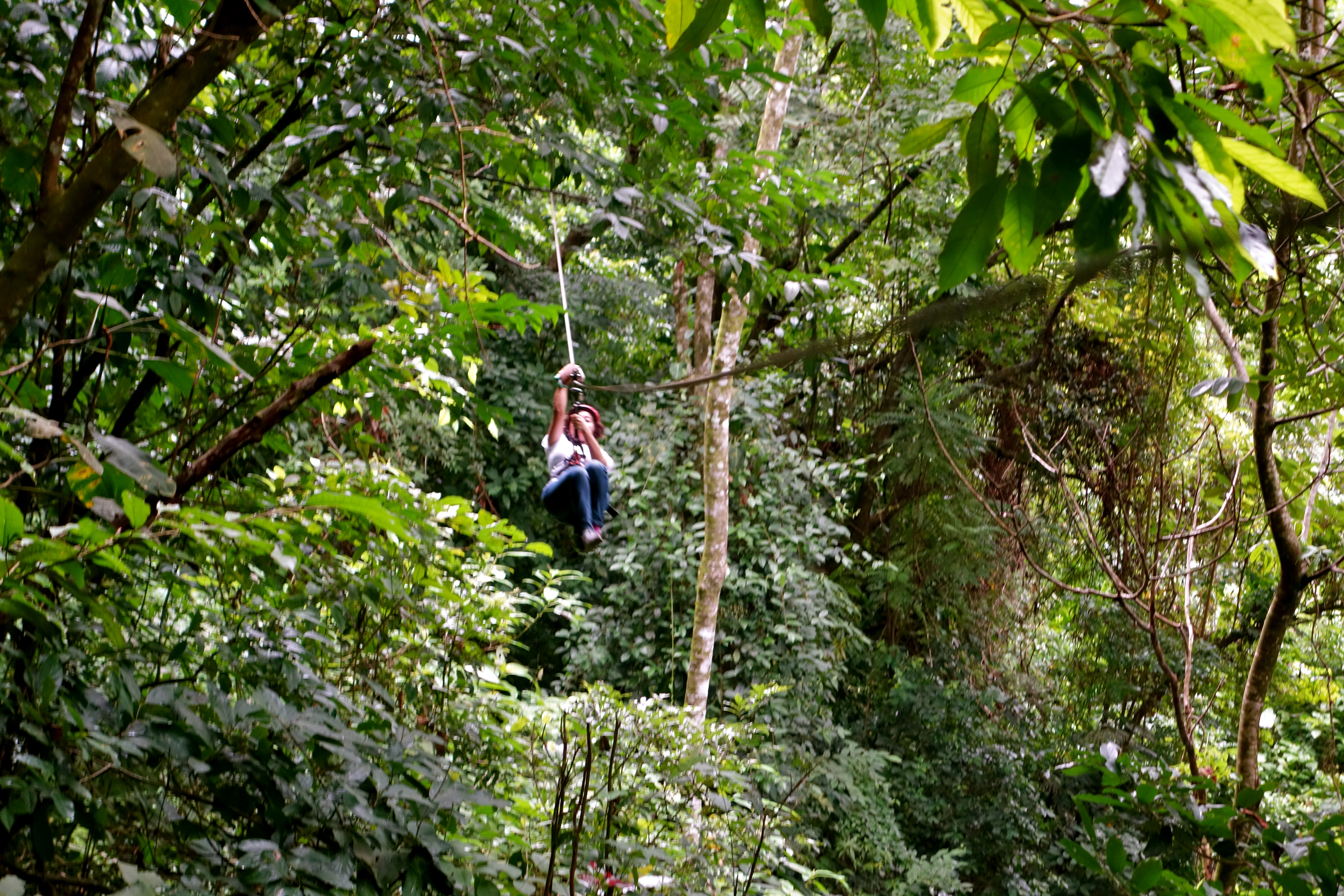 I almost didn’t go to Honduras. I remember sitting in a cafe, skyping with my friend, trying to decide if we should travel there; it sounded beautiful, but also pretty damn scary.

San Pedro Sula, the entry point into Honduras, is nicknamed the murder capital of the world.

And Honduras itself, one of the most violent places on earth.

A Tripadvisor forum advised people not to step out of their hotel on foot at any time of the day.

Would we be risking our lives?!

That afternoon, I sought shelter from a heavy downpour in the public basketball court of San Marcos La Laguna, my last stop in Guatemala (Read: My Impressions of Guatemala). I hadn’t played in years, and couldn’t resist the shy invite to join young Mayan boys and girls for an exciting, adrenalin-packed game – the things we can never imagine doing on the other side of the world!

Resting my tired limbs, I got chatting with a young man who turned out to be the sports coach in these parts. When he asked where I would go next, I told him it was between El Salvador and Honduras, and asked him if he had even been. Never, but his friends in El Salvador loved Honduras!

Fast forward a week, and we were catching a bus from San Pedro Sula (alive, thank you very much) to the far end of La Ceiba, in a remote village between two protected forest reserves.

Honduras is safe enough to travel in.

In exchange for our apprehensions, we learnt that our host family at La Villa de Soledad didn’t even bother closing their gates or doors at night. The biggest danger were stray dogs wandering in to steal their chihuahua’s food!

In San Pedro Sula, we strayed out of our hotel on foot, at night, to grab dinner. The city, despite a label so violent, is surprising pretty, surrounded by green-sculpted mountains with a bustling city centre.

Like the rest of Central America, gang violence has gripped some parts of Honduras. But as long as you keep away from those parts, trust your gut and mind your own business, it’s like any other country in the world – only with scarier labels. We found the locals to be laid-back and friendly; one even bought us a round of drinks at a bar!

The Bay Islands are an untouched Caribbean paradise.

I had marked the Caribbean islands like Bahamas out of my budget. But Honduras gave me my chance. Its 3 Bay Islands – Roatan (popular with luxury travellers), Utila (famous for diving) and Guanaja (the least visited) – are easily accessible from La Ceiba and relatively affordable.

We picked Guanaja, the one without paved roads, towns built on stilts and kayaks for transport, and I’m still searching for words to describe my first taste of island living at La Giralda in the Caribbean.

I vaguely recall reading a website that declared Honduras unpalatable for vegetarians. Sure, meat features heavily in the Hondureño diet, but it’s easy to find delicious food without it. I loved baleadas – a thicker version of the corn tortilla and kind of a national dish – stuffed with black beans, cheese, plantains and sometimes eggs. Tortillas, rice, empanadas and such are easy to find too.

Adventure enthusiasts, Honduras is your calling.

Oh what adventures Honduras had in store for us! We went mountain biking through the challenging terrain and remote villages of Nombre de Dios along the River Cangrejal, canopying and hiking in the dense Pico Bonito rainforest, stand-up paddle boarding and kayaking in the Atlantic Ocean, and snorkeling in the second biggest barrier reef in the world, spotting magnificent corals, lion fish and octopus!

Have you ever travelled to a place whose labels were all wrong?