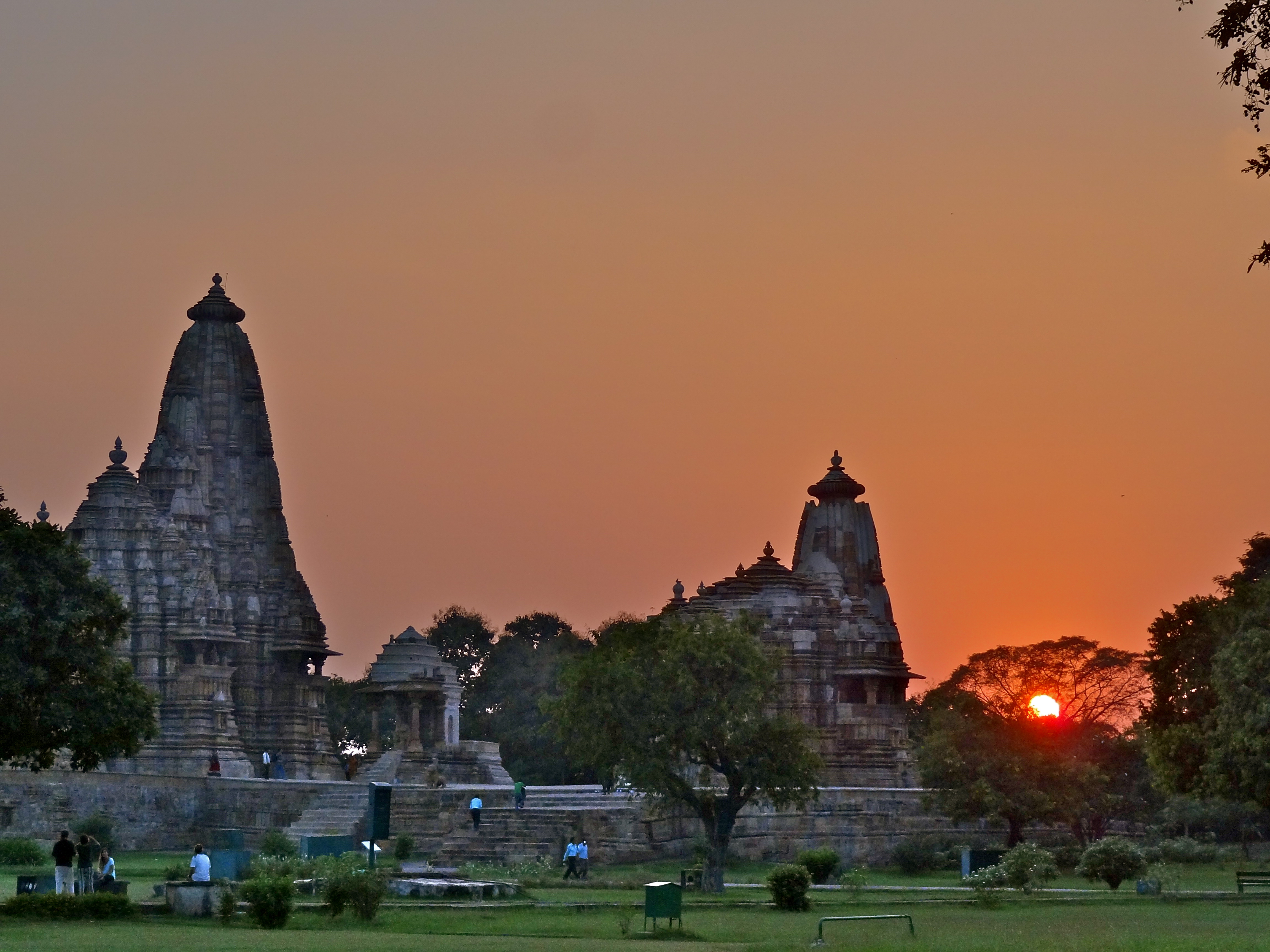 The faint outline of a waning moon appears in the sky, as the sun slowly descends beyond the magnificent temples, and times, of the moon-worshipping Chandela dynasty. In the distance, a guide solemnly explains to an Indian family the sculpture of a foursome on the wall – this aasan (pose) depicts a man “satisfying” three women, the pose helps improve blood circulation in the entire body, he says. I gape in awe, first at the intricacy of the stone carvings, then at the nonchalant reaction of the family. Chances are, the same adults will condemn their daughters from dating men of their choice, label sexual references as taboo in another (non-holy) setting, and scorn at pre-marital sex, all in the name of Indian culture.

Beautifully preserved glory of the Chandelas, at Khajuraho.

The “foursome” sculpture at Khajuraho!

The carved sculptures that adorn the temple walls at Khajuraho. Notice the intricacy!

I’m struck by the irony of the depictions on the walls, in the context of today’s India. Centuries ago, our temples and people were liberal enough to tastefully explore the desire and biology of our own bodies, even in the presence of the gods they worshipped. Centuries later, our temples veil women, our political leaders condemn nudist art, and Bollywood’s portrayal of sex is anything but tasteful. How did we change so much?

Khajuraho temples lit up during the sound and light show.

I’m travelling with Pugdundee Safaris in Madhya Pradesh this week, staying at their eco-lodges at Panna, Bandavgarh and Kanha, visiting the wildlife parks and exploring life in Bundelkhand. All opinions / thoughts expressed in this post are my own.