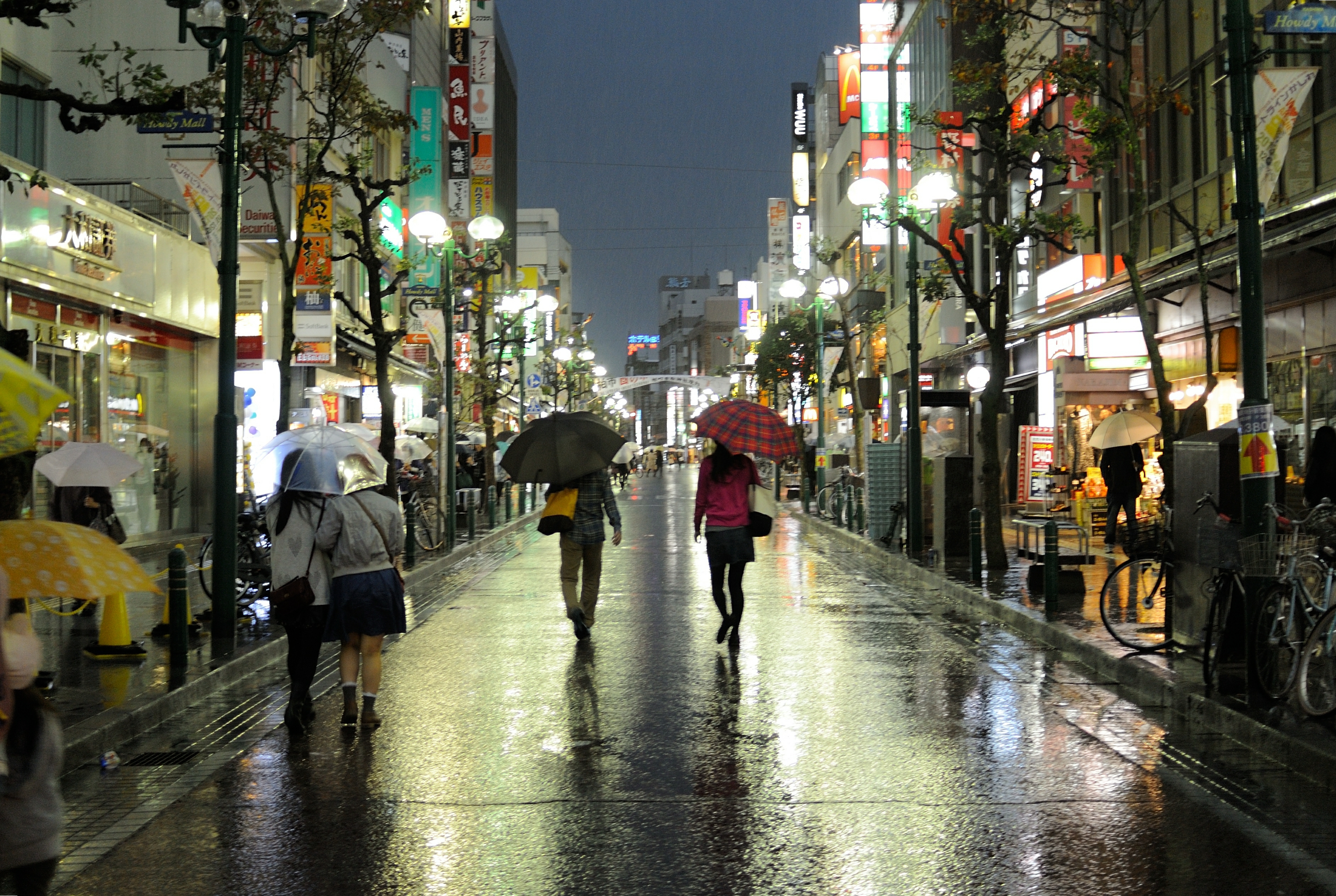 I’ve been fascinated by Japan, thanks to books by Japanese writer Murakami. Finally, a journey in search of Murakami’s Japan – and also my own. Featured image: Keromi Keroyama (CC)

Don’t you think it would be wonderful to get rid of everything and everybody and just go some place where you don’t know a soul?
~ Haruki Murakami

It was 2012 and I was on a long train ride along the Rocky Mountains in Canada. In the backdrop of the dramatic scenery outside my window, I savoured every word of Norwegian Wood, my first book by celebrate Japanese writer Murakami.

I remember laughing and crying many times on that train ride, my emotions surging with those of Murakami’s characters.

Through his books, I’ve walked along the bright deserted streets of Tokyo in the wee hours of the morning. Drunk craft beer on a warm summer day in the city’s upscale Ginza neighbourhood. Indulged in intellectual conversations at a jazz bar in Shinjuku. Sampled ramen in a traditional Japanese ryokan. And sipped whiskey by the fireplace, listening to music on an old vinyl record player, on a snowy day in Hokkaido.

Also read: If the World Was a Library, These Books Would be the Destinations I’d Pick

Through his books, of which A Wild Sheep Chase and Sputnik Sweetheart are two of my favourites, I’ve felt grow in me a mysterious yearning for Japan. An indescribable feeling, despite never having set foot in the country.

After dreaming of Japan for years, I’m finally heading there… in search of Murakami’s Japan, but also my own.

My plan for Japan

I arrive in Tokyo on March 5th; I’ll spend my first week exploring the Kantō region and the Japanese Alps on the mainland of Honshu – on assignment for the Japan National Tourism Organization, along with a handful of bloggers from around the world.

We’ll be sampling some of Japan’s finest whiskeys at the foothills of Mount Kaikomagatake. Seeking out “Ume” – Japanese plum blossom – in Akima. Sneaking a peek at snow monkeys that descend from the cold cliffs to the Valley of Yokoyu River to bathe in the onsens (hot springs!) in winter. And indulging in the intriguing local cuisine, including unique Buddhist vegetarian fare.

You can follow our adventures with #UndiscoveredJapan and #VisitJapan on social media.

Over the following two weeks, I plan to explore the lesser-known island of Kyushu. This promises to be a region of extraordinary natural beauty, including active volcanoes, remote calderas, open grasslands and somewhat strange, nearly uninhabited forest islands.

And I’m still figuring out where to go on my own in the last week – perhaps catch the onset of sakura – cherry blossom – along the temples and forests of Kyoto prefecture. Or meditate at a Zen Buddhist retreat in a mountain shrine. Or lose track of time in a remote little village in Hokkaido.

If you’ve been to Japan, I’d love to hear your recommendations on unique places to stay, interesting experiences off the tourist track and any vegan survival tips!

Oh, and if you happen to know Murakami-san, I would love an introduction 😉 Arigatou Gozaimasu.

I sometimes think that people’s hearts are like deep wells. Nobody knows what’s at the bottom. All you can do is imagine by what comes floating to the surface every once in a while.
~ Haruki Murakami

New to Japanese writer Murakami? Start with these books

Norwegian Wood by Murakami changed my reading world with this book. I laughed, cried and thought about the characters for a long, long time. Few authors can make their readers feel their words so intensely.

One of Murakami’s earliest works, A Wild Sheep Chase is a keeper, though perhaps not as polished as his later works. It’s bizarre, intriguing, indulgent and relatable, all at the same time. And it left me with a real longing for Hokkaido.

Another journey into the strange, fascinating universe of Murakami, Sputnik Sweetheart is set on a Greek island. And you guessed it – I’ve been longing to go to one since I read it 😉

Kafka on the Shore

I must admit I didn’t enjoy Murakami’s Kafka on the Shore as much as I had hoped. But despite that, I find myself thinking of Kafka and the “other world” pretty darn often!

Are you fascinated by Murakami / Japan? What would you most like to read about from my month-long Japan trip?

*Note: I’ll be spending my first week exploring Japan on assignment for JNTO. Opinions on this blog are always my own.

UPDATE: I fell in love with Japan!

Read my blog posts to plan a trip to Japan:

Secrets Behind Some of Japan’s Most Intriguing Traditions

How My Japan Trip Changed My Impression of Japanese People