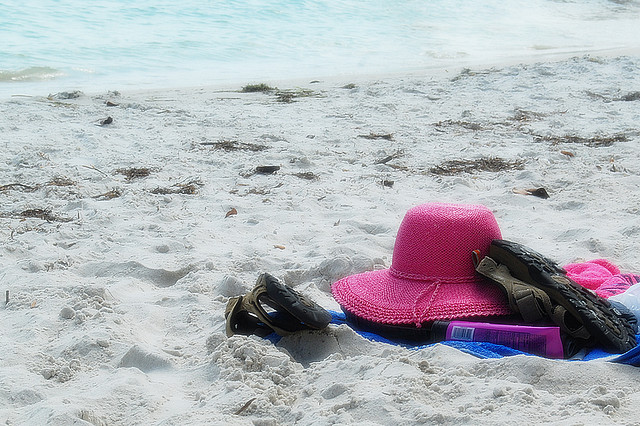 The year is 2010. It is a pleasant morning in the big town of Manado in Indonesia. The traffic is moving at a steady pace, men & women are crowding the Microlet (local transport van) interchange, and we are trying to haggle a ride to the ferry terminal in the four words of Bahasa we’ve learnt in the one day we’ve been here. We must be on our way to the little known island of Bunaken today.

The ferry terminal is not a terminal at all. It is a few logs of wood, unstably dipping from a cemented shore into the South China Sea. It is an exhibition of boats of all sizes and ages. It is a parade of boat owners, fishermen, vendors and poultry farmers. I thank Google for warning us of the touts who are approaching us for a “reasonably priced” ride on their speed boats. One gentleman, probably in his late forties, wearing what reminds me of a lungi from India, is particularly persistent on giving us a ride and repeatedly asks if we have a place to stay at Bunaken. We do not, but  having had enough practice with unrelenting touts both in India & while sightseeing in Asia, we answer in the affirmative, resolute in our decision to take the big public boat that, as Google said, was the cheapest way of reaching the illusive island.

The public boat is filled with a dozen half-drugged half-alert chickens in the centre. We cautiously maneuver our way to the edge and squeeze ourselves between a group of women, who try to make conversation with us, but give up after realizing that we don’t have a common language. The chickens desperately flutter their wings at a tidal sway, almost throwing us off-board with the surprise, and as the women laugh at our racing hearts, we longingly look at the speed boats that pass us by. The bright blue waters console us with dreams of napping under a tree on delicate white sands in Bunaken.

We pull ashore after an hour, and as we step off the boat, I rub my eyes and pinch myself. We are standing on a muddy, thorny, brown swamp in the name of a beach. Disappointed, we lug our backpacks for half a mile through the muck, until we see a shack. We speak with the owner in pidgin English, and soon realize we’re on the wrong side of the island! The only affordable way to cover the 5 or so kilometres to the other side is on a bike, and so we hop on, one on each. I enjoy the view and breeze at first, but as I lose track of my fellows and whizz deeper into a dirt road, I’m mortified. Escape route? None. Self defense weapons? None.

The thorny, swampy side of Bunaken. Photo credit: Tanti Ruwani.

I’m overwhelmed when after fifteen minutes, we emerge on the white shore of refreshing blue waters, with a volcano to decorate the backdrop. There’s only one resort on this part of the beach, and vaguely recalling its name while googling for Indonesia travel, we get ourselves a room with a hammock in the balcony overlooking the beach, the sea and the volcano. The owner comes to greet us, and we want to dissolve in embarrassment on seeing the same lungi-clad man who we had dissed as a tout, thanks to our tourist-upbringing with the rule of guilty until proven otherwise.

Perhaps fate wanted to tease us. Our island friend helps me sketch a lot of sunny memories of Bunaken. I ride the waves on the roof of his speed boat at sunset. My first snorkeling experience under his purview reveals the spectrum of corals and fish masked by the blue waters. His warmth transforms my brutal assumption into a new rule: friends until proven otherwise, though my gut often gets the better of me.

Colors of the sky on a Bunaken evening. Photo credit: Yavor Dimitrov