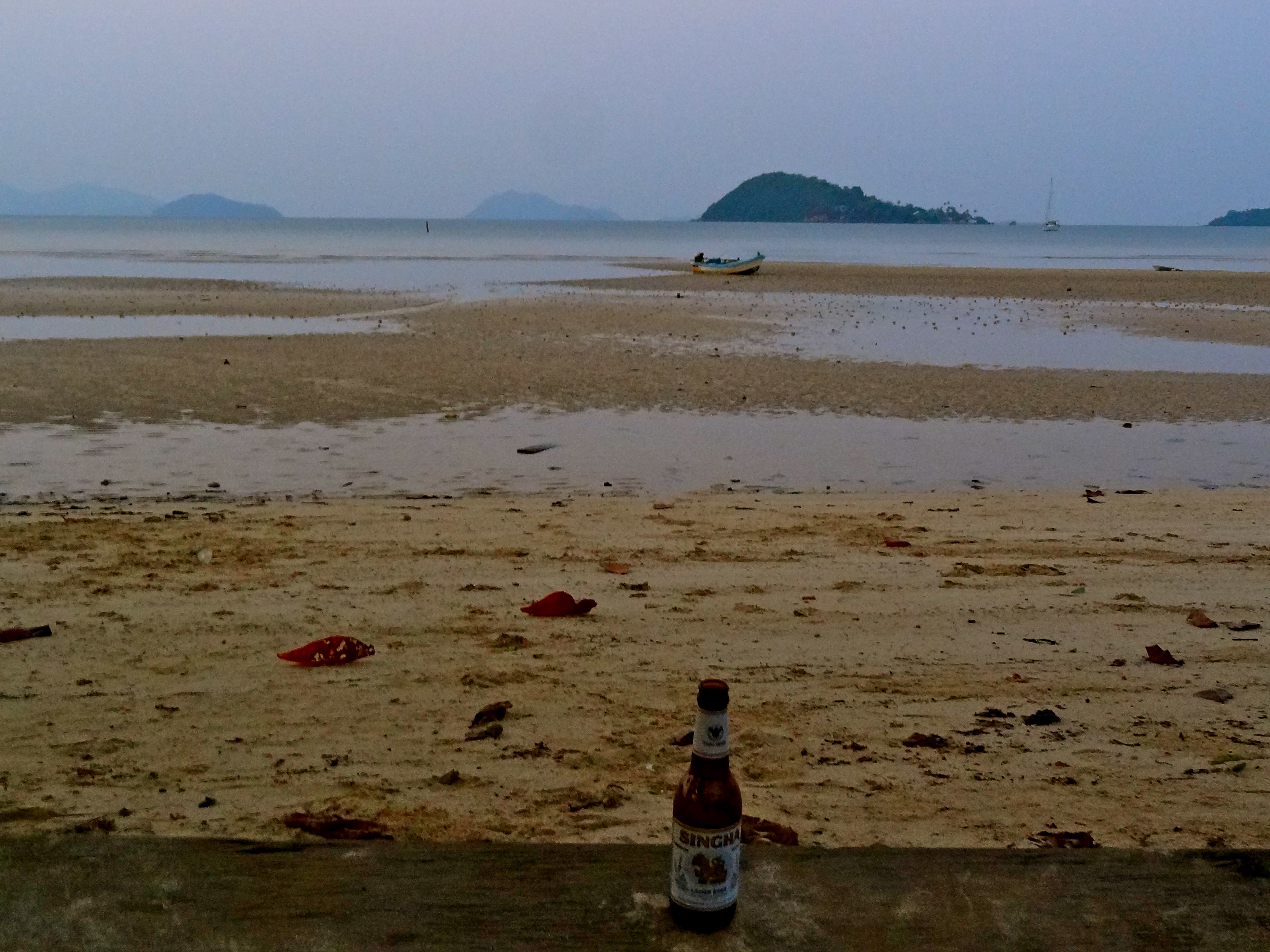 There it lay. A mile long beach with pebbly white sand. The sea had receded into low tide, inviting us to wade into the shallow waters. Broken boats lay on patches of the sea bed that would otherwise be submerged in water.

In the distance, islands gently rose from the horizon; islands that should technically mark the start of Cambodia. We were on the eastern edge of Koh Mak island, one of Thailand’s better-kept secrets, and giving us company were only three water-loving dogs.

A boat lies on the sea bed at low tide.

We had set out earlier that evening, from our cosy hideout at Bamboo Hideaway, a rustic bamboo lodge run by an Italian couple who made the island their home three years ago. We followed our tiny map to the dot, and I maneuvered our scooter up a hill, on a dirt road, and into the bushes, till it would go no further. As per the map, this route should have led us to a stunning view of the sea, and all the way down to a beach on the other end of the island. We crumpled the map, deciding to let the road lead us instead. And lead us it did.

First glimpse of the beach.

Driving along the eastern part of the island, we turned along a narrow by-lane and drove off the road for what seemed like an eternity. Just before we gave up, a winding path opened into a little piece of paradise. The beach lay before us. The sea beckoned us. On a far end, in a small shack, four Thai men sat around, playing cards. We asked them for a bottle of the Singha beer they had stacked alongside them in an ice bucket, and made our way into the sea. The sun was setting on the other end of the island, and the sky above slowly turned pink. The dogs wagged their tales enthusiastically, as though welcoming us to their part of the island. Watching us wade into the sea, they ran far in too, and played and splashed like nothing else in the world mattered. Indeed, nothing else did.

Beer at the beach, on Koh Mak island.

A little bit of paradise.

Ever landed on a deserted beach purely by chance? Share your story in the comments.