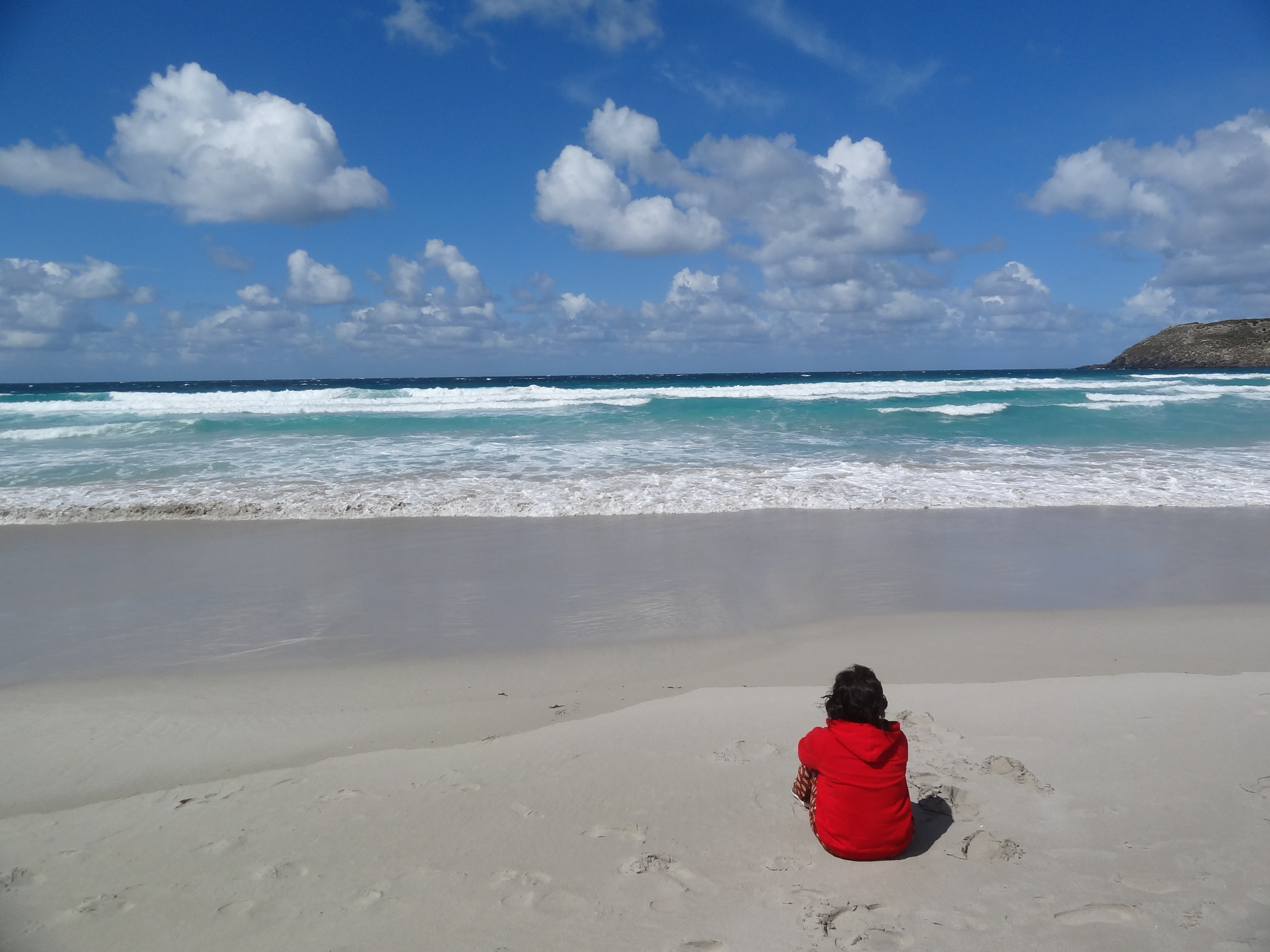 Three days ago, I  woke up to pristine blue waters as my Singapore Airlines flight hovered over the coast of Australia. Five years after my first trip to Melbourne, I am back in the land down under – ready to experience more and drink less (yes, that trip’s a bit of a blur).

So far, I’ve spotted kangaroos and koalas in the wild,  indulged my taste buds, and seen some of the country’s most pristine beaches. These are my first impressions:

Most people think of Melbourne and Sydney when planning a trip to Australia, but the state of South Australia has been a real discovery for me. Its capital Adelaide has a laid-back vibe, bohemian art scene and colonial architecture at the same time, with pretty mountains and beaches at its doorstep. And Kangaroo Island is where I fell in love. It’s an island with more kangaroos than people, 3 policemen, 5 doctors, and stunning white sand beaches, including Vivonne Bay, rated the best in Australia.

Even a rainy day ends with a view like this in Adelaide!

It’s a treat for vegetarians.

There is no joy like discovering delicious, locally grown, organically sourced vegetarian food in a meat-loving country. International restaurants and neighborhood organic cafes are aplenty in Adelaide and on its countryside, the veggies used in burgers, sandwiches, dips and such ooze with freshness, and the eggs are mostly free range; such culinary delights. And I haven’t even gotten to the breads, cheeses and chocolates yet.

When I travelled to Seychelles last year, I realized that its perception as an expensive, premium destination is primarily due to its branding (Read: My First Impressions of Seychelles). But that’s not the case in Australia. It’s almost impossible to have a meal in Adelaide for less than 10 AUD a person, although I must admit the food is worth the price. And budget hotels start at 70-80 AUD a night. Luckily the first leg of my trip is covered by South Australian Tourism Commission as a Facebook contest prize. I’m trying not to think of the second leg just yet!

Expensive but worthwhile – spotting koalas in the wild bush land.

Australians are really chilled out, but…

Surprisingly particular about following rules! Think seat belts in buses that tread on velvet smooth roads. Or nailing everything down to the smallest detail, much more so than the rest of the developed world I’ve travelled in. I’m reminded of the Singaporean word “kiasu” – someone who follows rules to the dot; almost a culture shock compared to the “jugaad” (everything goes attitude) in India.

The colors are for real!

The countryside is a wildlife haven.

I’ve associated Australia with beaches and kangaroos, but didn’t expect the wildlife haven I am in. We’ve spotted the rare Echidna – a hedgehog-like creature, the oldest mammal on earth (older than even dinosaurs), and found only in Australia and New Guinea. We’ve walked through bush lands, spotting kangaroos, koalas and wallabies. We’ve hung out on the shore with Australian sea lions and New Zealand fur seals. And gorgeous endemic birds are everywhere you look.

The rare Echidna, the oldest mammal on earth!

It’s rather welcoming towards Indians.

I have to say this because of the number of people who warned me about it – no thanks to relentless and misleading media reports. So far, I’ve experienced nothing but friendliness and warmth from the locals. And you really have to experience their sense of humor in person.

Have you been to Australia? What were (are) your first impressions?