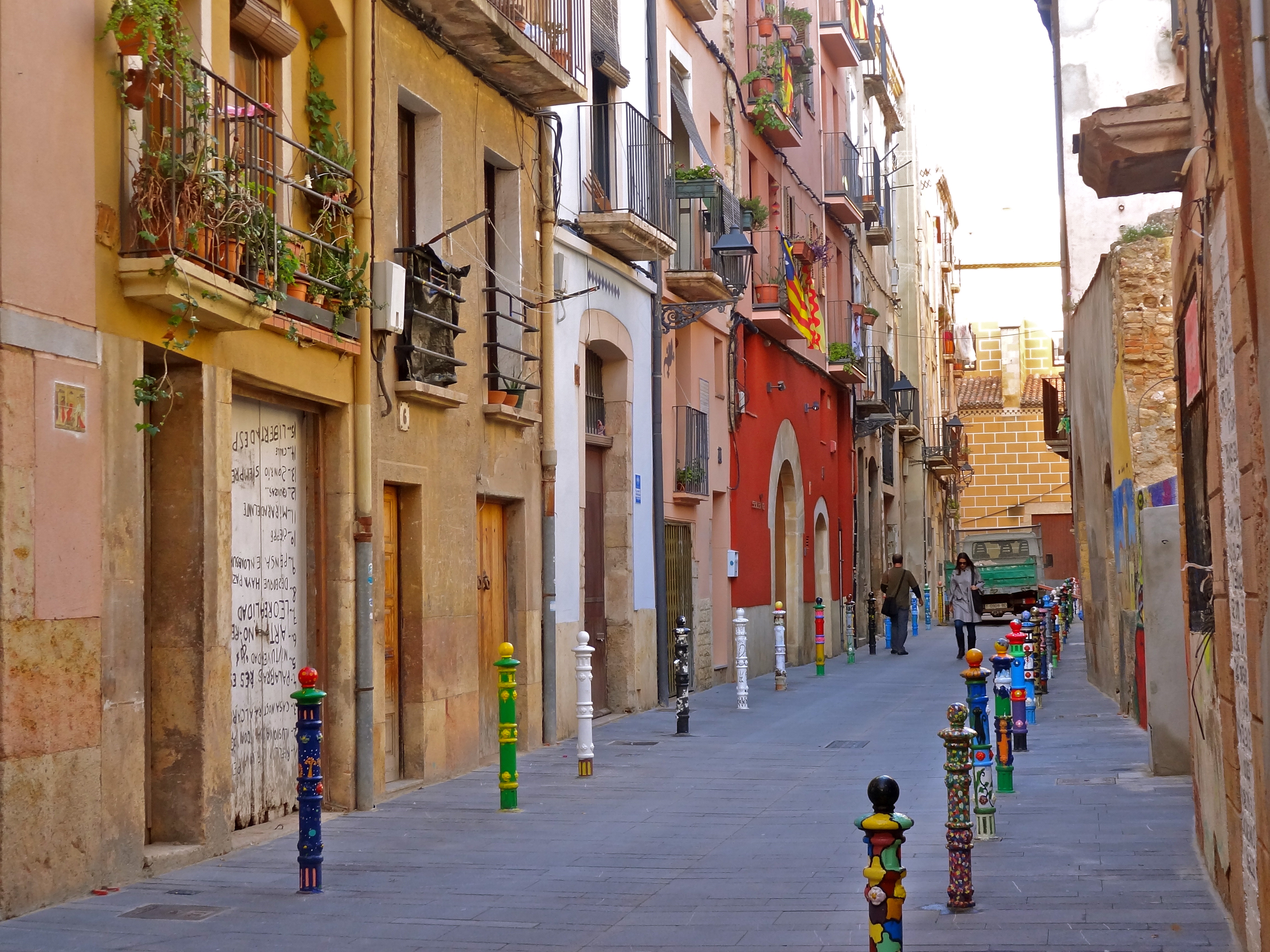 After a week of trotting in Barcelona, Tarragona and Ibiza as a guest of Spain Tourism, my many pre-conceived, seemingly romanticized notions of Spain have evolved. It is true that my first week in Spain, as a press trip, has been sheltered in many ways; I haven’t had to choose my own accommodations, I haven’t lost myself in the cobbled streets of an old town to desperately seek directions in my half-baked Spanish, and I haven’t had to fret over menus to pick out vegetarian ingredients using Google translate. Yet, this one week has lent itself to showing me the country entirely from my own lens, without pouring over hours of online search. Just like I felt in Turkey, a week maybe too short to form these impressions, but I have another three weeks (this time completely on my own) to think otherwise.

1. Spain is not just about sun, sand and sea.

No perception of Spain is more common, or more misleading. After traversing along the Roman ruins of Tarragona, spending days wine tasting on the countryside of Falsat and Ibiza, visiting the Hippy market in San Carlos, hiking in the wilderness of Ibiza, and researching on the north and south of Spain for the extension of my trip, it is easy to conclude that while Spain has a stunning blue Mediterranean coastline, the country has much more to offer people like me who wouldn’t want to spend all their time sunbathing on the beach. To be honest, this is exactly the reason why I ditched Spain on my first trip to Europe, only to realize a year later that summer is indeed the best time to visit the lush green, mountainous north of Spain.

The wine countryside of Falsat, near Tarragona.

2. Vegetarian food is not that hard to find.

I have heard nightmarish stories of being vegetarian in Spain, and read that as per Lonely Planet’s guide to food in Spain, a vegetarian travelling in Spain is advised to carry ‘a small stash of vitamins and a big sense of humor’! While Spaniards are big (very big) on seafood, it isn’t impossible to find vegetarian food. So far, I’ve indulged in delicious preparations ranging from Uovo di bosco (mushrooms with eggs) and spinach cannelloni to the more traditional Arroz con verduras (rice with vegetables), Salmorejo (creamy combination of tomato, oil, garlic and bread) and the Spanish tortilla, and pleased my taste buds. Of course, I’ll reserve my final verdict for after I head on my own into the countryside.

My romantic notion of tapas-hopping in Spain has sort of been crushed. I’ve sampled three ‘tapas restaurants’ until now, and while I’ve found enough variety of vegetarian tapas, I’ve realized that it’s just a glorified way to describe appetizers. Irrespective of the country you are in, you are bound to have wine or other drinks with small snacks, and in some places these snacks might be offered complimentary, like aperitivo in Italy. Tapas is exactly like that. And tapas-hopping on an Indian appetite is almost impossible, since the portion of each type of tapas is fairly large. I will give tapas / tapas-hopping another try in Andalusia, the birthplace of Tapas, and see if it does anything for me there.

4. You don’t have to be a history buff to appreciate Spain’s heritage.

For a country perceived largely as sun, sand and sea, Spain has a surprisingly rich and well-preserved heritage left behind by Romans, Phoenicians, Arabs and others. Thirteen of its cities are listed among the UNESCO World Heritage Cities of Spain, including Tarragona and Ibiza, and luckily for a non-history buff like me, you don’t have to pour over books and aisles of museums to appreciate these cities. The Roman ruins of Tarragona for instance, have been converted into quaint houses, shops and cafes, that still have rustic medieval arches and walls within. Similarly, the old city of Ibiza is home to lovely little houses that keep the medieval decor on the outside but are modernly restored from the inside. Walking through the narrow lanes of these old towns, you can’t help but visualize the years of history they so beautifully preserve.

A quaint medieval setting at Archs restaurant in Tarragona.

5. It is easy to survive without Spanish.

I remember being told that even Barcelona is hard to get around in without knowing Spanish. While I have tried to initiate conversations in my broken Spanish, I have more often than not resorted to asking, hablas ingles por favor, do you speak English please. The request has succeeded on most occasions, and unlike in France where you could be given grief for not speaking French, the people in Spain are much more welcoming about it. So no, I don’t think one would be completely lost not speaking Spanish in Spain, atleast not in the bigger towns.

6. The Spanish love their long lunches and siestas.

I personally never associated Spain with long lunches and afternoon siestas, the way the Italians are associated with it. In Spain, they say, sombre del mesa, board the table, and they take it quite literally. A meal is an important daily affair, and family members are literally invited to come on board the table for what might be a two or even three hour lunch or dinner. Even a simple home-cooked meal typically has four courses and wine, and no one is in a hurry to finish. Obviously, a long indulgent lunch is followed by an afternoon siesta, and in the smaller towns, the streets become completely deserted and the shops shut between 3 and 5 pm in the afternoon. A good life, this.

A delicious four-course vegetarian meal at Archs in Tarragona.

Have you travelled in Spain? What were your impressions of the country and its people?