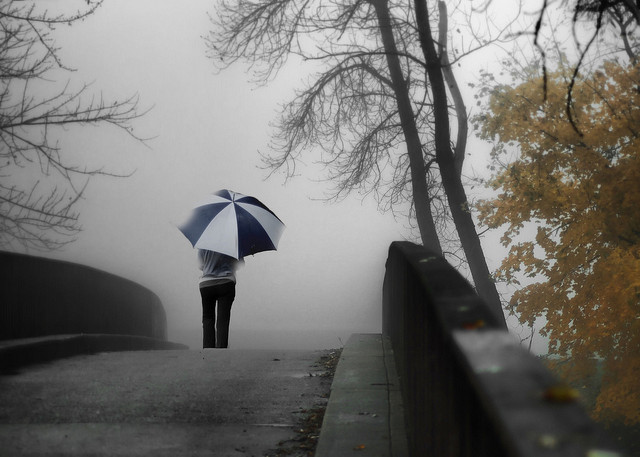 I think I’ve finally come to love the monsoon season in India. I’m mesmerized by the way the rains paint the mountains an emerald green, and provide relief to the parched desert. The way the clouds playfully flirt with the moon at night. The way the monsoon mist descends on lakes and waterfalls. The cool breeze, the raindrops on my skin, the smell of the earth, they are all subtle reminders of how travelling makes me feel – liberated.

On the coming long weekends, I urge you to get off the beaten path, soak in the sheer beauty of the rains, and witness the glory of the lower Himalayas and the Thar desert during the monsoons.

Presenting 6 ideas for weekend trips away from Delhi, that can comfortably be done by road or train over a span of three days:

In the terraced valleys of Kumaon, crowned by dense pine forests and majestic Himalayan peaks, sits the charming village of Peora. Away from the popular hill stations of Almora and Mukteshwar, this is your introduction to real life in the mountains. Follow the forest trails to mountain meadows, stop by at the local dhaba for a plate of hot maggi as the unleashes itself on the valleys beyond, or get chatting with a local for some crisp village gossip (Read: Tales From a Kumaoni Village).

Stay at The Dak Bangalow, one of the many English bungalows built in the region in the early 1900s to house British troops and their horses as they walked from village to village. Leased by a wonderfully warm family that works with the local NGO, it has been renovated as a homestay while retaining its colonial character.

Take the Shatabdi train from Delhi to Kathgodam, from where Peora is a 2.5 hour drive.

Also read: Awe-Inspiring Hideouts in Uttarakhand to Tune Out of Life and Tune Into the Mountains

The terraced valleys of Peora.

The colonial interiors of The Dak Bungalow.

Undoubtedly one of Rajasthan’s best kept secrets, the Phalodi district of Rajasthan packs in salt lakes, sand dunes, and tribal villages in a single trip. One of the district’s last villages connects to the Indira Gandhi canal, and flourishes with greenery all year round. But to watch the rains paint the golden dunes with traces of green, or play with reflections of a cloudy sunset on the salt lakes, is something else. (See: In Photos: Bhap Village, Rajasthan)

Stay at Barsingha Villa, an old Rajasthani haveli turned into a hotel, on the outskirts of Bhap village, where the colorfully decorated rooms come with traditional courtyards. Take their safaris into the local villages, the nearby salt lakes, and the massive dunes of Phalodi.

Take the overnight train, Mandor Express, from Delhi towards Jodhpur, and get off at Phalodi Junction. From there, Bhap village is a one hour drive.

A desert village in Phalodi.

I must confess I was among those who dissed Bhimtal as just another hill station, turned off by the ugly concrete construction that marks the diversion up to the town. (Read: Bhimtal: Forests, Farms and False Impressions) Then I saw the Bhimtal Lake engulfed in the monsoon mist. Lush forests brimming with colorful birds, butterflies, langurs, monkeys and such wildlife, rice paddies, terraced farms of wheat and potatoes, colorful stone houses, and a pretty English church – Bhimtal has it all, minus the crowds of Nainital. Hike towards Panna Tal, one of the lakes of Sattal, and soak in the beauty of the rains descending upon it from one of Bhimtal’s many vantage points. Better still, walk down and swim in the lake in the rain!

Stay at The Retreat, a colonial house inhabited by the descendants of the same family that built it, on what was once a tea estate. Besides its English character, the house still guards the family’s colonial recipes, offering some of the most delicious food in this region.

Take the Shatabdi train from Delhi to Kathgodam, from where Bhimtal is a 1.5 hour drive.

The farms of Bhimtal.

When it comes to Shimla, most of us have been there, done it. But Fagu, though only 45 minutes away, is a whole other story. In this quaint little town that seemingly has nothing, watching the rains engulf the mountains beyond is a scene out of a coffee table book. Interspersed among charming stone houses covered with tiled roofs are lush green farms, whose ingredients make for the most delicious pahari meals. In the surrounding dense oak forests, leopards are believed to be seen more often than in most national parks.

Stay at Northmoon Homestay, an all wooden house with urban comforts, built by a hospitable village family, also invested in rainwater harvesting and organic farming. Their home-cooked pahari meals are finger-licking good!

Take the Shatabdi train from Delhi to Kalka, from where Fagu is a 3 hour drive.

The wooden interiors of Northmoon Homestay.

Although not offbeat in itself, Jaisalmer is something else during the monsoons. Never before have I witnessed the Thar desert covered with pastures so green. Or spotted an oasis, nay, a full fledged lake, in the middle of a desert. Or imagined that this barren land could be tilled and farmed. Or even experienced the simple joys of watching the raindrops kiss the parched desert terrain. (See: In Photos: Jaisalmer in The Monsoons)

Stay at Suryagarh, a luxury boutique hotel built like a Rajasthani fort, literally in the wilderness of the desert, away from Jaisalmer city. Embark on one of Suryagarh’s personally crafted journeys to explore virtually unknown parts of the desert, with green pastures, cattle, typical desert villages, and yes, fascinating desert oases!

Take the overnight train, Mandor Express, from Delhi to Jodhpur, from where Jaisalmer is a four hour drive. The direct train to Jaisalmer takes much longer to reach.

Dramatic skies and green pastures in the Thar Desert of Rajasthan in monsoon.

The palatial outlook of Suryagarh.

Another picturesque village in the Kumaon region of Uttarakhand, Dhanachuli is where I first fell in love with monsoon in the lower Himalayas. Strolling along the winding roads, I watched the locals sit atop the roof of their stone houses, soak in majestic Himalayan sunsets, then gather in their apple orchards as the train trickled down, sweetening the fruits of the season.

Stay at Te Aroha, a summer home lovingly built by Sumant Batra, and later converted into a boutique hotel. Every room has a theme, and there are little personal touches everywhere. (Read: Te Aroha: Under The Yellow Rooftops). Take part in my travel contest before August 17th, to win a 2 nights stay there!

Take the Shatabdi train from Delhi to Kathgodam, from where Dhanachuli is a 3 hour drive.

A taste of village life at Dhanachuli.

What are your favorite long weekend escapes from Delhi?

Join The Shooting Star on  Facebook and Twitter for more travel stories and photos from around the world.