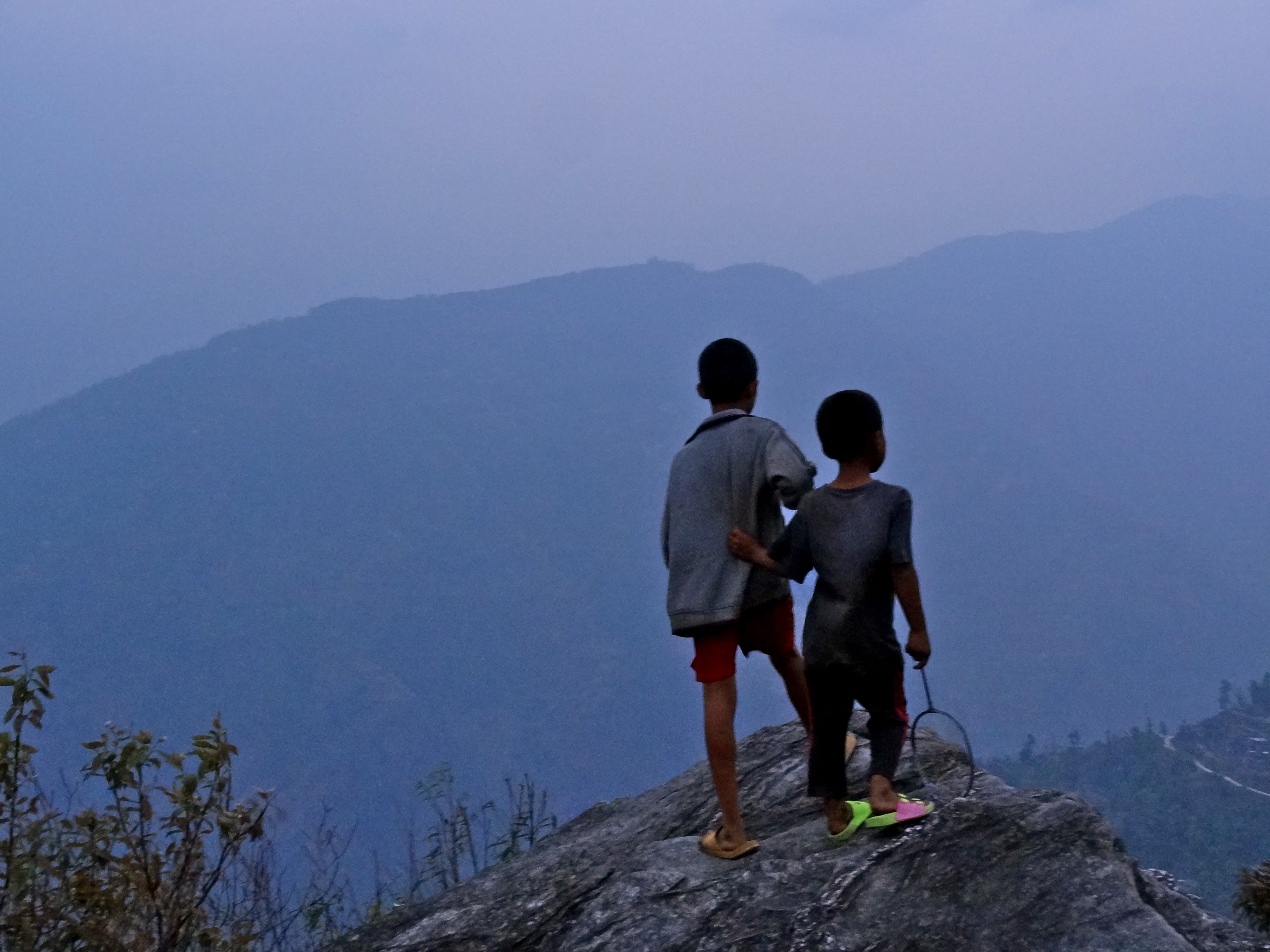 In this Sikkim travel blog, come with me virtually on a Sikkim trip to discover the secret treasures of the last kingdom to be annexed to India in 1975.

On a late evening, we sat on a steep cliff, drinking the local Sikkimese Beer. Sparse villages and farms lay scattered in the valley below. The River Teesta roared along intensely. The mountains echoed with hypnotic chants from a nearby monastery. We were lost in our thoughts, when the mist slowly rose, and revealed to us in all its snow-capped glory, the mighty Mount Kanchendzonga!

Also read my Gangtok travel blog: Eat, Pray, Love: Offbeat Things to do in Gangtok (including where to find Sikkim traditional food and best Sikkim hotels)

Places like these can’t be found on a Sikkim travel map. Trying to find my footing down a path of lose pebbles, I had asked two school kids where the narrow, winding path would take us. They enthusiastically decided to lead the way in a direction where the coarse mountain paths turned into a bed of flowers, with bright red rhododendrons blooming along the slopes.

The path culminated in a cliff, from where we would get the first glimpse in two weeks of our Sikkim travel itinerary, of the spectacular snow-clad Himalayas!

We spent our days in West Sikkim hiking to remote monasteries and villages, marveling at the isolation in which Sikkim people choose to live and pray in these parts.

In most mountain regions in India, village homes are clustered together and their farms further away. But locals in Sikkim build spacious homes surrounded by fields, often a 10-15 minute walk from the nearest neighbor.

For the most part, we let the chants of Om mani padme hum and the fluttering Tibetan prayer flags guide us. But one afternoon, we trudged up a particularly steep forest path with a local Sikkim guide. Trekked for an hour across the mountain, to reach a private monastery built by a Lepcha family in the solitude of the Himalayas.

Unlike many temples, there were no donation boxes or information about the founders, who had spent years carrying each stone up the tiring paths. And it is people with the same conviction, who aren’t looking for anything but peace, that perhaps feel fulfilled here.

On a treacherous journey up to Dzongu in North Sikkim, our taxi taxi threatened to roll back down a slope multiple times and we hurriedly joined the locals in taking turns to push it up.

Shared taxis are the fabric of life in Sikkim (the most used Sikkim transport), where no public buses ply the rough mountain roads. There are no timetables or location routes. Yet everything from people to documents to bottles of fresh brews efficiently get transported from one end of Sikkim state to another.

It was in a shared taxi ride to Mangan that we met Joon, a civil engineer who went out of his way to help us get permits for Dzongu at the district magistrate’s office on election day. He introduced us as old friends to the officer in charge, and helped us secure documents to hasten the process.

In the village of Dzongu, we met the Lepcha people, who have passionately protested the damming of the Teesta River. To them, the elements of nature – the river, the mountains, the forests – are sacred.

Our host family even chided me for asking if the vegetables they grow are organic, because there should be no such thing as ‘organic Sikkim’. That is the only way of farming they’ve known. Much before the world gave food without chemicals a fancy name.

Also read: Sustainable Living Ideas to Embrace as we Emerge Into a New “Normal”

On our way out of the state, I observed in fascination, the point where the Rangeet River from Darjeeling joins the mighty Teesta. Each charts a different journey through the mountains. Yet at one point, the Rangeet flows into the Teesta, and the colors of its waters, the intensity of its flow, and its humble origins are quickly forgotten.

And so it is with Sikkim, the lost kingdom. The last state to be annexed to India in 1975.

Sikkim wikitravel | Sikkim tourism | Sikkim tripadvisor | Sikkim trekking (and why it’s never too late to go on your first trek).

How is your Sikkim travel plan shaping up? What else would you like to read about in my next Sikkim blog post?

15 Responsible Travel Tips for Authentic, Meaningful Experiences on the Road