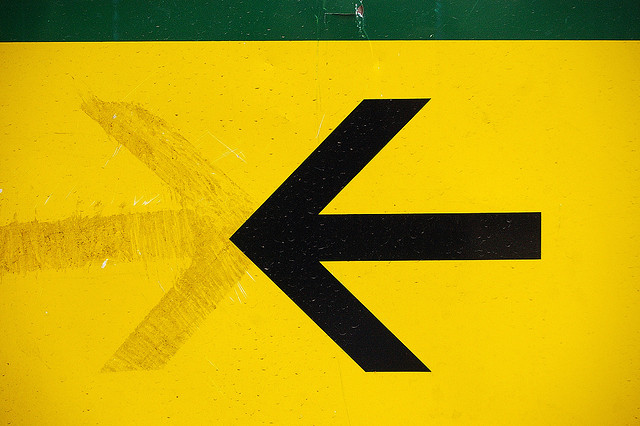 This week, two years ago, I tendered my resignation at my first and only corporate job. I was 23, restless, and ready to chase bigger dreams – of which travel was one. I didn’t know then that becoming one of India’s top travel bloggers was on the cards for me! But there were other things I didn’t know, things that would have saved me so many sleepless nights. As I reflect on my transition in the last two years, from a cubicle dweller to a digital nomad, I hope to give you some practical perspective on what it’s like to quit your job and travel the world (Read: The Story of How I Quit my Job to Travel).

It was hardly planned. I had just gotten back to office after a two-month sabbatical, during which I flash-packed across Europe and volunteer travelled in the Indian Himalayas. My life had changed in so many ways; my taste buds finally knew the taste of real Italian pasta, German beer and French breads, I had my first glimpse of how harsh life was and how kind people were in remote Himalayan villages, and I had experienced, probably for the first time in my life, that feeling that I’d rather not be anywhere else but here. On the other hand, nothing at work had changed much – we were still having the same discussions, mulling over the same presentations, and hopping from one meeting to another. I never hated my work, but having seen the other side, I knew I had to take a leap of faith.

If you’re on the edge about taking the plunge, here are 6 things I wish I had known before I quit:

1. You can never save enough.

My savings, before I quit, roughly translated into a six month fallback fund. That’s how long I could afford to slack off and experiment with my options. Truth be told, it’s only when that fund started running low that I got my act together and worked harder than ever to make my choices work for me. I took on freelance work, writing assignments, even experimented with full time work-from-home roles to make my bucks (Read: How I Afford My Travels and How You Can Too).

I’m going to make a contradictory statement here and say that no matter how much you save, it won’t be enough, so save all you can. The key being, give yourself a time frame. If you know you want to quit sooner than later, work with a deadline and during that time, cut your expenses as much as possible (Read: Saving Money For Travel: 9 Practical Tips). Say no to that extra drink, because it’s the little bucks that will amount to big choices, like whether you can afford a taxi to that exotic location with no other connection or try that expensive place reputed to have the best food. Or even how long you have before you must find a new source of income.

It was never my plan to work at the Singapore Tourism Board. I graduated in the middle of a recession when many companies had ceased their hiring, and didn’t crack the interviews at the FMCG / advertising companies I had dreamt of working at. It felt like a failure then, but the dots have connected in retrospect. In the process of crafting Singapore tourism’s social media strategy from scratch, I learnt everything I know about social media and blogging. It certainly helped to have the space to make mistakes, experiment with new ideas, and test my creativity; I would still receive my paycheck at the end of the month!

I hear often from people who’ve worked in IT or such all their lives, and now want to enter the travel industry as freelancers. My advice to them is to move within their organization for a start, and take on roles related to what they’d like to freelance in. Aspiring travel writers could seek editorial roles (even if it’s technical writing), while aspiring guides or trip leaders could look at people-oriented roles. Use your corporate job as a platform to determine what you’re good at and how you can get better. If you have reasons to stick around longer in the cubicle, make that time count. Luckily for me, that happened by default, by virtue of my work; in fact it’s my exposure to such work that paved the way!

3. Where you’ve worked is your biggest asset.

I didn’t know it while I was working, but the single biggest thing that worked in my favor was my association with the Singapore Tourism Board – and it still continues to influence my credibility when people first see my profile, or offer me freelance social media assignments. My one regret though, is that I didn’t quite network as much as I could or should have.

So similar to point #2, if you plan to work in the corporate world a little longer, you may be better off spending that time in an organization that takes you a step forward. Does it set your portfolio apart by making you more relevant or credible? Does it give you the chance to network with people from an industry you want to have your feet in once you quit? Remember that you are somebody when you represent an organization, but the moment that is gone, the moment you are your own brand, you are nobody and your past connections could be everything.

I remember the surprise I was met with, when I confessed that I felt burnt out. I was two years old in the corporate world, and surely had much to learn and experience, they thought – people who had spent 10, 15, even 20 years in the same role. Now that I think about it, I realize that’s exactly what made it easier for me; it was easier to undo the security of a steady income, easier to overcome the fear of the unknown, and certainly easier to leave knowing that I had (and still have) enough and more time to mess my life up, if that’s what happens.

If you know in your heart that the road is where you belong or have a calling that’s not your current work, and if you have the heart to risk all you’ve done and known so far for it, I’ll only tell you this – it’s never too soon to quit, just like it’s never too late. Twenty years from now, you’ll be more disappointed by the things you didn’t do, than by the ones you did do. Mark Twain’s words, not mine (Read: 25 Things I’d Tell The 25-Year-Old Me).

Isn’t that what plans are for? In the little time I spent planning before I quit my job, I was almost certain that I would work with a social enterprise / not-for-profit organization, and travel to the most remote villages of India as part of my work. I even accepted what I thought was an apt role just before I left, but that didn’t quite pan out. I continued to travel and became acquainted with the work of Indian organizations in the responsible travel domain. When I got associated with one, I was sure that that was indeed my calling. But that didn’t work out either. That time was briefly scary, but it ultimately led to my own responsible travel startup – India Untravelled, and my focus on travel blogging and writing.

Planning is great to keep you focussed, but it’s equally important to stay open to new ideas and different paths. If you are ready to take that leap of faith and quit your job to travel, have faith in the road to lead you to a sustainable lifestyle too.

6. You have no idea how awesome your life is going to be!

Awesomeness in the Canadian Rockies.

So what if I work harder on most days now than I did when I worked in a cubicle? My work is my life, and I love it, at least on most days. I’ve done my writing assignments in the mountains of northern Thailand, by the beach in Sri Lanka, in the Canadian Rockies, in countless cafes in Singapore, Bahrain, Spain, India, you name it (Read: Practical Ways I’ve Learnt to Stay Safe While Travelling Alone). Every day, I wake up to the possibility of being in another town, country, continent in the coming weeks (Read: Confessions of An Indian Travel Blogger). I’ve met people whose kindness and conviction still inspires me, and been amid such stunning natural beauty that I continue to remain hopelessly in love with this world.

So while you might have several compelling reasons to compromise your dreams for a steady income, know these words of Dhirubhai Ambani: If you don’t build your dream, someone else will hire you to help them build theirs.

What else would you like to read about, as I reflect on my last two years of travelling?