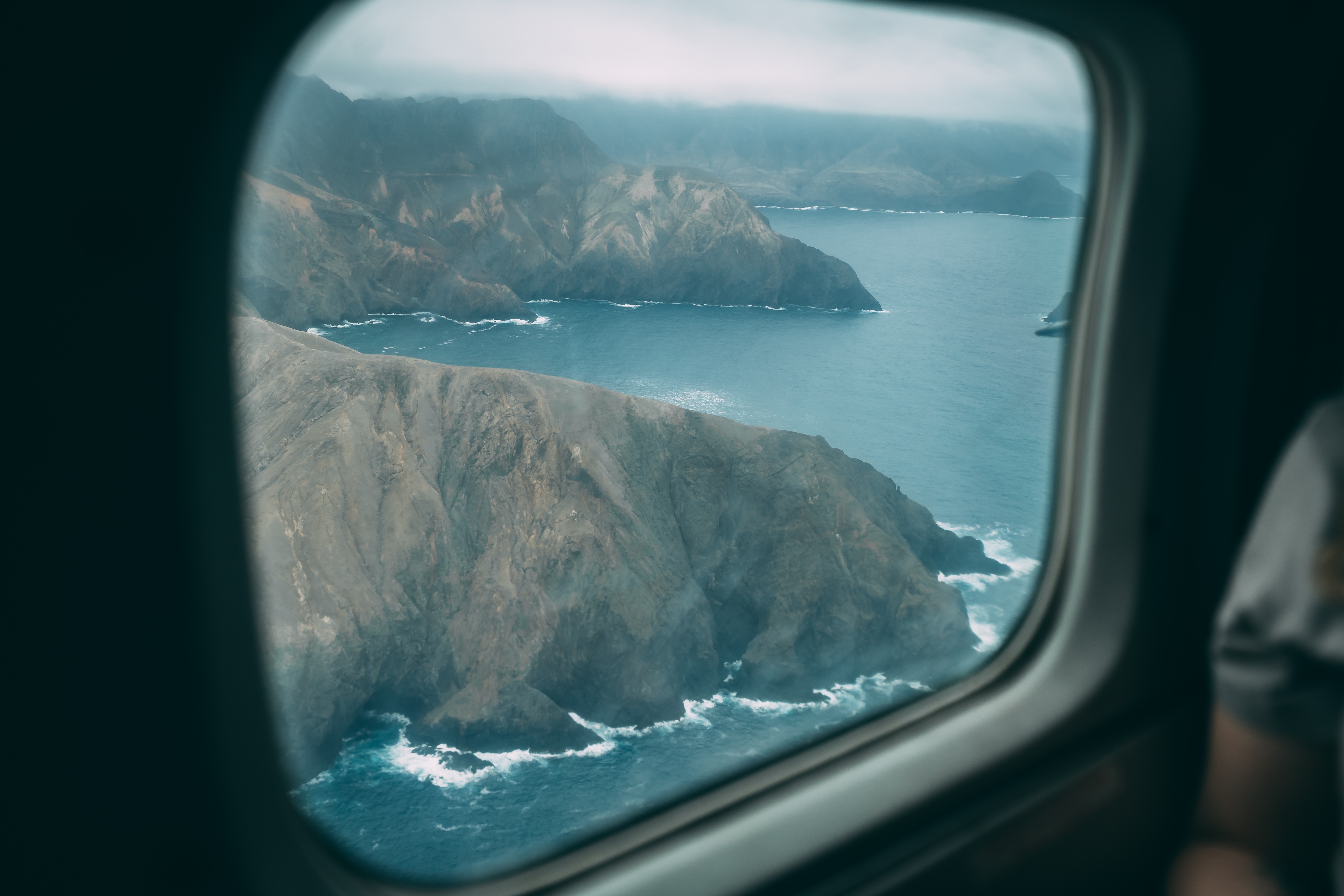 The plan sounded quite alright. Upon landing in Chile, I would spend five nights in quarantine in Valparaiso and four on the island – and be let out just before my 34th birthday, to embrace the spectacular beauty and connect with the remote island community of Robinson Crusoe Island.

But plans never work like they’re supposed to, do they?

Our tiny plane from mainland Chile to Robinson Crusoe Island got rescheduled three times. Each time, disappointed and desperate, I retreated to an extended, isolating quarantine in Room 1217 – where the walls felt like they would close in on me and swallow me whole any moment.

Also read: Enroute to One of the World’s Remotest Island

When the stars finally aligned, I was surprised to be dropped off at a navy airstrip in the wilderness of Santiago, the capital city of Chile! A tiny six-seater plane waited to carry four of us, along with two pilots, who proudly told us that that plane has been flying since the 1970s, manufactured some 50 years ago. Its scratched windows and broken air conditioning ducts were evidence.

I soon learnt that things had been quite lax until a few years ago when a famous Chilean actor died in a plane crash on his way to the island. Safety became of the utmost concern thereafter – and I’m so glad we waited for just the right weather conditions!

At low altitude above the Pacific Ocean, we flew for about two hours, hearts partly in our mouths. Descending past mist-engulfed hills and roaring waters, we landed on a narrow airstrip plucked out of the moon, surrounded by desolate landscapes streaked orange and brown.

Around the small airport jetty where we waited to board the boat to San Juan Bautista – the only inhabited village on the island – hundreds of seals swam and pranced about in the water. The choppy boat ride took us past Jurassic Park-esque scenery, finally depositing us ashore for four days of island quarantine.

Also read: Guanaja: Sshh… A Secret in the Caribbean

But little did I know what was still in store…

On our fifth morning on the island, we headed out to the small village hospital for our fourth covid test of the trip. For the first time, I saw the only street of our village, the Lenovo technology hub where we’d have access to high speed wifi, and the family-run restaurant from where our food was catered. The air smelt like the ocean; the ocean shone a brilliant blue like the sky.

Our squad of four, who’d shared the disappointment of flight delays and thrill of boarding that tiny plane, bustled with excitement as we awaited the rapid test results. But as the clouds covered the sun and the wind started blowing hard, the room suddenly turned gloomy. The island nurse announced, quite ominously, that one person had tested positive – and as close contacts, the rest of us would have to quarantine for three more nights! An ambulance awaited outside the hospital to ferry us back the few hundred meters – and as news got around, the entire island went into a voluntary lockdown for 24 hours.

As I retreated back to my cozy wooden studio, overlooking the now silvery-blue waters of the Pacific Ocean, the sun cast a strange halo on the wind-swept cliffs that rose up from the water. My eyes welled up with tears, as I craved to connect with my partner but had no internet to do so.

Also read: What’s it Like to Travel Solo When You’re in a Relationship

Not prepared for another 3 nights of isolation, I paced up and down the ten paces of my room, wondering why I’d accepted this assignment in the first place and brought a quarantine birthday upon me. After two years of the pandemic, I felt so far out of my comfort zone and so detached from the road, that I could no longer recollect why I travelled at all. Was the road ever really that magical?

Weepy-eyed, with a deep sense of isolation, I decided to take an afternoon nap – but soon got awakened by someone calling out my name. I wearily opened my door, and was shocked to see a group of islanders and some from our WFH work squad gathered in the garden beyond the terrace. These people I’d never met before had baked me an incredible vegan chocolate cake, carried a guitar, and burst into cumpleaños feliz, happy birthday <3

Also read: How the Pandemic Changed My Perspective on Life

The truth is that at 34, I’m having a hard time trying to find the 23-year-old me who first began penning this blog. She lived for the road, wouldn’t think twice about saying yes to a journey to the other side of the globe, and never dwelled enough on the future.

There might still be roads left in my shoes, but my feet are weary of where they tread and the trail they leave behind. Some might call it climate anxiety, but I think of it as impact anxiety. I constantly wonder about the impact of my travels – and existence – on this planet I’m lucky to call home… and even enrolled in a course to use scientific tools to be able to calculate it via a Life Cycle Assessment (more on that later).

The pandemic, in all its weird and twisted ways, has me convinced that I can no longer just be a messenger – author, travel writer, blogger, Instagrammer, what have you.

To that end, I’ve now begun consulting an international travel company to assess the life cycle impact of their trips, figure out how to minimize their carbon emissions and ecosystem impact, and develop insetting projects to get to carbon neutral (or negative). I’m also contributing to a climate adaptation research project with tourism resilience at its core, and here on Robinson Crusoe over the coming month, I hope to engage with the island community in building a sustainable tourism destination.

A 20-something girl set out to defy societal expectations by travelling solo, living out of two bags as a digital nomad, challenging conventions of marriage and kids, and questioning the deeper purpose of travel. At 34, I feel ready to shed her skin and find new unknowns to tread.

I’ve spent the entire pandemic oscillating between feeling rootless, and feeling ready to restart my digital nomad life. But each time I wonder if the lure of the road is finally fading, it whips out its magic wand and casts its spell on me.

One thing is for sure though: At 34, I’m no longer just a girl who travels.