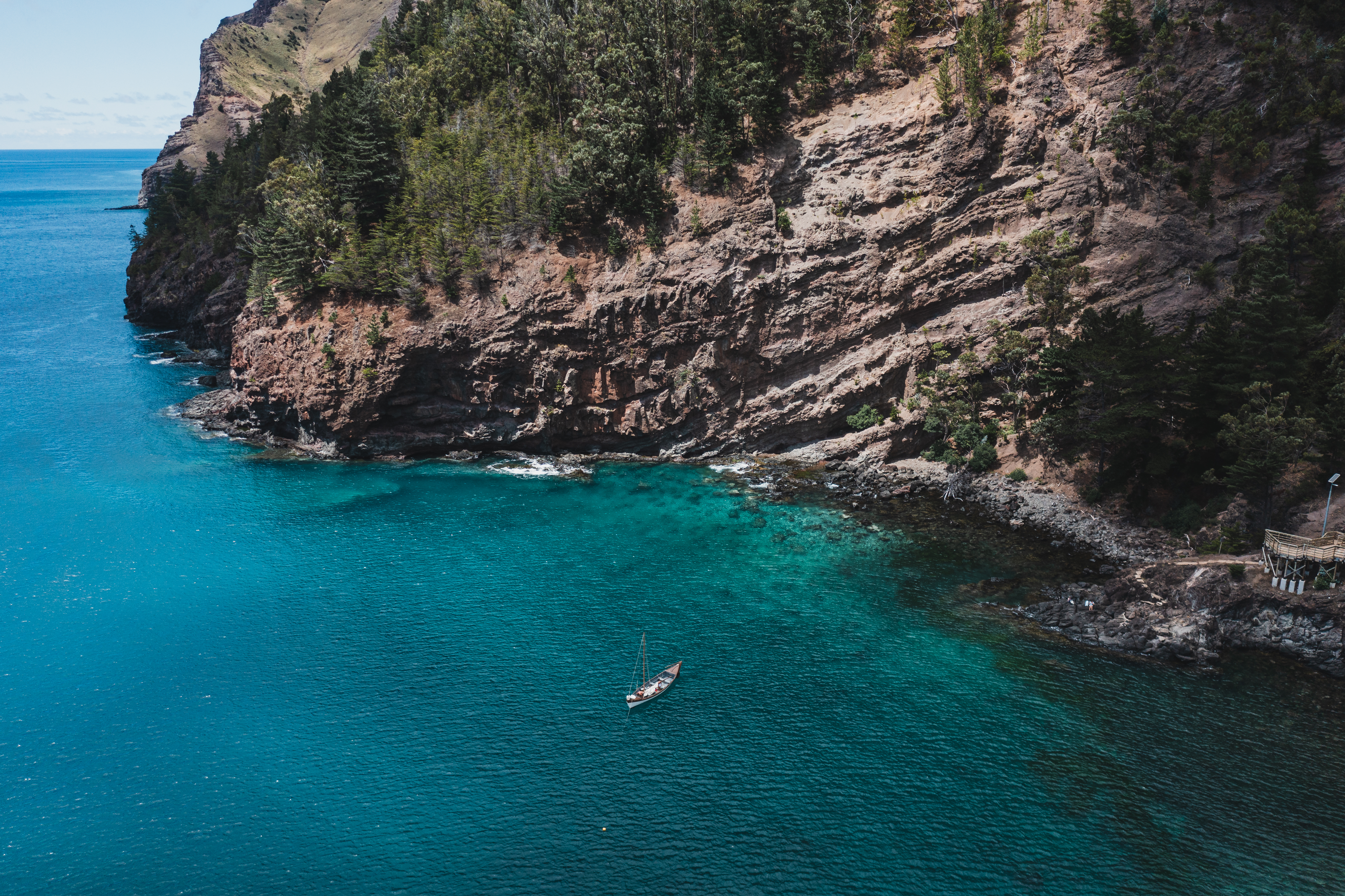 Pablo Neruda’s words echoed in my mind as I began experiencing the breathtaking landscapes and biodiversity of Robinson Crusoe Island (earlier called Mas a Tierra), nearly 700 km off the coast of Chile in South America.

Over the past decade, I’ve been lucky enough to slow travel through many unique places around the world. But nothing could’ve prepared me for the month I spent on Robinson Crusoe Island, learning about its endemic species, grasping the challenges of conservation, bonding with the local community and working on sustainability initiatives. Here’s why:

A Spanish sailor first arrived arrived here in 1574 – and the Juan Fernandez Archipelago, to which the island belongs, is named after him.

So the island’s endemic forests, plants, marine animals and birds evolved in isolation

Many species are only found here in the entire world!

Getting to Robinson Crusoe Isla involves an adventurous journey on a tiny 6-seater plane – not for the faint hearted!

Only 4 people + 2 pilots can fly the 700 kilometers at one time – and only when the weather is just perfect for landing on the short, narrow strip that is the Robinson Crusoe Island airport. Before the pandemic, it was also possible to take a boat over 4 days.

Declared extinct in the 1800s, a few seal pups were found in a cave in the 1960s. The island community decided to protect them, and the Chilean government finally declared their hunting (mostly by American ships) illegal. Their population has bounced back beautifully in recent decades!

Only a 1000 odd locals call the island home

As per the 2017 census, the official Robinson Crusoe Island population is 976!

Yet life here is bustling with community activities

Humans have left a huge footprint on the island

Have been crowding out the slow-growing endemic forests

Making it one of the most endangered places on earth

Found only on Robinson Crusoe island in the entire world.

And the last remaining Dendroseris Neriifolia tree in the world!

But Island Conservation, CONAF (Chile’s forest department), Oikonos and other local organisations have been working to eradicate invasive species

The only way to protect the endemic forests and rare species of the island is to eliminate the invasive species – a painful task in every way.

That enables checking camera traps on the go.

Which also allowed me to work remotely

Journaling and documenting the conservation work on my Lenovo Tab 11 Pro.

Including a pilot community farming project, and a proposal to aid the island’s transition from diesel-generated electricity to solar power.

Over a month, I experienced the stark, dramatic landscapes across the island

Tourism on Robinson Crusoe Island has officially been on pause during the pandemic though.

Came face to face with the reality of conservation, climate change and species extinction

Witnessed the most magical mornings and moon rises

And found immense inspiration, hope and gratitude to protect the species we’re lucky to share this planet with.

Do you dream of visiting a place as remote as Isla Robinson Crusoe?

*Note: I was invited to Robinson Crusoe as part of the Work for Humankind project with Lenovo and Island Conservation. What an honor!

Enroute to One of the World’s Remotest Islands

Tajikistan: A Country That’s Not on Your Travel Radar but Should Be

7 Years of Travelling Without a Home – and Then a Pandemic

What I Learnt Volunteering on a Remote Island in Cuba