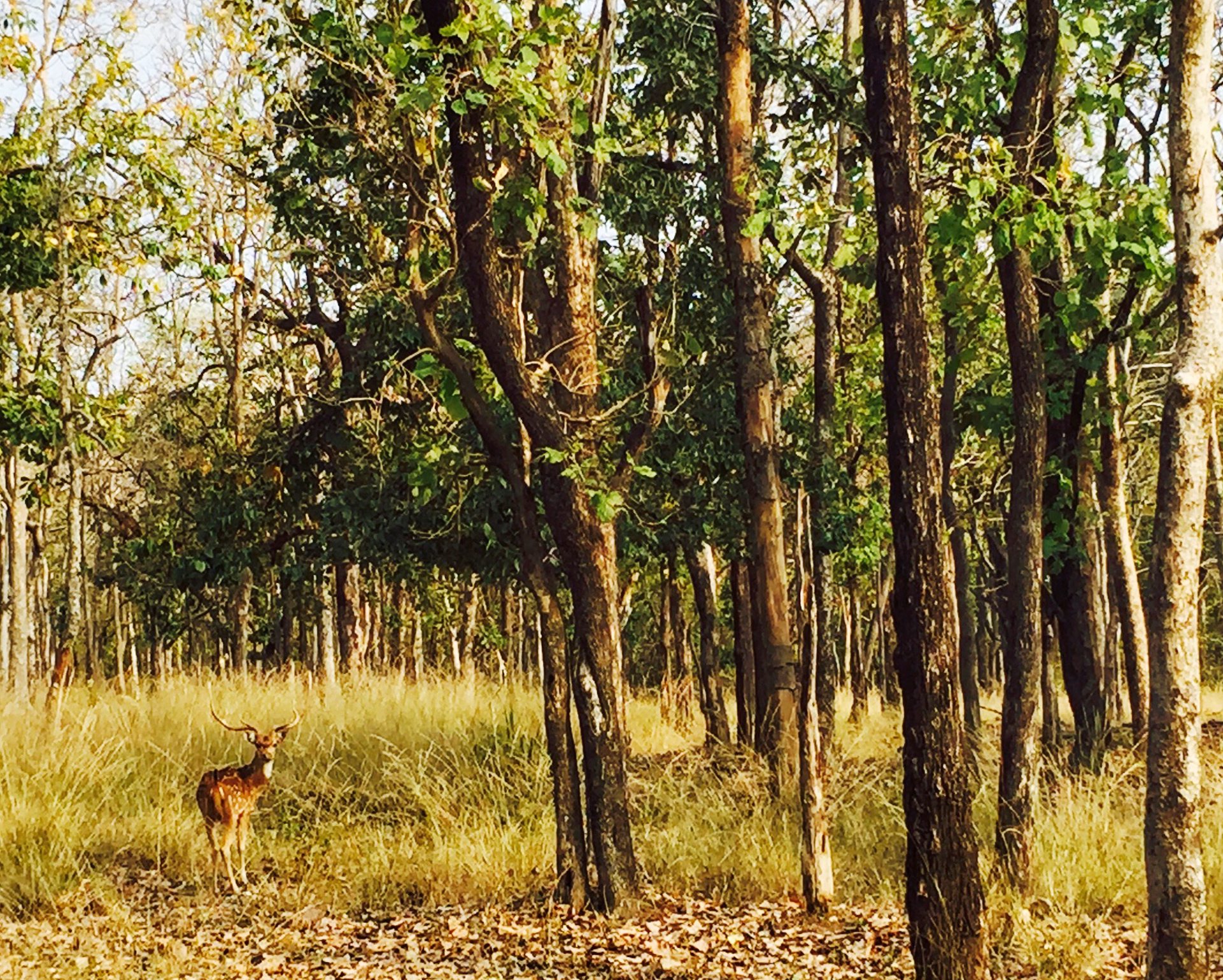 I woke up to a distant roar, and felt a chill run down my spine. Sitting up, I slowly moved the curtain behind me, half expecting two fierce eyes staring back. Much to my relief, the only glow in the pitch black night was from the million stars twinkling above. A cool breeze tingled my face, and the stillness of the surrounding forest washed over me. I oriented myself in the dim light of a lantern, reminding myself that I was sleeping in a machan in the buffer zone of Pench National Park.

Relaxing in the wilderness of my machan.

My love affair with Central India’s forests began a couple of years ago, when I lost myself in their wild ecosystem, and discovered why encroaching on tiger territory on safari may not necessarily environmentally irresponsible (Read: Wildlife Tourism: Are We Saving the Tiger?). So when Taj Safaris‘ invitation to experience the dramatic forests of Pench landed in my inbox while I was away in Central America, it went right to the top of my India cravings.

Now, with a friend in tow, I was tucking back into the comfy machan of our hut at Baghvan – a wilderness lodge that took me completely by surprise. Having indulged at Taj in Delhi and Bombay (Read: There’s Something About Taj), I expected to be pampered and wined and dined, which we were, even in the middle of the forest. What I didn’t expect was the rustic yet classy way in which the lodge is built; the logwood huts with private machans, the lantern-lit pathways, relaxing khatiyas by the swimming pool, a little library with wildlife books, open air dining at the edge of the forest… As someone who loves the wilderness as much as creature comforts, this was like my handcrafted version of heaven.

Our private hideout at Baghvan.

Who would’ve imagined eating a mezze in the forest?!

Relaxing by the pool and the wilderness beyond.

At the first light of day, we jumped into our custom fitted land rovers (I remember envying them from the backbreaking seats of our regular gypsy on past safaris!) and entered the core zone of Pench National Park. Breathing in the pure forest air, gazing at the teak trees looking over me, hearing the sounds of the jungle, I felt alive. Unlike Panna, Bandavgarh and Kanha, the forests of Pench are younger and drier, letting us peek deep into the forest, witnessing more intimate moments (Read: Kanha National Park: Stories from the Wild). We saw a newborn, hairless langur baby clinging on to its parent, another digging into the soil for minerals to replenish itself in the dry heat; a solitary jackal stride down the road after casting us a shy glance; a male sambhar trying desperately to unentangle its antlers from a twisted branch; a bald sea eagle plunge into the sea and catch a fish; peacocks open up their magnificent feathers and dance to attract females, for this is their mating season!

The young and dramatic forests of Pench National Park.

Dramatic skies on a cloudy morning in Pench.

The closest we got to Collarwali, the most fearless (and hence most popular) tigress in this forest, and her cubs, were fresh pug marks and a sambhar deer call. But the feline creatures came alive in our imagination through our naturalist’s wistful stories; he once witnessed a showdown between a tiger and a pack of wild dogs, which after much roaring and threatening, ended in a truce.

Penning this post at a Starbucks in Bombay, I almost skipped a heartbeat thinking of the forest come alive with warning calls of langurs and spotted deer, indicating that a big cat is on the move. The call of the wild, as much as those candlelight dinners in the wilderness and hikes in the buffer zone, lingers in your mind long after you’ve said goodbye.

An afternoon of words in the wild – the verandah at Baghvan.

Is Pench National Park on your wildlife wishlist?

Note: I was hosted by Taj Safaris in Pench; lucky me!