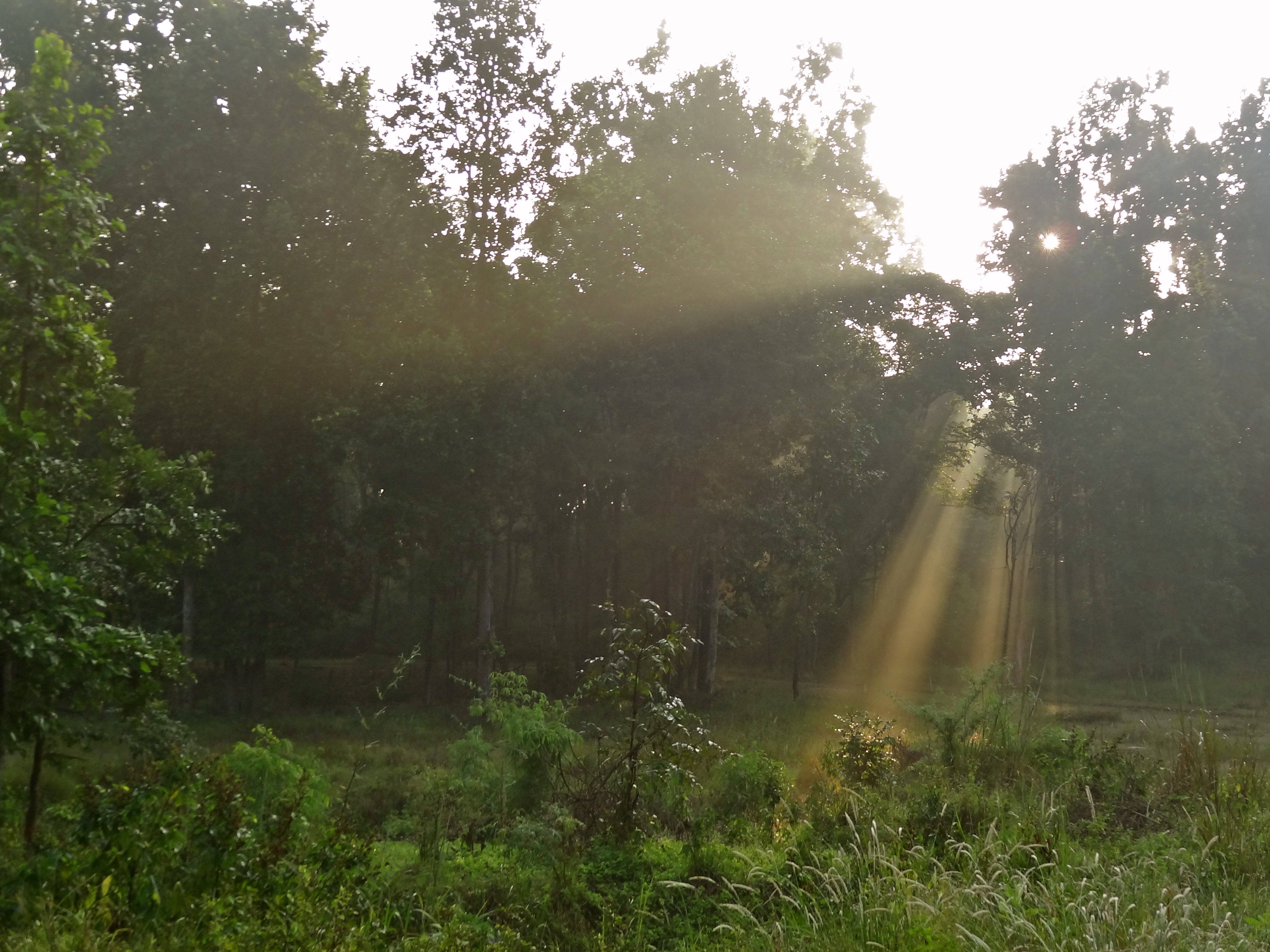 Our jeep comes to a screeching halt. In the distance, two low-lying eyes gaze upon us with a look so cunning, I still can’t get it out of my head. Our naturalist raises his binoculars, and confirms what we suspect. A leopard. It gently raises its spotted body, gives us a defiant last look, and disappears in the bushes. We are left gaping at the empty path, with goosebumps.

When Pugdundee Safaris first invited me on a week-long wildlife trip in Madhya Pradesh, I must admit I was a bit apprehensive. My past trips to national parks in Corbett and Sri Lanka had left me with the impression that wildlife tourism, jeep safaris in particular, are terrible for wild animals. Paved roads in the middle of the forest, racing jeeps, the constant pressure from people to see a tiger; it clearly seemed destructive of their natural habitat.

That impression is gradually changing, and not because of the bone-chilling encounter with a leopard. Bejoy, the naturalist at Ken River Lodge, linked the argument to economics; it makes economic sense for the forest department to preserve wild animals and their natural habitat only if they can make money off it. If there are tigers, tourists will come in droves to see them. And to preserve tigers, the entire forest ecosystem has to be preserved – the tiger’s prey, their prey’s prey, and so on…

Worth waking up for, sunrise at Kanha National Park.

That evening, we continue our jeep ride in Kanha National Park with bated breath. Every now and then, the forest echoes with husky langur calls, high pitch peacock calls, petite deer calls. We watch a crested hawk eagle surveying for prey from its vantage point on a barren tree. We see a tigress walk up a hill in all its grandeur, oblivious to the commotion in the forest and the jeeps trailing it.

Chinmay, a computer engineer-turned-naturalist at Kanha Earth Lodge, tells us that tiger numbers in Kanha have risen to 65, a gradual effect of the forest department’s efforts to stop poaching and conserve wildlife. The easiest prey for tigers are cattle owned by the village folk in the buffer zone. Devastated by the loss of their cattle, these folk would often sought revenge by poisoning the water hole or meat of the dead cattle, and make quick money off the dead tiger. Realizing this, the forest department started linking local livelihoods to tourism in the park, by employing locals as guides, forest patrol squad, and in other conservation activities. The locals now depend on wildlife tourism for a steady income, which in turn depends on wildlife numbers. The forest department also offers compensation as per market rate, to village homes whose cattle are killed by a big cat, so as to reduce the instances of revenge poaching.

A glimpse of the tiger, in Kanha National Park.

Back in 2005-06, the tiger number in Panna National Park fell to a meagre five. After a change of management, the forest department linked the fall in tiger numbers to the fall in wildlife tourism revenue, and relocated 4 tigresses and 1 tiger from other parks in Madhya Pradesh. The tigers were radio collared to keep a close watch on them and the newborn cubs were closely monitored.

In each park, 70-80% of the total park area has been closed off to tourism, so as to give the tigers some space. The driving paths have been left unpaved; tigers have soft paws and find it easier to walk in a natural clearing. Zone / route systems have been implemented to distribute the vehicular traffic. And forest guides strictly adhere to the safari timelines, so the animals can get used to particular intervals of disturbance; something we witnessed first hand on the evening we spotted a tiger – our guide and driver colluded to take the fastest routes to get out of the park in time.

The grasslands of Kanha shrouded in mist.

Though much of the forest department’s conservation efforts are reactionary, it is reassuring to know that Madhya Pradesh’s forests are being well looked after! A year or so ago, the naturalists of Pugdundee Safaris teamed up to look for the Caracal, a cheetah-like creature of the cat family (google it!), which can jump 15 feet high and prays mostly on birds (!); it was reported to have been spotted in Panna long ago. The team didn’t find the cat, but much to their surprise, spotted a wolf instead!

I leave fascinated by the mysteries that shroud our forests; in the dark of the night, when the jeeps are all gone, who knows what lurks in the wild.

I’m a wildlife tourism convert after my trip to Madhya Pradesh; what about you?

Note: I travelled to the national parks in Madhya Pradesh with Pugdundee Safaris. Opinions are always my own.