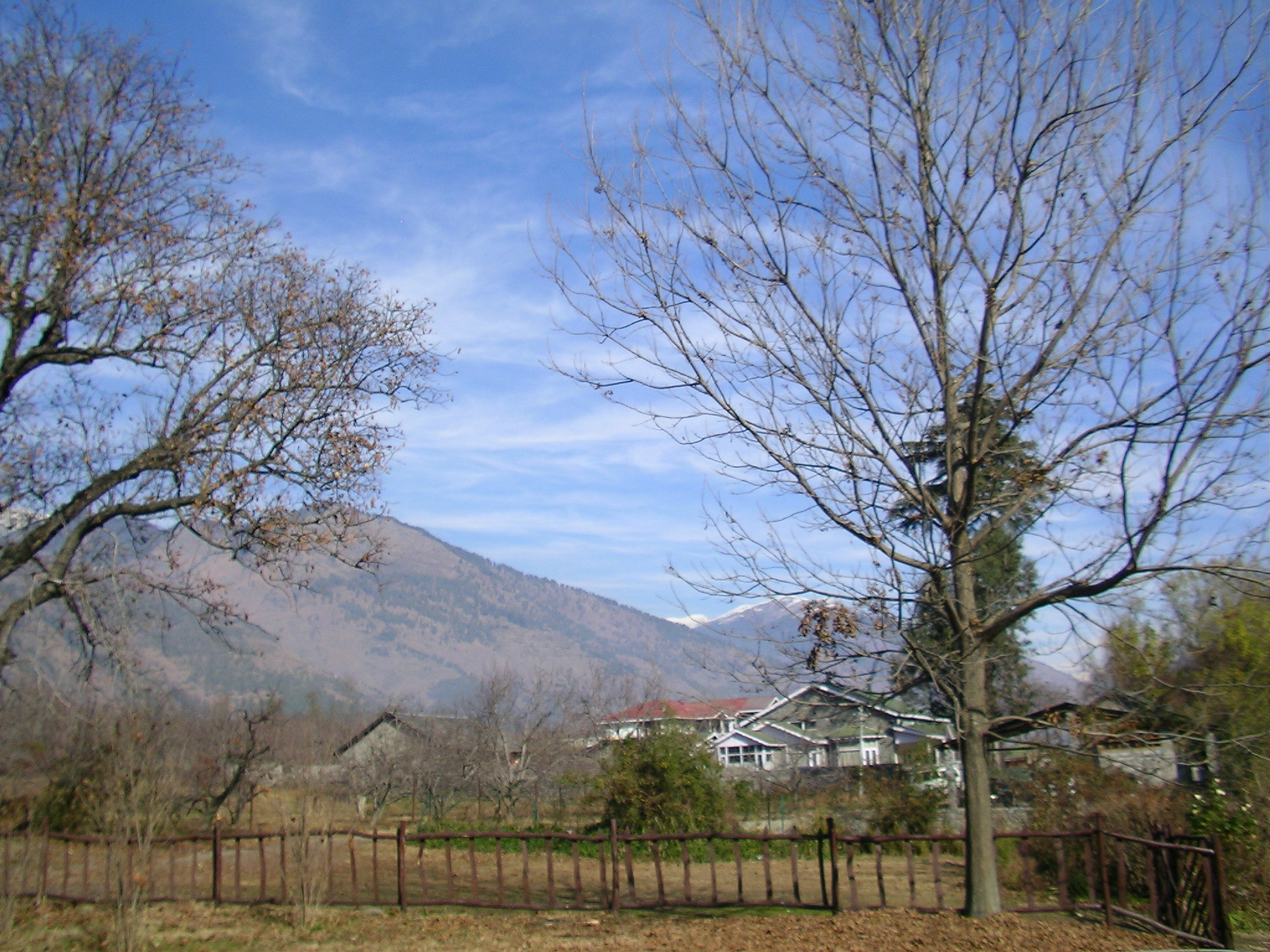 Away from the hill station crowds, Raison Kullu (or Raison Manali) is a secret Bollywood haunt waiting to be discovered!

As the bus jerks to a stop on the Manali highway and the driver yells Raison Kullu, I pick up my sleepy self and alight. On my left, a pebbly path winds uphill, away from the paved highway. The absence of a road is a sign that there won’t be many visitors here.

I climb past small village clusters, with red, purple and blue flowers intermittently dotting the edge of the path. The River Beas babbles harmoniously in the silence of the mountains.

On a plateau in the middle of this wilderness in Raison Kullu, I am welcomed into an 83-year-old bungalow built during the British era. Surrounding me are apple orchards and kiwi plantations. The trees have shed all their leaves in the cold December weather, but their bare branches lend a rustic charm.

The apple barons of the region have opened up this precious inheritance to travellers seeking a taste of royalty without a deep hole in their pockets.

We walk to the front garden of the bungalow, where unadulterated views of the Dhauladhar range await us, together with a sneak peek of the snow-clad Rohtang Pass. We bask under the winter sun, warming up over a cup of tea made with locally grown mint leaves. Occasionally chatting with the village folk as they expertly prune the apple trees growing on the slopes of Raison.

During a tour of his majestic house, Nakul, the great-grandson of the man who built it, reveals that it served as a five-star hotel in the early 1950s. Playing host to the likes of Jawaharlal Nehru and the earliest stars of Indian cinema.

During its transition into a home and then a home-stay, Nakul and his wife Smita, preserved its original mud walls, high wooden ceilings, and fireplaces with chimneys. All typical of British architecture and, as I would later realise, a natural way to survive the cold winter nights. Nakul confesses that it continues to be a secret getaway for Bollywood celebrities.

Also read: Awe-Inspiring Uttarakhand Homestays to Tune Out of Life

Feeling at home among the Himalayas and in this heritage home, I decline the offer of a day trip to see the crowds of Manali or raft in the waters of the Beas. Instead, I spend the afternoon strolling along the picture-perfect villages of Raison. Discovering byways beautifully lined with red and yellow pomegranate trees. Watching women carry firewood on their backs up precarious mountain roads. Admiring little cottages adorned with colorful creepers.

I’m reminded of the Alpine countryside of Europe, sans the common language, which helps me learn about the wood-gathering and tree-pruning lives of the village folk. The village houses are typically perched upon the hillside, overlooking the Beas below. Being so close to nature is perhaps what makes the people so full of life as they go about their daily chores.

It’s still early evening when the sun rapidly starts to sink behind the mountains, as though seeking refuge in the mighty Himalayas. The sky is orange, and the bare trees surrounding me suddenly seem more eloquent for my camera. The temperature dips sharply and I return to the royal recluse of my home for the night. A fire is lit, and time moves backward to an era we’ve only read about in textbooks.

Where is Raison Kullu located

Off the Kullu-Manali highway. Take the volvo bus to Manali and drop off at the Raison bus stop. Take a taxi to your accommodation from there.

Similar to the rest of Himachal Pradesh, winters can be freezing cold with snowy days. If you love that, this is one of the most beautiful times to visit Raison. Otherwise, spring, summer and autumn are pleasant with mild daytime weather and chilly nights.

Where to stay in Raison Kullu

Stay at a 80+ years old Ramgarh Heritage Villa nestled in the apple orchards, surrounded by mountains, hosted by a sweet family.

An edited version of this article was originally published in The Hindu.

Have you found any offbeat gems in Himachal Pradesh?