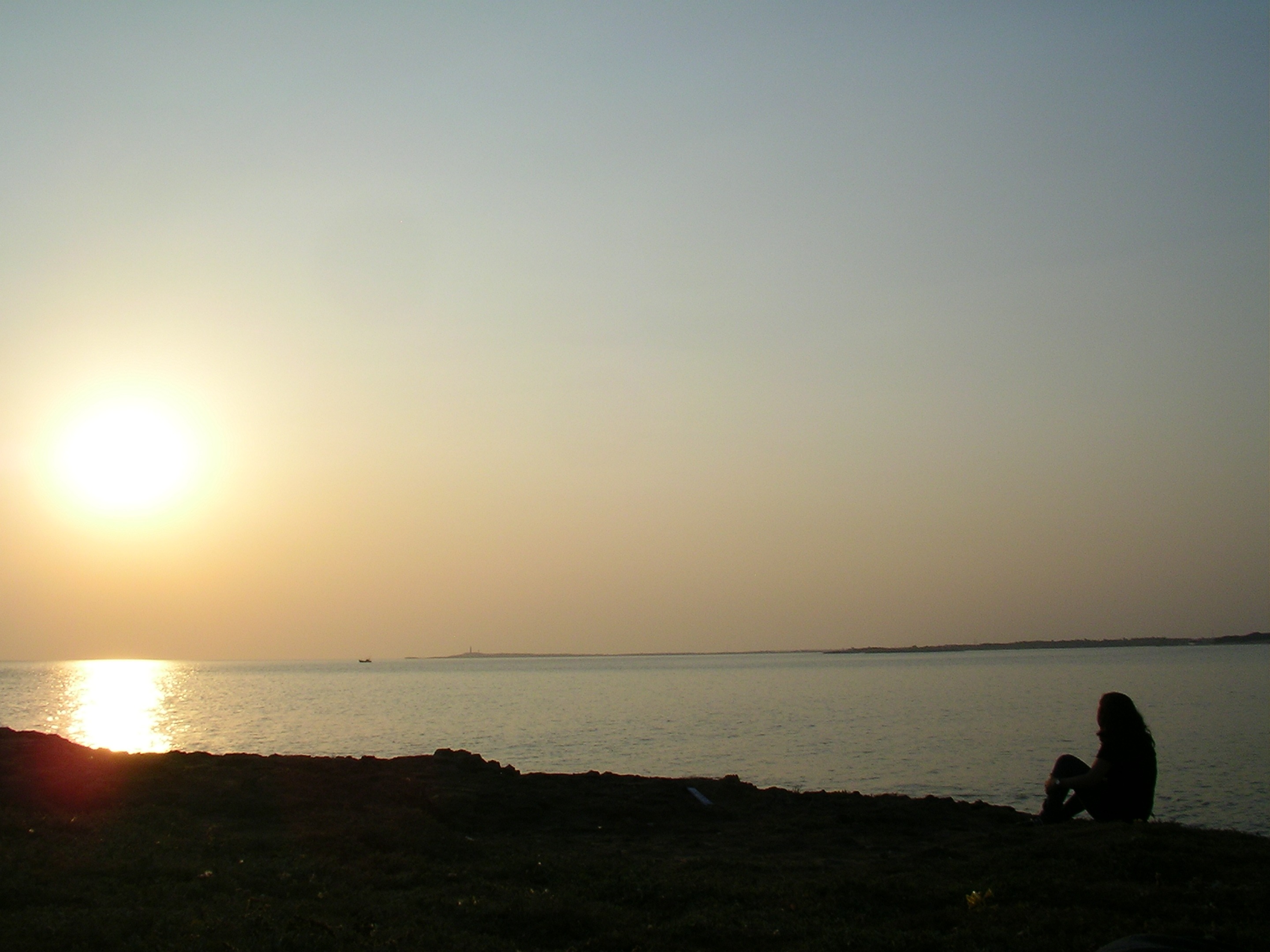 I softly tread on the white sand, slippers in hand and jeans rolled up. The residual waves of the Arabian Sea caress my feet and playfully slip the sand from underneath my soles. I look at the chirpy turquoise blue waters before me, and at the only trail of footsteps I’ve created in the soft sand; in a country of 1.1 billion people, you have to be really lucky to find a sun-kissed beach with not another soul in sight.

I arrived in Diu on a long, jerky bus ride from Ahmedabad this morning, and immediately fell in love with the laid-back ambiance of the island. The empty roads beckoned me to rent a scooter and drive along one of India’s most untouched coastlines. With the wind in my hair, I manoeuvred my way around the majestic churches of Diu, its sparsely populated villages, its Bohemian eating joints, and the remains of its old forts, all emanating parts of its Portuguese history.

Instead of returning in the evening to what is locally known as sunset point, a snippet of conversation with a resident of the island convinced me to head towards an edge of the island, where “there’s no one,” he promised. Following his directions, I found myself at the base of a cliff, on the right of which the sea and sand stretched for miles.

The sun is now a bright yellow ball of fire, and to my heady self, it appears to be smiling at my arrival. On an impulse, I drop my slippers and run into the sea. The waves throw me a frisky welcome; I float atop the smaller, jump against the mighty, duck under the intimidating, and often get hurled to the sandy seabed. Each time I look up, the sun has moved a few inches lower, and turned a few shades more orange.

A dozen colourful little structures on the cliff scramble for my attention, and as the tide starts to rise, I wade my way to the shore to attempt to climb the rugged but gentle slopes of the cliff. The structures, as I soon realize, are shrines that house the remnants of the Portuguese occupation of this little island. The waves crash sharply on the rocks at the edge of the cliff, and the sun turns a bright red, as though trying to prompt me of the original colour of these shrines. I keep them company till the sun paints the entire sky red and sinks all the way to the horizon.

Walking away in the after-sunset, I realize that the footprints I created on the sand have been wiped away by the sea. It has no memory, I’m harshly reminded. Tomorrow, it will kiss the beach again, play with the waves, shine over the shrines, colour the waters, paint the skies, and welcome any life that chances upon it.

This travelogue was originally published on Huffington Post after some serious edits. I still prefer this version.