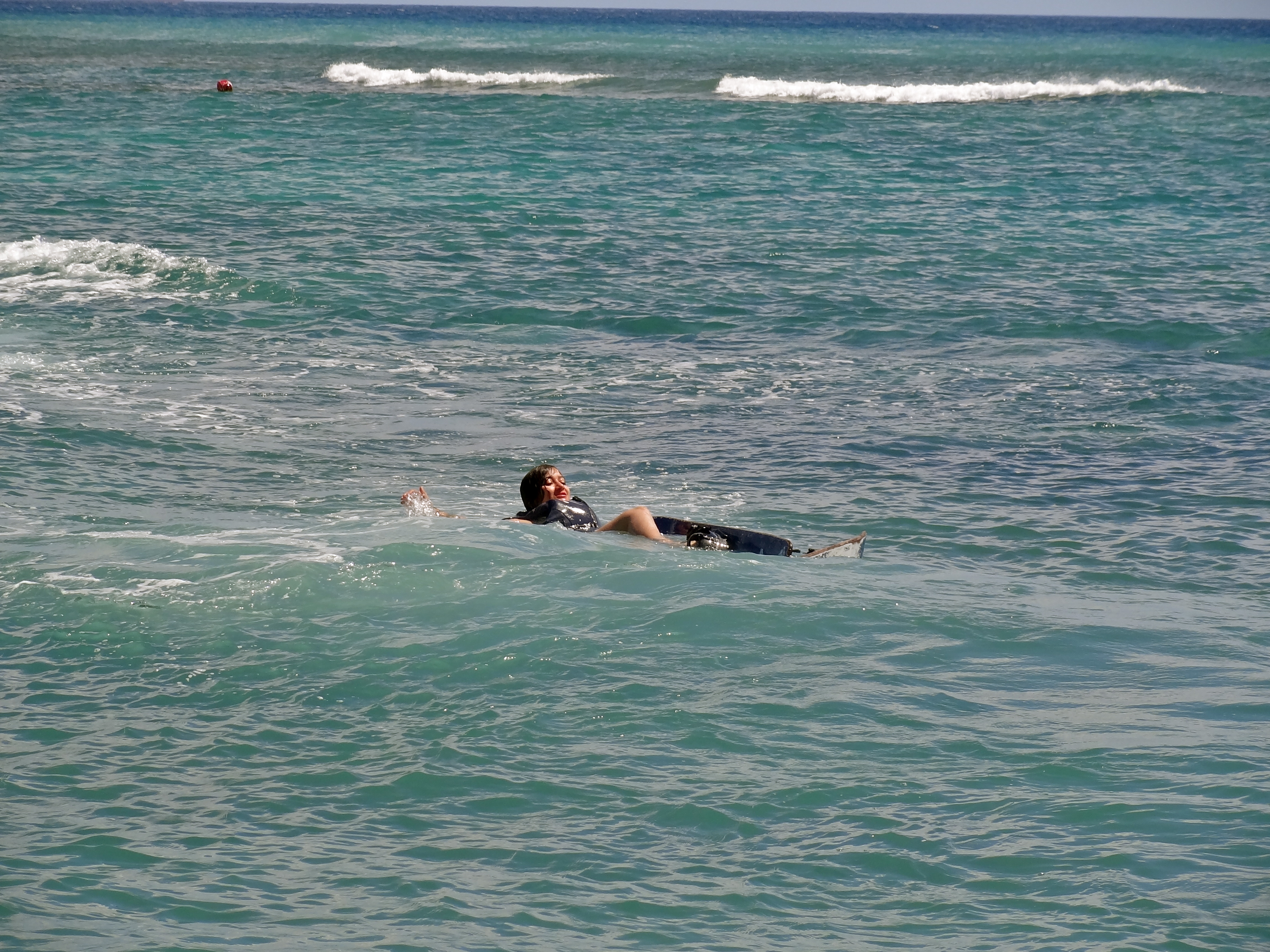 There are some stories that I promised myself I would never write. Like the time I fell into an open drain in Rajasthan. Or when I was convinced a leopard was going to eat me alive. Or a painful trip to a hospital in ‘paradise’.

In the crevices of my mind, I’ve been hiding away such memories. But it’s time to pen them, for these are the moments that keep travel real, and have gradually become good stories or memorable lessons:

Spending a chilly night alone on a broken-down bus.

On an ill-fated December night, a friend and I were on an overnight bus from Diu to Ahmedabad (Read: India Last Beach Paradise?), which broke down in the middle of the night, in the middle of nowhere. The locals disappeared one by one, some finding refuge in the house of friends, others walking many miles to a bus stand to hail a local bus. The road was absolutely deserted and we, unsure of where to go, decided to spend the chilly night in our broken-down bus. We shivered through the night alone, unsure if we’d get mugged or even survive the cold. Probably the longest night I’ve ever lived through.

Being offered to eat worms in the Philippines.

Sunsets like these helped me survive staring at gross foods in the Philippines.

On a casual evening in the 9th grade, in the midst of a serious discussion with a friend, I swore I would give up eating meat. It’s been 12 years since that resolution, and more difficult than sticking by it has been trying not to judge other people – people I know, live with, travel with, eat with – who eat meat. But my recent trip with the Funbassadors squad to the Philippines challenged me on a new level. I had to sit and watch as people sitting next to me cheered each other on to eat slimy wood-worms dipped in a gooey sauce. It was the single most disgusting thing I’ve had to witness. And I don’t even want to tell you about the balut…

Sleeping on a blood-stained bed in Vietnam.

One of the strangest things about travelling along the rural, untravelled countryside of Vietnam is that local buses which are to ply from point A to point B, stop at the nearest town as soon as night falls. Or atleast they did 5 years ago, when I was travelling there. We were on our way to Dien Bien Phu in northwest Vietnam, but at nightfall, still a distance away, the bus driver decided he could drive no further. There was only one shady guesthouse in the rundown town, with what looked like fresh stains of blood in the bathroom and on the bed. Enough said.

A cough so terrible, I could barely talk.

Sipping Chee in Dzongu. The only photo I got from that trip.

I caught a cough just before my recent trip to the eastern Himalayas (See: In Photos: Hiking from Darjeeling to Sikkim), and by the time I reached Dzongu in North Sikkim, it got so bad that I could neither walk nor talk without coughing my guts out. I decided to go back to Gangtok and see a doctor, who prescribed a bunch of medicines for a respiratory tract infection, and advised me to rest. I ended up spending an unexpected week in Gangtok, and am now authorized to write a travel guide about the city!

Creepy driver on the shared taxi from Kaza.

I’ve been asked several times about creepy men I’ve encountered during my travels. Lecherous looks and lewd comments aside, only one experience really stands out. I took a shared taxi from Kaza to Manali against my gut; the driver, a non-Spitian, appeared creepy even at the start, but when I saw two French guys get into the back seat, I figured I’ll be okay too. I sat in the middle seat with 3 men squeezed beside me, and they couldn’t help leaning on me on sharp curves. I wasn’t comfortable, so I asked to sit in the front seat next to the driver, which he took as a sign of me hitting on him! When we stopped for breakfast, he wouldn’t leave me alone in the open-air bathroom, and the entire journey, he made harassing, obnoxious remarks. In a long traffic jam near Rohtang Pass, he told me, it looks like we’ll have to spend the night together. After the overwhelming acts of kindness I had witnessed in Spiti, it was a rude jolt back to reality. I’ve never gone against even the slightest stirring in my gut since.

Trip to the hospital in Mauritius.

Falling into the ocean while water skiing in Mauritius.

A trip to the hospital in any part of the world is bad enough. But when you’re surrounded by pristine beaches in what feels like a tropical paradise, it’s worse. I went water skiing in the Indian Ocean (Read: Mauritius: 9 Experiences to Take Your Breath Away, Literally!), and found myself cringing with a painful ear-ache in the days that followed. A trip to a hospital emergency clinic became unavoidable, and it was the only time I had travelled out of India without a travel insurance. Thankfully, neither the diagnosis nor the monetary damage was as bad as I expected.

Convinced that I was going to be eaten alive!

Beautiful isolation by day. A little scary at night!

While I lived in Delhi, I made a weekend trip with a friend, to a jungle camp in Sattal, across the river and a 20 minute walk through the jungle. There is no electricity or connectivity at the camp, and we happened to be the only ones that night, together with 2 caretakers. We spent hours by a bonfire, hearing stories of leopards who came down into the valley, to kill dogs with a single sharp attack on their throats. We went on a night walk, and found the forest to be eerily quiet.

Late that night, I woke up to the sound of hoarse breathing right outside my side of the tent. I woke my friend up, and both of us, scared for our lives, tried to call the caretakers. There was no signal on our phones, and no response to our meek calls for help. We tried to stay silent, and when my friend shone the torch, we could see an eye and a tooth in a creepy silhouette. All I could think was, if it’s a leopard and he decides to leap at me, it’ll atleast be a quick death (Read: Camping in the Jungles of Uttarakhand). I’ve never been happier to see the sun rise.

Going on the Jagriti Yatra.

Docked near Hubli on the Jagriti Yatra.

It was only a couple of months since I had moved back to India from Singapore. I was trying to find my feet, looking for interesting causes to work with, and toying with the idea of India Untravelled. I got accepted into the Tata Jagriti Yatra, a train journey for wannabe social entrepreneurs to discover rural India. From the moment I boarded the dirty train with half-broken windows and beds, and rats running around, I hated it. We were served unhealthy, unhygienic food, prepared on the filthy stations where the train docked. Every morning, some 500 of us would bombard a small village to hear a small company boast of their successes. On day 4, when I decided I was leaving, the organizers threatened to come after me if I stepped off that train! Step off I did, feeling ripped of the precious money I had spent on the trip, and feeling sorry for the people who wanted to leave but were afraid to do so.

Falling into an open drain in Udaipur.

Catching up on work in Udaipur before the ill-fated evening!

I wish there was a more dramatic story to tell you how this happened. But we live in a country where potholes are aplenty, and silly me was walking one evening in Udaipur, from my hotel to the old town for dinner, while whatsapp-ing on my phone. Not once did I look up to see the path I had walked a few times that day. I literally walked straight into an open drain, much to the shock (and delight) of the taxi guys who hung around the area. Phone se upar nahin dekhte madam, they mocked. I had to shower a few times, wash my shoes more times, and throw away the track pants I had been wearing. D.i.s.g.u.s.t.i.n.g.

Your turn, tell me about your worst travel moments.