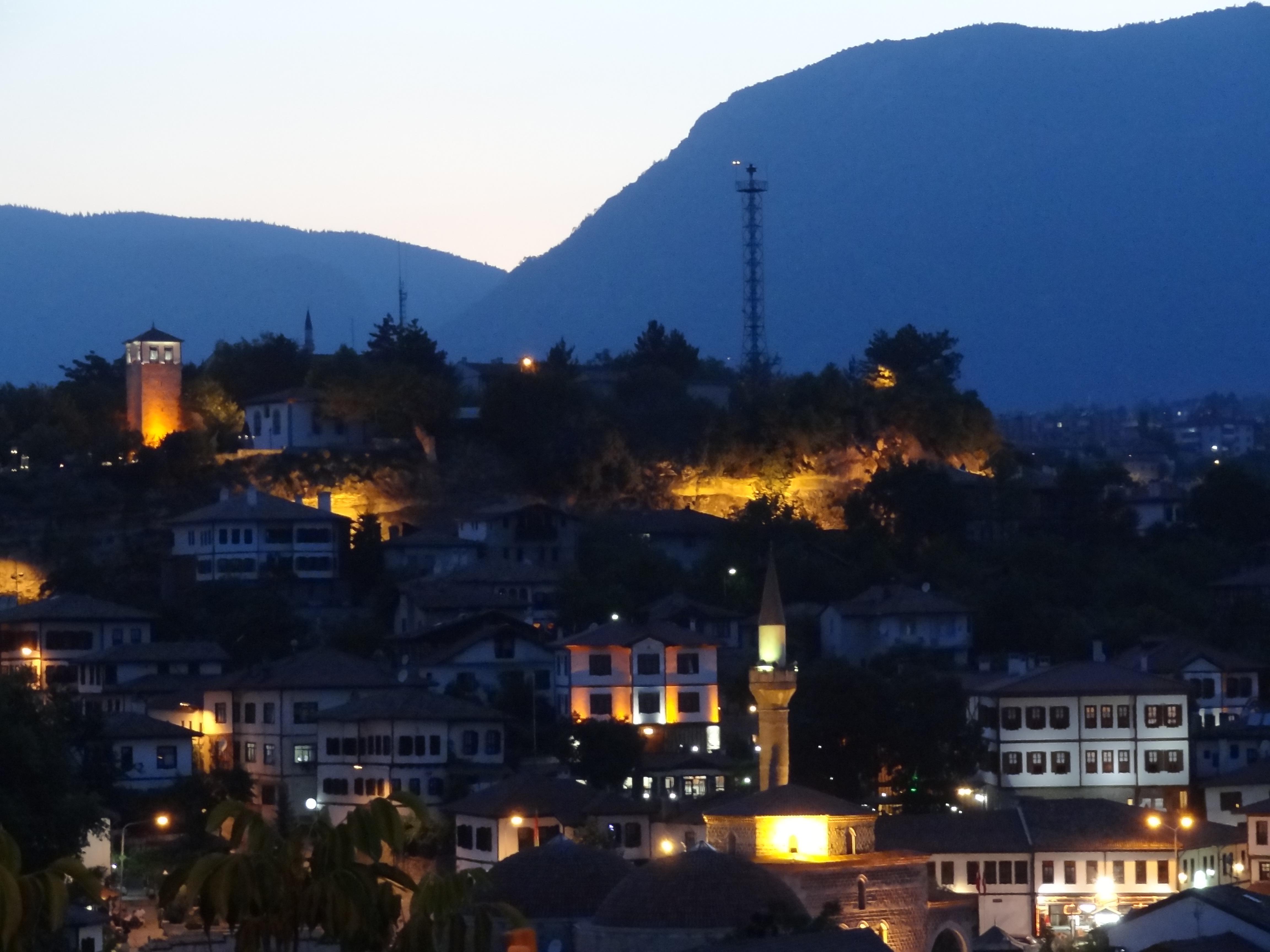 Living in a 300 year old Ottoman house, an unexpected friendship with a local blacksmith and more adventures, in Safranbolu Turkey.

In the wee hours of the morning, we manoeuvre my way through the cobbled streets and ancient stonewalls of Safranbolu, a small town in the western Karadeniz region of Turkey.

I had been reluctant to leave Istanbul, probably the first big city I’ve fallen so in love with. But as we step back in time into a 300-year-old Ottoman house perched on a slope, I’m glad we came!

Genghis, my host, greets me with a warm smile and bits of English, and shows me to my quaint room in the part of the house now converted into a pansiyon (pension aka guest house).

Genghis inherited this house from his great grandfather, and it is one of the many wooden houses with large windows, well-preserved wooden interiors, and a slate roof. These houses are the town’s claim to being a UNESCO World Heritage Site.

Hundreds of years ago, the Ottoman people, one of the greatest civilizations of the middle ages, built these beautiful houses amid the Karadeniz mountains with great precision and sense of aesthetics, interspersed with the many mosques of the town.

I wander along the by-lanes of the old town, admiring the ancient architecture, and often being greeted by old women clad in headscarfs, idling by their doorstep. Occasionally, a vintage car slowly drives past, probably as old as the town itself. As I’ll later realize, such vintage cars dominate most of Turkey’s Karadeniz countryside.

I stumble into a small lane with an open fireplace of sorts, surrounded by what look like a collection of Aladdin’s magic lamps in vivid colors, ancient weapons, and the remains of a huge old manual camera. A man taps me on the shoulder and invites me into a big, dimly lit room, which seems to continue the artefacts displayed outside.

He points one by one to the many newspaper clippings covering the walls, each of which carry a picture of him or this workshop, and from the only one in English, I figure that he is a renowned blacksmith in the region.

His art has been handed down orally from one generation to the next, and he’s been at it for the last 35 years! When I tell him I’m from India, he gives me a big hug and invites me to his gallery for a cup of çay (Turkish tea).

We talk, half in English, half in Turkish, mostly in sign language, and when I’m ready to leave, he draws a heart on my palm, calling one half Turkey and the other, Hindistan. I get used to such overwhelming gestures during the course of my travels along the Black Sea. I promise to send him the pictures we take in the gallery with his intricate creations.

Hungry with all the walking, I walk into a cosy neighbourhood café and ask a kind looking lady if she can make me anything vegetarian. She flips through her menu, and offers to make me Peruhi, but can’t recall the names of the ingredients in English.

I give in, and fifteen minutes later, I’m pigging out on a bowl of delicious homemade pasta cooked with yogurt and mint. For the first time since I’ve arrived in Turkey, I try a phrase I’ve been practicing. Bee teer deem. It was delicious.

Back on the cobbled streets, I walk along the street market of the town, and stop by a shop with rows of colourful soaps: the secret to the beauty of the Turkish people?

A man standing outside his shop gestures to my hand and sprays on it from a small bottle a scent that smells heavenly. He shows me a pile of onion-like bulbs, and points to a big bottle of saffron. In a eureka moment, I realize that what he sprayed was a saffron perfume, and better still, that this is where Safranbolu derives its name.

I resist the temptation to walk into the town’s 17th century Hamam of the town, having already lost my Turkish bath virginity in Istanbul and a fair amount of Liras. Instead, I hike up a plateau, atop which is perched a café with stunning night views of the town below. The Ottoman houses are lit in cosy yellow light and the minaret of the old town’s biggest mosque casts a glow on the town.

I sip my hundredth cup of çay for the day, wondering how life would’ve been any different in the Ottoman times.

Would you like to visit Safranbolu, Turkey some day?

10 Travel Tips to Plan Your First Trip to Turkey

Dear Turkey: My Million Reasons to Visit You

An Unexpected Friendship in Ordu, Turkey