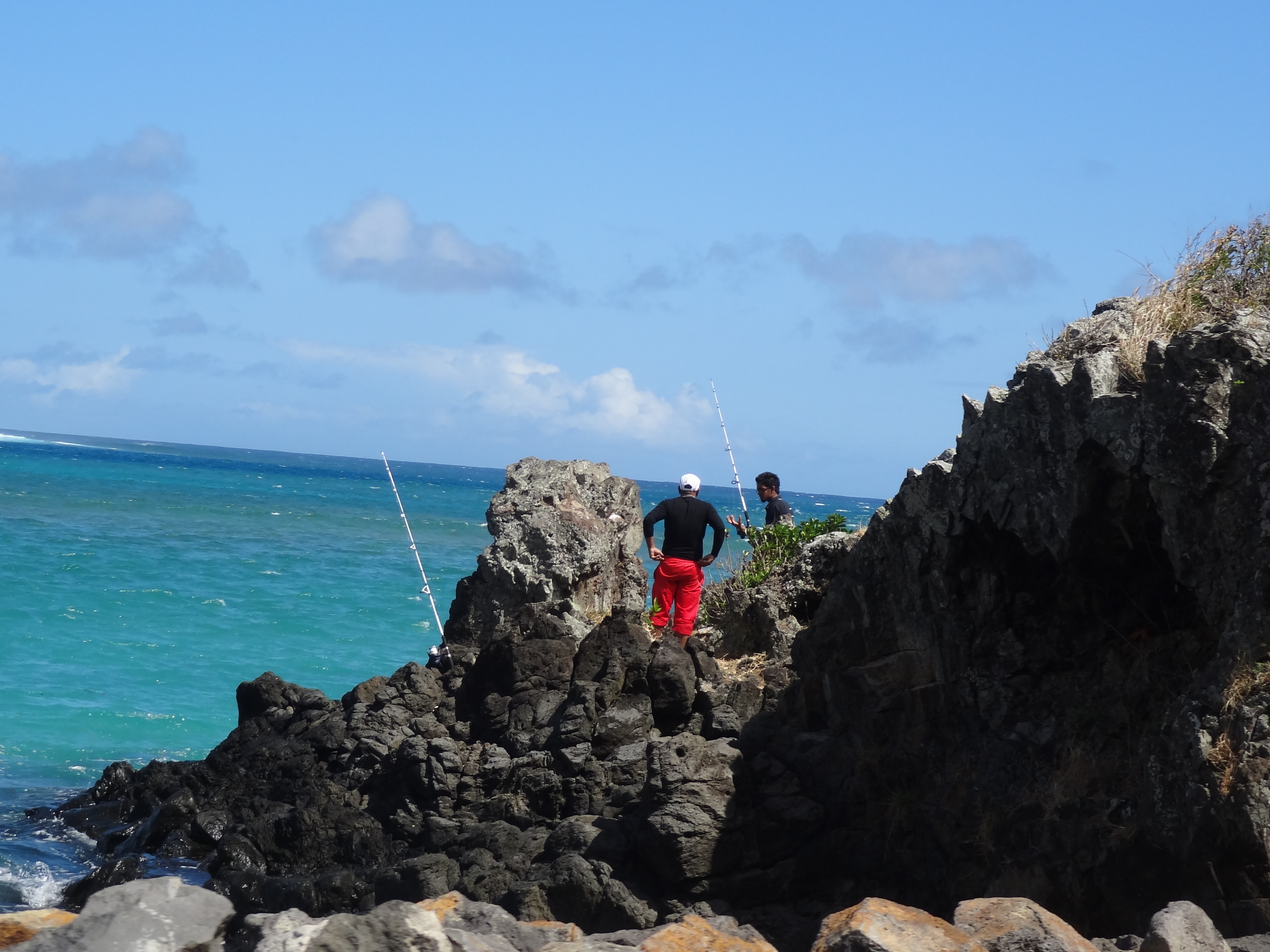 On my first day in Mauritius, I couldn’t help but envy the lifestyle of the laidback locals lounging around in their Hawaiian shirts. I assumed that living here was paradisiacal indeed, what with constantly being surrounded by the azure waters and not having to deal with the worries of city life. Meeting a fisherman on the island would make me realize otherwise.

I checked in at Le Meridien Ile Maurice, with a plan to indulge in everything that Mauritius is famous for; sunbathing on my private beach with a cocktail, swimming with the ocean in sight, riding a glass bottom boat into the sea, and whiling away time in my balcony overlooking the turquoise waters. Then one day, as I watched the sunset paint the sky red from the resort’s jetty, which protruded into the vast ocean, a young man waded ashore from the shallow waters, wearing a worn-out sweater and carrying a bucket of seashells. A small-boned man of Indian origin, Ravi was a fisherman by profession and an occasional peddler of seashells at the resort. His disarming demeanor immediately struck a chord with me, and we delighted in each other’s company as the sun sank below the horizon.

The sunset painting the sky red.

We talked late into the night; I was curious about his life on the island and he about my solo sojourn in Mauritius. His eyes lit up each time he spoke of his encounters at sea; just that morning, after a futile fishing session, he jumped off the boat into the deep sea to snorkel, and spotted a swordfish! While many of his friends sought higher incomes in factories, he chose to be a fisherman so he could feed his family even on days when he made no money. He pointed to some dim lights at the far end of the beach and called them home, but went on tell me that he considered himself very lucky to be able to live by the sea, afford a nice sweater to keep warm in the not-so-cold Mauritian winter, and meet friendly people at the beach who took him around the world with their stories.

Who wouldn’t want to dive into these waters?

When I asked if he had ever travelled out of the country, he recounted his fishing trip to Madagascar eight years ago, when fishing laws were still lax. He and three friends took turns to row their open boat and fish, and at nightfall, lit a fire on the boat, cooked and ate the fish, and sang songs to the sea. The fading memories of his adventure made him wistful, and in the tunes he hummed, I could almost hear the joy of a big catch, the roar of the storms they braced, and his unending love for the sea. The anklet of seashells on his bare feet shone in the dim light, and as we walked along the beach at Pointe Aux Piments, I heard him rattle off sentences in eight different languages, of which he had learnt Spanish and Italian at the resort itself, while selling seashells to sunbathers.

The beach along Pointe Aux Piments.

In Ravi’s adventurous spirit, I saw a little bit of my own; in vastly different ways and worlds, we are both trying to choose the things we love, over money. The difference though, is not that he lives in paradise and I continue to seek it. But that he has realized that paradise is nothing more than a state of mind, and a way of life.

Have you met anyone on your travels who taught you an important lesson about life?

An edited version of this story was published in The Times of India supplement, Mumbai Mirror.