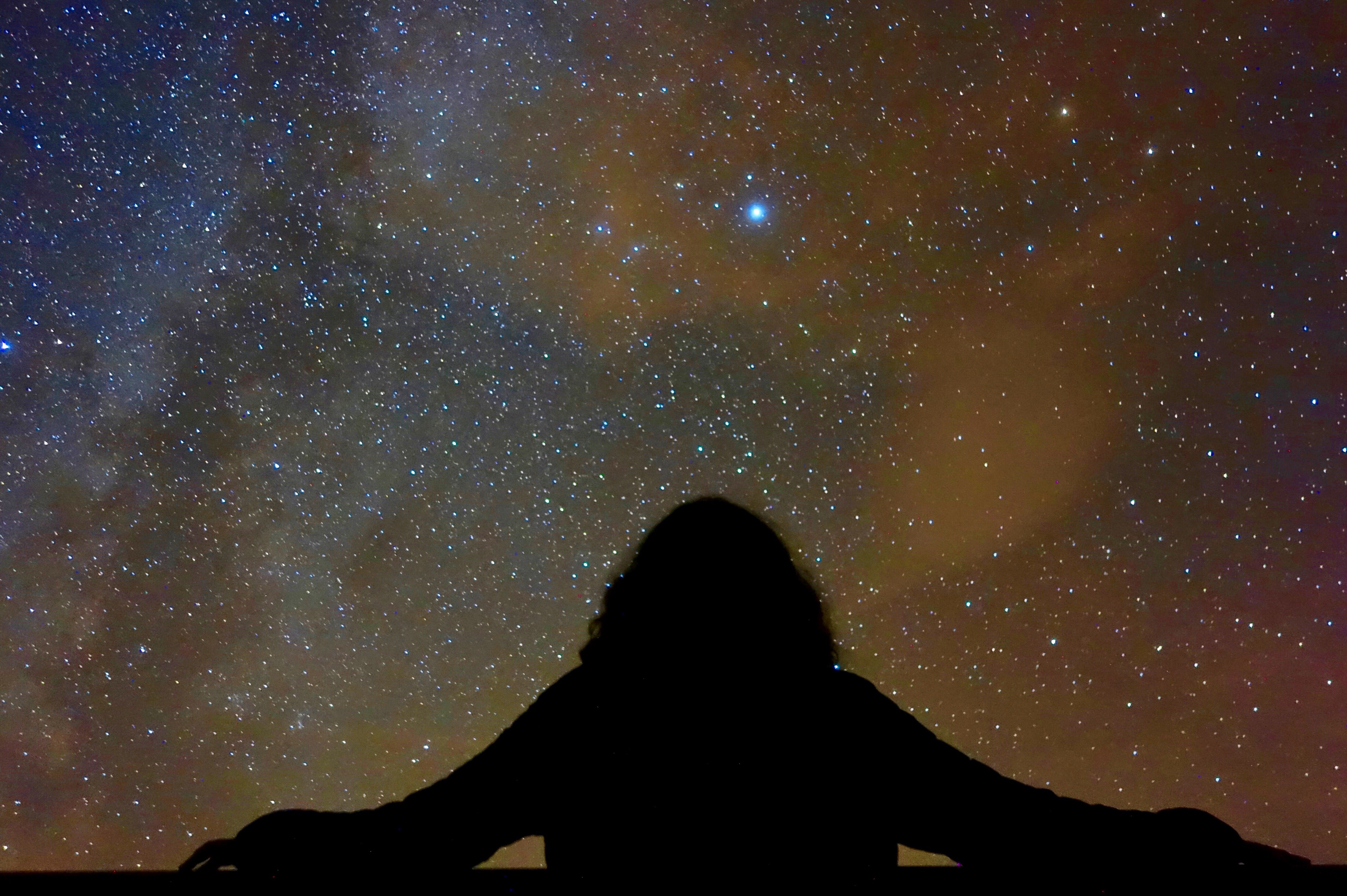 Light-headed from a swig of fine Welsh whiskey, I decided to turn off the lights and rest my aching muscles after an incredible day of mountain biking. As my eyes adjusted to the darkness, I was surprised to see a million stars twinkling in the night sky outside my window. Just 2 hours from the city of Manchester, by the majestic Lake Vyrnwy, I sat under the Milky Way, spotting constellations and shooting stars, and thanking *my* stars that I ended up in North Wales – definitely the most underrated part of the United Kingdom.

I have to confess that Scotland and Northern Ireland had stolen my imagination as I planned my blogging trip to Britain, but as luck would have it, I wound up in Wales on a wild adventure trip. Wales Tourism Board cheekily gifted us a pack of relaxing salt foot soak, sure that we’d need it by the end! Seriously, I should’ve known by their sense of humour that this was going to be quite the trip.

I’m saving the adventures (think surfing, canyoning and coasteering) for another post, because first, I need to share all the other reasons I unexpectedly fell so in love with Wales:

Given India’s colonial history with Britain, I was surprised by how little I knew about Welsh culture. In 5 short days, I was as fascinated by the country’s dramatic past (and the ancient castles that bear witness to it) as by the innate friendliness with which locals interact with each other. The Welsh language, part of the Celtic group of languages, is mind-boggling. For starters, Wales is called Cymru in Welsh and pronounced kh-um-ri; ‘how are you’ in Welsh is Sut wyt ti? The bilingual road signs while driving through the country sure kept me entertained!

Wales also has a village whose claim to fame is the world’s longest name, Llanfairpwllgwyngyllgogerychwyrndrobwllllantysiliogogogoch – which translates to “St Mary’s Church in the hollow of the White Hazel near a rapid whirlpool and the Church of St. Tysilio near the red cave!”

Also read: If You’re Looking for the “Shire”, Come to Georgia

Perfect for a road trip!

I always imagined Scotland to have Britain’s most breathtaking scenery, but my only glimpse of the Scottish Highlands outside of Inverness (I know I need to go back and explore more) didn’t inspire me as much as the rugged mountain scenery and vast green meadows of Snowdonia National Park. We saw more sheep than people, and I experienced the most vivid dreams in that pure mountain air.

Welsh towns are right out of a storybook!

That traveling back in time feeling.

My first Welsh town was Conwy, a UNESCO world heritage town built within the walls of a 13th century castle – and despite being a tad touristy, I loved its old medieval-era houses and even spotted an organic community garden that welcomed anyone to pick fresh vegetables for no cost. But what I loved more were the countless little towns we drove through, stopped for lunch in, and killed some rainy days – cobbled streets, old stone houses, cool pubs, so much to love!

Inspired to write by Lake Vyrnwy.

I casually asked a local what the most popular festival in Wales was, expecting the answer to be Christmas or perhaps a music festival. Turns out, the biggest festivals in the country are centred around poetry, literature, writing and an inward search for a national identity. I imagined them to be much like the ‘poetry on tap’ nights we had back in college, only on a bigger, more festive scale. Beyond The Border, an international Storytelling festival in Wales is one for the bucket list!

Canyoning (aka climbing waterfalls) on our Wales trip!

Northern Wales is on its way to becoming Britain’s adventure capital and I can tell that adventure is ingrained in the local spirit. Every rare car that crossed us had a kayak on its roof or mountain bikes in its trunk; every other local I chatted with had been on or was planning to embark on some epic adventure (one guy was getting ready for a cross-country kayaking expedition!). The mountain biking and surfing centres we visited encouraged kids to start training as early as 6 years… imagine if we did that in India 😉

But the real ode to Wales’ adventurous soul? They’ve created a whole new adventure sport called coasteering! The idea is to hike along the coast, jump off cliffs into the sea, swim to secret coves (so what if the water is 6 degrees?), scramble up rocks and get upto more craziness… all in the name of a casual sport.

I think my real “OMG, I love Wales” moment happened the night I sat alone on my balcony, under the most incredible night sky I’ve seen this year, second only to Ladakh; it sure quashed my notion of Britain as merely dull and rainy!

Visa for Wales: Indian passport holders need a UK visa to enter Wales, and I had a somewhat challenging time scoring one (Read: How I Manage Visas on My Indian Passport as I Travel Around the World). The process is the same as applying for a Schengen / Canadian visa, but VFS UK in India doesn’t have a reliable helpline for status updates. Since I didn’t opt for a fast-track visa, it was a nail-biting wait till the day I was to fly out; I’m glad I scored it on the 11th working day. Give yourself plenty of time or go fast track.

How to travel to and in Northern Wales: We took a flight from Inverness to Manchester, from where the Welsh border is about a one-hour drive. Much like the Schengen zone, there are no immigration checks within the UK. We did a road trip through Northern Wales, though some of it can be covered by public transport.

Where to stay: I loved my stay at Lake Vyrnwy Hotel & Spa, for its bird’s eye view over Lake Vyrnwy and the dark night skies. The next time I go back, I’d love to stay at little B&Bs all along the Welsh countryside.

Vegan/vegetarian food in Wales: I had a bit of a tough time finding vegan food in Wales, but mostly because we were on a pre-decided itinerary and ate at hotel restaurants. In some towns we stopped along the way, I came across cafes and pubs with a few vegan/vegetarian options. See Happy Cow and Eat Out Vegan Wales for ideas.

Has Wales made it to your UK travel wishlist?

I wrote this post as part of the #FindYourEpic blogging trip in Northern Wales, hosted by Visit Wales and Visit Britain. Falling in love with Wales was easy!