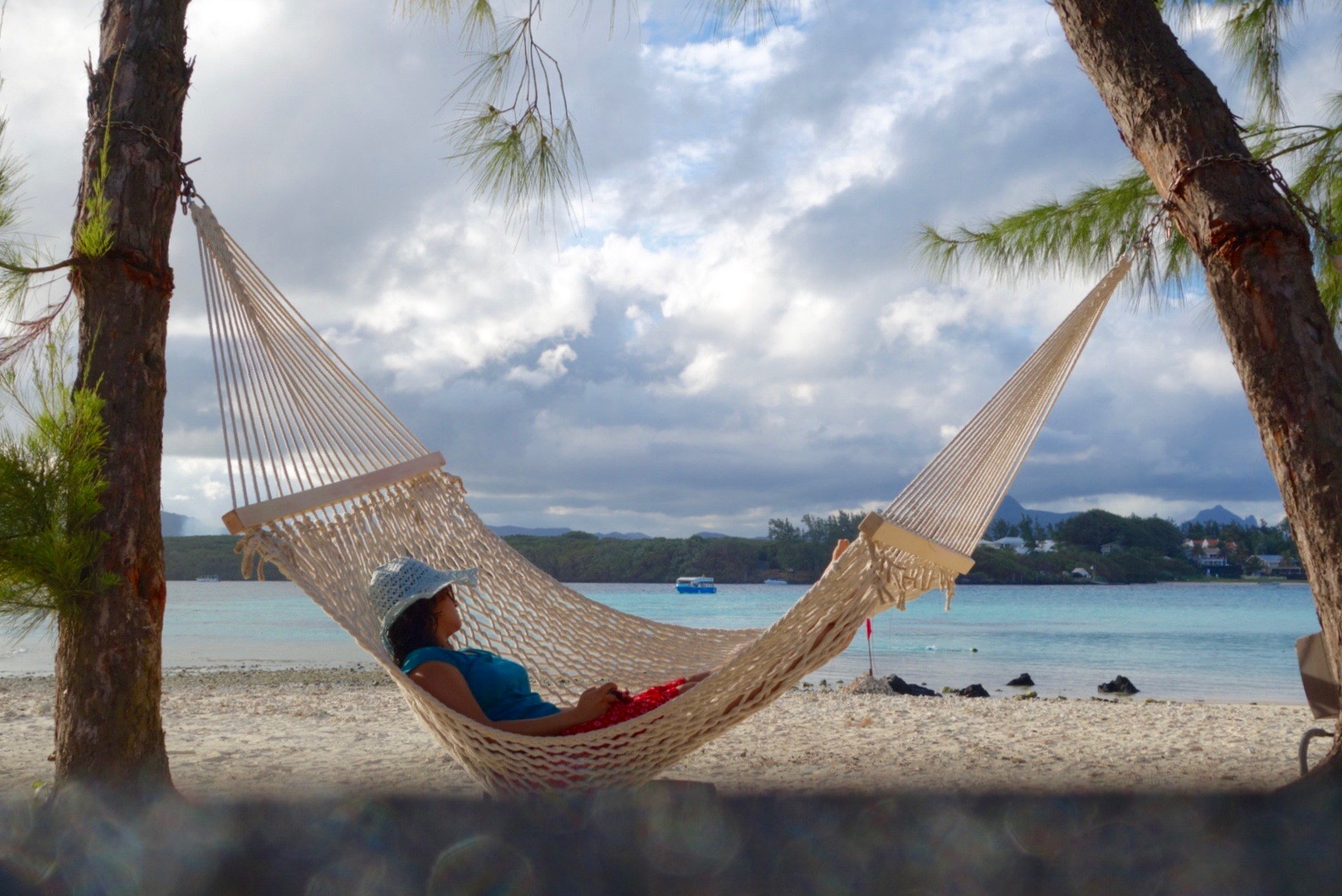 Under a million stars and a moonlit sky, I lay on the roof of the home of a Mauritian-British couple. Only the distant sound of the Indian Ocean’s gentle waves kept me company, blissfully far from the honeymooners and sunbathers who flock to the island. Wishing on shooting stars and trying to spot constellations, I was slowly lulled into a deep slumber by the gentle breeze. I woke up to Creole music pouring out of a neighbor’s house, in the imposing backdrop of Le Morne mountain. Living in this typical Mauritian fishing village, I felt like an islander myself.

Over two trips to Mauritius, I’ve discovered unique accommodations that go far beyond fancy resorts (where you could be anywhere in the world) and give you a peek into the unique soul of the island:

Can’t believe this is Mauritius too!

It was at Mon Choix, the incredible, sustainably built home of a Franco-Mauritian couple, that I first realized there’s more to Mauritius than its postcard beaches. Perched 700 feet above sea level in a tiny village, I remember waking up to a bird’s eye view of Port Louis and the valleys beyond, surrounded by endless sugarcane fields swaying in the dramatic shadow of Long Mountain – the perfect setting for a lavish French breakfast. Hiking in one of the few surviving green pockets of the island that haven’t been influenced by tourism, swapping stories with my hosts of long forgotten Indian traditions (like walking on coals and Thaipussam) that still survive in their village, and revelling in dark, starry night skies – these marked the beginning of my love affair with Mauritius.

In the only protected marine reserve (and hence the best snorkelling bay) in Mauritius, we were lucky enough to call Chez Pat – Patrick’s charming bungalow – home for a few days. Cycling in the quiet by-lanes of our local neighbourhood, lined with sugarcane fields and colorful wild flowers, is the image that first pops up in my head when I think of Mauritius these days. After lavish poolside breakfasts with our host, our days were spent swimming and snorkelling in the crystal clear waters of Blue Bay, and driving along the scenic coastal route in the island’s south. If I ever move to Mauritius, this is what I’d want my days to be like.

Coolest bed I woke up in, in Mauritius!

I understood the spirit of Mauritius far better in a single afternoon from the balcony of my cosy, minimalist studio in La Gaulette, than I did over a week of fancy resort living. In the mornings, vegetable sellers drove their modified vans through narrow neighborhood streets, playing upbeat reggae music, as locals – a mix of Hindus, Christians and Muslims – stepped out of their homes, exchanged neighbourhood gossip and bought fresh veggies for the day. By evening, fishermen came home from work, and caught up on the day’s affairs and the European Championship in the lone village pub. I ran into the same people again and again – at the supermarket, on the streets, in the pub, even while riding my bike to the pristine Le Morne beach – that making friends was inevitable! I left convinced that on my third trip, I’ll make Trish & Kev’s stunning home my own for atleast a month.

Not on Airbnb yet? Sign up with my referral link to get 15$ off your first stay.

Sunrises worth waking up for.

Even before I arrived at this boutique resort on the secluded east coast, I was in love with Ambre for its daring ‘adults only’ concept! But there’s so much else that makes it stand out; Mauritians form 100% of the staff, and hearing their tales of island living inspired me to connect with other locals in the nearby fishing village. At Ambre, I witnessed my most dramatic sunrise this year, and although I had some pretty delicious meals in Mauritius, my favourite was a creole-influenced fusion (vegan) spread made by the in-house chef, washed down with smooth, homemade vanilla rum. Staying here made me realize that I need to rethink the notion of ‘all-inclusive’ as the opposite of experiential travel.

Also read: Mauritius is Not Just About the Seas You Sail, But Also the People You Meet Ashore

Nestled in the wilderness along the shores of the Grande Riviere river, Otentic was love at first sight; their idea is to introduce both travellers and locals to eco-conscious glamping (glamorous camping) – the only one of its kind on the island. Luxurious tents raised on wooden stilts are perched on a hill, you can kayak down the river to secret waterfalls and into the Indian Ocean, and my favourite part, feast on authentic Mauritian street food – think Farata and Indo-Creole curries, which are rare to find outside of weekly street markets.

Also read: Awe-Inspiring Hideouts in Uttarakhand to Tune Out of Life and Tune into the Mountains

Cast away on a remote island near Zilwa Attitude.

I distinctly remember the feeling of arriving at Zilwa Attitude (even if for a day adventure), where the lobby overlooks an infinity pool, the Indian Ocean beyond, and Coin de Mire island far into the horizon! But what I really loved is the local (and eco-friendly) twist to all the luxury that Zilwa – which means ‘islander’ in Creole – offers. With them, we spent the day cycling across sleepy coastal Mauritian villages and having a cast-away adventure on Gran Zil, a private, uninhabited island, accessible only by a float; after all, what’s a trip to Mauritius without that Robinson Crusoe feeling?

I wrote this post as part of the #MyMauritius blogging trip, created and managed by iambassador in partnership with Mauritius Tourism and Air Mauritius.

Incredible Eco Lodges Around the World: Indulge Yourself and Save the Planet