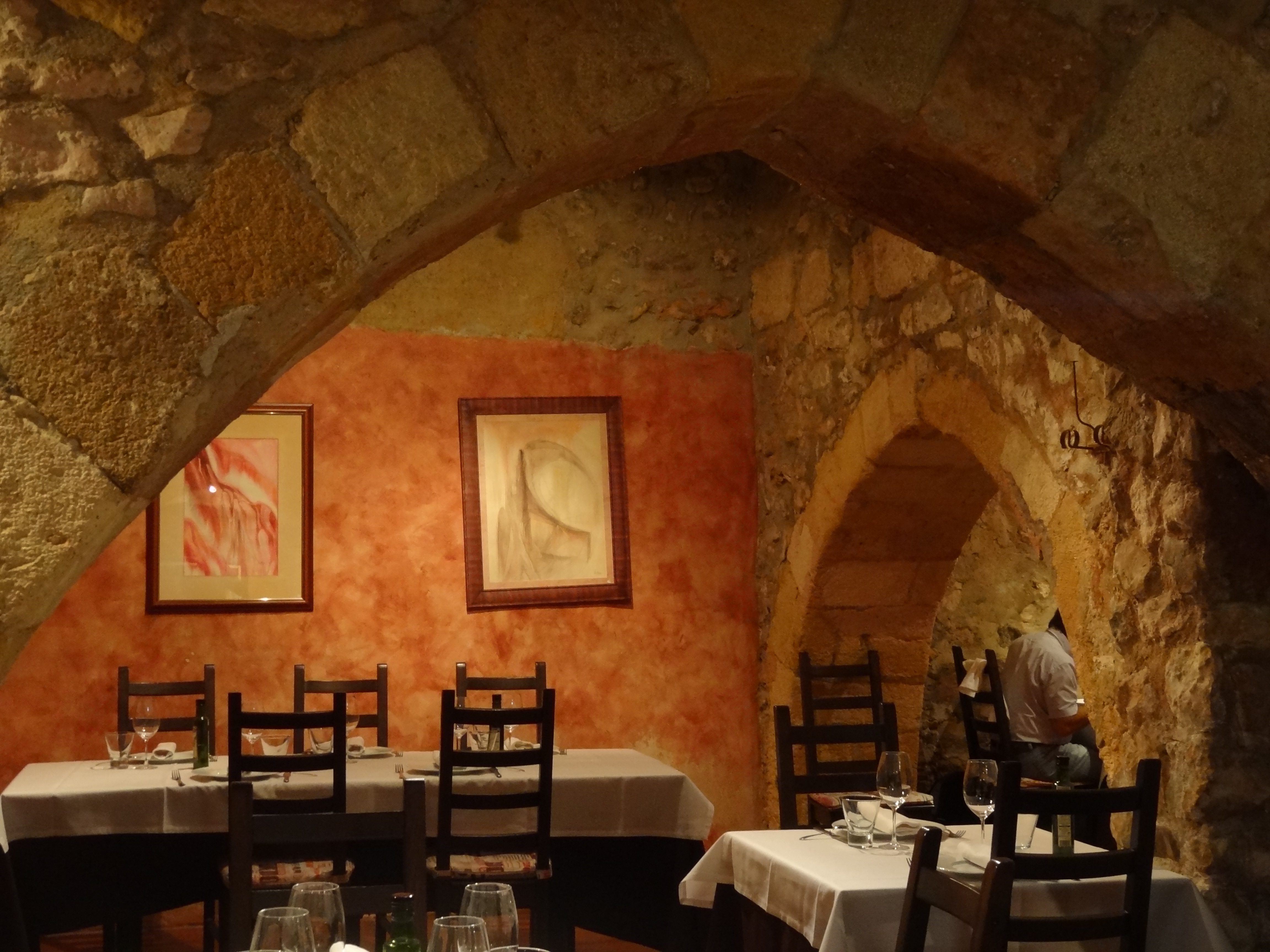 It lies before us in all its splendour, brought to life by incessant cheering and booing. Men in white togas, and women dressed in colourful long tunics, keep their eyes glued to the pit below. The chariots have circled the arena, and the dust kicked up by the hooves of their galloping horses is slowly settling down. Armour-clad gladiators take centre stage; battle-hardened men who know this might be their last fight. The smell of sweat hangs heavy in the air, as their bravado drives the fourteen thousand spectators wild. The crowd is baying for blood, as a strong sense of anticipation mixed with dread engulfs the atmosphere. I am forced to look away from the bloodshed, towards the calming expanse of the emerald blue Mediterranean Sea that this Roman amphitheatre overlooks. I shake off these musings and smile at my vivid imagination.

My mind darts back from the second century, just in time to hear our guide Paco, explain that Tarraco, as Tarragona was then called, was the first city of the Iberian Peninsula to be captured by the Romans. It quickly rose to significance, with a brief stint as the capital of the Roman Empire, and the Roman amphitheatre we are at now, is where gladiator fights took place and death sentences were carried out. In the year 259, the Bishop of Tarragona and his two aides were burnt alive before a roaring audience, one of the many Christian persecutions issued by the then emperor. Five hundred years later, the Visigoths would oust the Romans and erect a basilica to honour the three martyrs.

Our guide Paco from August Tarragona.

I had first noticed Tarragona on the live route map on my Turkish Airlines flight to Barcelona; it was the only labelled dot among the prominent towns of Catalonia that I failed to recognize. The Moorish rulers, who followed the Visigoths, overlooked Tarragona as a centre of power and let it recede into its pre-Roman obsolescence as a sleepy countryside town. It remained Barcelona’s lesser-known neighbour up until the 1990s, when it finally found a place among the UNESCO World Heritage Cities of Spain for its well-preserved Roman ruins, and consequently on the map of Spain Tourism.

What was once the administrative block of Roman-owned Tarraco is now the residential old town of Tarragona, seated on a hill above the Mediterranean Sea. Quaint and charming like any typical old town in Europe, but with a unique Roman character that immediately transports you to the medieval ages. Narrow cobbled streets run between the rugged exteriors of old stonewalls, interspersed with earthy balconies and doors, adorned with colourful flowers and flags, and in some places, jarringly juxtaposed with modern construction because the ruins had aged beyond survival. After centuries of imperialism, the sense of freedom on these streets is still relative; several houses display Catalan flags with a star, showcasing their support for a Catalonia independent from the rest of Spain.

A Catalonian flag on display in Tarragona’s old city.

Massive stone foundations and medieval ruins, dating back two thousand years, lie along the town’s plaza and now serve as a meeting point. The interiors of homes, cafes, restaurants, bars and even banks, are still adorned by Roman arches; their own personal souvenirs from history. The oldest shop that stands in the old town dates back to the 1700s, and has been continuing its legacy of selling candles for almost three hundred years.  The cobbled streets culminate into the colossal Catedral de Tarragona, which is perhaps the only evidence of Moorish influence on the town; Romanesque, Gothic and Renaissance eras are equally reflected in the cathedral’s architecture.

Arcs, a Michelin-recommended restaurant in Tarragona with delicious food.

The four thousand people who live in the old town of Tarragona hardly seem to resent awestruck visitors, as they stroll, marvel and click along its narrow winding lanes. Up until twenty years ago, the ruins lay ignored, making Tarragona a sleepy countryside town with a pretty long beach. Its rebirth as a site for tourism, just a forty-five minute drive from Barcelona, has led to much development, the foremost being that of its own version of Barcelona’s famous Las Ramblas, a modern street with elegant stores and cafes, albeit called La Rambla for being smaller than that of its namesake. Yet, the city’s extraordinary past is sprinkled with moments that remind you that this is Spain, like stumbling upon a Tapas bar offering all drinks and tapas at 1 Euro during happy hours, or walking into a lane with brightly coloured road dividers and discovering that an artist frustrated by their nondescript appearance took it upon himself to paint them.

A Tapas bar in Tarragona.

Ambling along the modern side of Tarragona however, makes me yearn for a glimpse of its second century Roman character, and I’m left envious when Paco tells me how he grew up playing alongside the then deserted ruins with his childhood friends.

This story was originally written for The Hindu.

Life in Ibiza: A Photo Essay

First Time to Spain? 10 Travel Tips to Plan Your Trip.